Nature can produce breathtaking and awe-inspiring things. From peacocks to the mandarin fish, nature is often wonderful. However, it can also be terrible. The following creatures could easily be confused as works of fiction, as they twist our impression of nature, delving deep into our worst fantasies. The following creatures are real. They live amongst us and within our deepest nightmares! 13 Things of Nature’s Nightmares.

The Loosejaw sounds like a brand of gobstopper, but it’s actually a twisted horror creature from the darkest deepest pit of your nightmares. It’s a small deep water fish which has evolved so that the skin on its mouth no longer exists, which allows for its jaw to shoot out with little resistance from the water. Apart from telescopic jaw of doom, it also has HEX eyes that glow a bright red, looking deep into your soul. Those red glows are actually a clever way to spot prey in the darkness of the deep sea. Many creatures can’t see the red spectrum of light, but the fiendish Loosejaw can. This means that it can spot and hunt its prey, without the poor thing even knowing that the Loosejaw was there.

The Pacu fish is one of those creatures that you’ll swear was photoshopped, having evolved human like gnashers. This toothy fish is actually a relative of the piranha, but rather than having sharp pointy fangs, like its traditional cousin, The Pacu has smooth flat teeth, much like humans. This omnivorous creature is much larger than a piranha, reaching up to 0.9 m in length.
No matter how many times we see pictures of these creatures, if we ever caught one whilst fishing, it would still leave us screaming, as it silently grinned up at us through a perfect pair of pearly whites.

The bleeding tooth fungus is a super creepy mushroom that produces an effect that any horror movie makeup artist would be proud of.  Young, fruit bodies can “bleed” a bright red fluid that looks like it’s bleeding. The unusual appearance of the mushroom should be enough to put any off from wanting to eat it, but at least one person has tried it, as the fungi is branded as “inedible”. It’s not poisonous, it just tastes pretty awful. This unusual fungus could easily shock and confuse anyone that stumbles upon it, and will leave a deep disturbing impression on them.

Red tide is a common name for a strange phenomenon that turns seas blood red. Looking like the aftermath of a shark attack, the red colouring is actually just a massively condense group of algae that ranges in colour from tropical green to murder red! It’s when the algae turn red that the sea transforms into something you’d expect to see on the set of Jaws, a nightmare vision of flowing red water, washing up onto the beach. These blooms can actually be very harmful to local sea life, choking the water, killing off fish and other sea dwelling creatures.

The Venus fly trap is probably the best known carnivorous plants. With it’s toothed, jaw-like leaves and its diet of insects, the flytrap is ingrained in our collective memory because it does something that most plants don’t. It moves pretty darn fast, enough to make even the sturdiest person jump. Those hungry little mouths snap shut in less than a second, fast enough to catch flies (and we all know how hard that can be!) and that makes them pretty special, but terrifying at the same time. Plants aren’t known for their speeds, and whilst all plants move to an extent (usually to point towards the sunlight) the flytrap has evolved in to a flesh hungry trap that digests its prey alive with its fast moving death claws. Thank god there are not giant one lying around…

The Desert Bloodwood, is a tree native to Australia and is best known for its habit of bleeding. The tree produces a distinct red sap when the bark or wood is damaged. Popular by Aboriginals for its antiseptic properties, this blood like substance has many uses, mostly for keeping unaware lumberjacks from harvesting them. Seeing blood pour from below your axe should be enough to scare the hell out of even the hardiest of loggers.

The white baneberry, better known as the doll’s eyes plant, is an odd looking plant that produces poisonous berries that spring up on red finger like branches. Its white fruit hsve a black stigma scar which gives the plant it’s common name, as it looks like a hideous otherworld plant that has grown eyes. Not only do these devil plants look like something that should be growing in hell, but they will also kill you should you ever eat one of the cold dead eyes, as Ingestion of the berries can lead to cardiac arrest and death.

It’s very unusual for plants to have naturally have black petals (all those morbid black roses you bought during your goth years had a helping hand in the form of dye), but there is one plant that breaks this mold.  The Chinese Black Batflower has black leaves and long whiskers called bracts. With its unusual shape and creepy tendrils, this native Chinese plant is said to resemble bats, but what it really looks like is something that wants to eat our faces, so we are going to stay well clear!

Do you remember that scene from Beetlejuice, where the family throw a dinner party and their prawn salad comes alive and grabs them by their faces? Well that’s basically what the Octopus Stinkhorn looks like, a giant prawn cocktail devil hand, waiting to reach out and grab you by your silly mortal face! This evil looking fungus can mainly be found in Australia, probably so the Ozzies can throw it on a Barbie! The young fungus forms into four to seven elongated slender arms that unfold to reveal a pinkish-red interior covered with grey puss. Not only does it look like something out of Lovecraftian horror, but when it matures it smells like rotting flesh!

Probably best known for featuring in the Pixar Animation Studios film finding nemo, the anglerfish is the sea creature of your nightmares. The bony fish have a fleshy growth which hangs from the top of their head which serve the ominous purpose of luring prey in the dark, deep-sea environments. Anglerfish can wiggle this lure, and some even admit a dreamy glow from its tip, to further attract food. With a large wide mouth filled with sharp pointy teeth, the Anglerfish is a horrifying creature to behold.

Looking more like the creatures at the end of the Langoliers, this scaly plant is just about the ugliest thing nature ever coughed up. Most plants have nice bits, like green leaves and pretty flowers that dance in the sunlight, this thing looks like it should be growing on mars! Instead of leaves it has scales, instead of flowers it has hairs and it does not use photosynthesis, (of course not) this beast is a cannibalistic horror. They obtain their nutrients from a host plant after they attached themselves to it. They cling onto the host’s roots and slowly begin to dissolve them, kind of like being inside the stomach of the Sarlacc. Did I also mention they produce a strong smell of faeces? Yep, these plants are just about the worst thing ever!

A zombie apocalypse would be awesome right? You’d go around with shotguns and chainsaws on a guilt free killing spree, grabbing free stuff and not having to work 9 till 5. But on the opposite side of the coin, you could be one of the zombies, and in this turn of events, you’d probably not have the best of fun. Talk to any ant that has encountered Ophiocordyceps unilateralis and he’ll tell you that it pretty much sucks the big one! You see the zombie fungus changes an innocent little ant, into a disease spreading killer. The fungus first alters the behavioural patterns of its host, forcing them up and away from the safety of the colony. They then use their mandibles to affix themselves to a major vein on the underside of a leaf, where the host remains until its eventual death 4 to 10 days later. If that was not bad enough, a huge spear like fruiting body begins to grow out of the ant’s head. This horrible looking thing than produces spores that infect more ants.

The Fungus has be known to destroy entire colonies, but like any good Zombie killer of the week, the ants have evolved the ability to sense that a member of the colony is infected. Rather than chainsaw massacring the infected ant, they just carry the dying one far away from the colony.

The botfly is a truly one of nature’s true nightmare. It might look like an innocent looking larvae, but this little beast is an internal parasite that lives in the host’s flesh or gut. Whilst most host are cattle or horses, one species has taken to one mammal in particular… tasty humans! Botflies deposit eggs on a host, where they hatch and burrow into the skin. This can be extremely painful and exacerbated by the larvae’s spines. These nightmare bugs literal eat you from the inside as they make themselves a nice little home to pupate in. This is one pet you don’t want and something that should haunt you day and night. 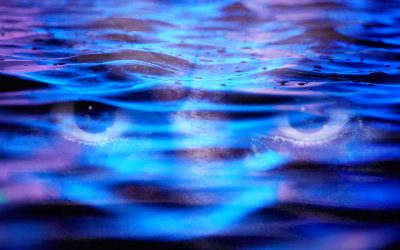 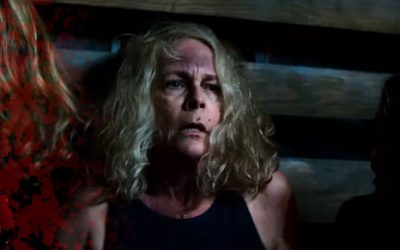 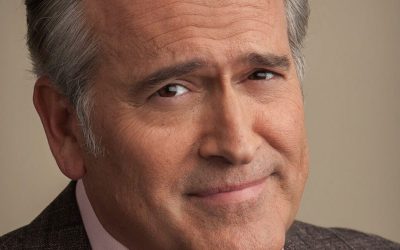 The New Evil Dead Movie Has An Official Title 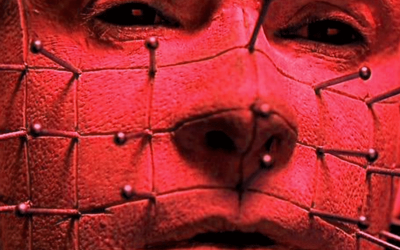 ‘Hellraiser’ Rights Could Revert Back to Clive Barker in 2021