Who doesn’t love a great theme park attraction? From roller coasters to dark-rides, they are great forms of entertainment. Throw in a film based theme and you have the recipe of something amazing. But all good things come to an end, and we have for you here a list of some of the best attractions that are no longer with us. From musical stage shows to bustin’ ghosts. We look at Film Attractions You Can’t Ride Anymore! hastag Sad!

Back to the Future: The Ride was a motion simulator ride at Universal Studios theme parks. It was based on and inspired by the Back to the Future film series and is a mini-sequel to 1990’s Back to the Future Part III. Continuing from the events of Part III, Doc sets up a tourist eight-passenger DeLorean time machine, but Biff gets his hands on another time machine and the ride see you chasing Biff trough history. The ride saw you travelling into the future of  2015 and way back into the Cretaceous Period. After 16 years of thrilling park patrons, the ride was closed and replaced with a similar motion adventure attraction, the Simpsons Ride.

Back to the Future: The Ride was experienced with multiple screens, which was difficult to emulate in a basic video. For the 2009 DVD re-release of Back to the Future, Universal created a video showing the full experience, included all of the queue, pre-show and ride footage.

Honey, I Shrunk the Audience! Was a 4D experience that put the audience at the centre of a scientific demonstration of the shrink ray from Honey I shrunk the kids.   Actors from the original film reprised their roles for the show, including  Rick Moranis and Marcia Strassman, and comedian  Eric Idle appeared on screen.

The show included 3D glasses to make the shows elements pop out from the screen and special seats that included air jets and water sprays to emulate the many different scenarios that happened on screen. This “4D” experience helped to completely immerse the audience into the short film.

Being one of the easier rides to duplicate, the show appeared at for different Disney parks, but shut down in 2010 to make way for Michael Jacksons tribute show, a reprisal of Captain EO.

Taking a different approach to entertainment, the Universal Studios Hollywood show, Backdraft, took it’s guest on a behind the scenes look at the special effects and pyrotechnics that went into making the 1991 film. Presented as a fire special effects show, guests were welcomed by a video of Ron Howard, who talks to the guests about making Backdraft, followed by a demonstration of a real life “backdraft”. The fire was created using gas, which is near silent, so sound effects, including the explosions, were pumped into the auditorium, to give the show that cinematic feel. The show flamed its last in 2010 to make way for Transformers: The Ride.

Twister…Ride It Out was a special effects attraction located at Universal Studios Florida, based on the 1996 film Twister. The pre-show included videos presented by the films stars, Bill Paxton and Helen Hunt. Guest would walk through a recreations of sets from the film and eventually find themselves in the middle of a full blown twister. This sequence takes inspiration from the drive in movie theatre sequence from the film and includes explosions, fire and even a flying cow. The show came to close in 2015 to make way for Race Through New York Starring Jimmy Fallon.

Ghostbusters Spooktacular was a special effects show attraction formerly located at Universal Studios Florida which opened with the park in 1990 and was closed in 1996 to make way for Twister…Ride it Out. It was a 20-minute, Ghostbusters-themed stage show, where guest sat down and actors performed on stage. Ghostbusters had a large pane of glass sitting between stage and guest, on which they could project “ghosts” and proton beams on to. This brought the show to life and allowed for otherwise impossible effects on a live action show.

The original version of the show was hosted by a production assistant and based upon events and ghosts in the films. The second version was hosted by Louis Tully and featured a pre-show. It was closed on November 8, 1996 to make way for Twister…Ride it Out.

Beetlejuice’s Rock and Roll Graveyard Revue is a live stage show based on the film of the same name and Universal’s Classic Monsters. Starring the Ghost with the most, Beetlejuice, the Wolfman, Frankenstein, Bride of Frankenstein and Dracula, the show is a musical show that contains a variety of different songs and dances. Later version introduced The Phantom of the Opera’s daughter Phantasia, and the Egyptian queen, Cleopatra, which added some much needed female singers on stage. Despite the show being hugely popular, it was shuts down at Universal Studios Hollywood in 1999 and in Universal Studios Florida on January 5, 2016. Universal Studios Japan opened a version in March 31, 2001, but is (as you would expect) in Japanese.

Probably one of the most famous rides that has ever been made, Kongfrontation was an attraction based on the 1976 re-make of King Kong. Built at Universal Studios Florida, Guest boarded a large, open-air aerial tram vehicle, that was being “evacuated “ from Manhattan Island, following King Kong’s escape. Patrons would come face to face with Kong himself, as he lays havoc to the city. It Consisted of two huge animatronic Kong’s, and a vast recreation of downtown Manhattan from the 1970s and was one of Universals biggest projects at the time of opening on  June 7, 1990.

The attraction suffered from huge setbacks, as “Kong” kept breaking down. In order to fix the ongoing issues and increase reliability, Kong’s movements were restricted over the years. Kong finally climbed down from the buildings in September 8, 2002 and was replaced by Revenge of the Mummy.

Just when you thought it was safe to get back in the water, Universal Studios Florida delivered  a water based ride that would terrify patrons for over 20 years.  Jaws was a theme park attraction based on the 1974 film of the same name. Taking place after the events of the film. The attraction places guests aboard Amity Harbor tour boats, but the leisurely tour turns into a nightmare as they are attacked by an angry great white shark.

Jaws: The Ride opened its tour boats on June 7th, 1990, but technical problems caused the ride to break down daily. After it become apparent that the ride was beyond fixing, Universal temporarily shut down the ride in August 1990. It was not unusual for new rides to have technical issues, but unlike Kongfrontation and Earthquake: The Big One, which suffered similar opening day bugs, Jaws was badly designed and was shut for down for over two years.

The ride officially re-opened in 1993, albeit with some huge changes to the orignal tour. A section where Jaws grabbed hold of the boat and turned it 180 degrees was gone, as was the rides ending, which saw the tour boat caption shoot a grenade into the shark’s mouth causing it to explode underwater. The ending was replaced by a scene more reminiscent with Jaws 2s climax, and the grenade was swapped out for a shot gun.

The ride was closed down on January 2nd, 2012, to make way for the second phase of The Wizarding World Of Harry Potter. However, A new version was built and is still running in Universal Studios Japan.

15 Best Tornado Movies That will Blow you Away

8 Slasher Films that Messed with their own Sub-Genre 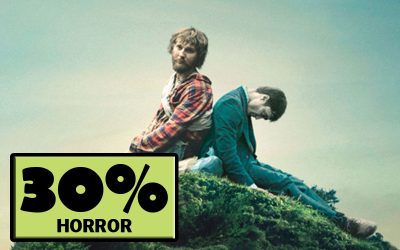 Smarts Won’t Save You! 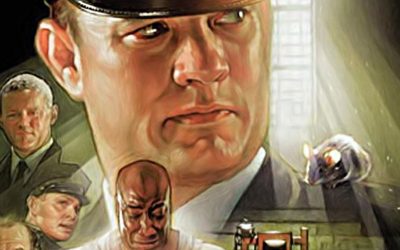 20 Things You Didn’t Know About The Green Mile

« Older Entries
Next Entries »
“Ciao Horror Fans – This really STINGS, to see such great attractions FALL to the wayside. All the new rides are basically just interactive movies, and these classic styled rides are just too costly to keep running. Lets hope that the future may hold bigger and better things for theme parks.  Keep Rotten”