The 8 Most Desolate Movies!

The 8 Most Desolate Movies

Although gary Jules did not write his #1 UK hit Mad World, his sombre minimalist styled version, perfectly captures the bleak emptiness of desolation. Some films are set in worlds that are so empty and barren, that they take you on a journey unlike any other. This is not just a film driven by characters and story, but one that is saturated by it’s surroundings. Today we are looking at 8 films that we feel capture this isolation. Mad worlds with quite earths and empty roads, The 8 Most Desolate Movies!

If your going to be isolated on a desert like planet, you’d want to be trapped with Vin Diesel. The Guy’s just class, whether he’s riding fast cars or playing  a tree, the guys got skills.  Such is the situation that the cast of Pitch Black find themselves in, when thier ship crashlands onto a strange planet. The survivors find themselves isolated and hunted, by strange nocturnal creatures. The planets position, in relation to the other celestial bodies in the solar system, means that the planet is in constant sunlight.  With vast dessert and little else to see, the survivors are stuck on a desolate and lonely place. The planet is sandy, arid and with little plant life and water, setting Pitch Black in a lifeless barren landscape.

The Quiet Earth is a 1985 science fiction post-apocalyptic film, where a scientific experiment has wiped out the population. Zac Hobson wakes to find the New Zealand city of Hobson deserted. With no one else alive, the realisation of his loneliness effects him deeply, as his mental state begins to deteriorate. Alternating between exhilaration and despair, Zac breaks down altogether declaring himself  “President of this Quiet Earth”.

Space is big! It’s a huge void of nothing! Stare at it for too long and it’s bound to get you down in the dumps. Now add a space freighter, containing the earth’s last trees and plants, carefully preserved in a huge botanical dome. Each and everyone of these plants are tended to by a little robot with a broken watering can. Such is the lonely end scenes of the 1972 environmentally friendly sci-fi film Silent Running. The image of the the little drone, hobbling alone in the forests, with a battered old watering can is enough to leave even the most chipper person, feeling completely empty inside.

From the opening sequences of the film, right up until the end, Alien drags us into a dark and claustrophobic world, filled with empty tunnels and maintenance shafts. The commercial spacecraft Nostromo is the lonely setting for the film. On it’s return journey to earth, the crew encounter an alien creature that is slowly hunting and killing the crew. Ultimately, it’s the ships isolation that spells the end for the crew, with no weapons and no means of escape, the crew are forced to try kill the creature, before it kills them. With it’s lavishly dark and confined sets, Alien is a chilling and desolate film, set in the cold void of space.

Set against the back drop of the cold desolate Antarctica, The Thing takes place at a remote American research site, where an alien organism has infiltrated their camp. With no way out, no support, the paranoid researchers turn on each other. With a storm blowing over, and  the setting is cold and bleak. With stark contrast of the white snow and dark night, The Thing manages to capture the despair of the crew, in it’s very surroundings.

Waking from a coma, Jim wakes to find himself alone in a forsaken London. Over run by “Rage” infected people, the city was abandoned, leaving nothing vehicles and litter strewn across the empty streets.  London is lying in state, it’s streets empty, buildings and shops abandoned. It a dark and chilling look at a world left behind, of a city forgotten.   As Jim ‘s journey continues, he finds this emptiness has ravaged outside of the city too, stretching out across England, as the infection spread.

There are many zombie films out there, but none have ever felts as isolated and empty as I am legend. Most Zombie film have groups of survivors living together. In a world where there is safety in numbers, this makes perfect sense. But in Will Smith’s zombie apocalypse, he is alone! Well, for half of the film anyhow. The First half see gloomy scientist Robert Neville wandering alone, on the empty streets of New York City. The city has become a ruin, with buildings crumbling away and overgrown vegetation thriving  . Wild animals roam, some having escaped from the Central Park Zoo, which is the best way of explaining how a Lion got into New York.
The setting is grim and unnerving, as the once rich and bustling city is reduced to a crumbling graveyard, entangled in vines and grass.

If depression is your thing, i’ve got just the right film for you. The Roads gloomy look at post-apocalyptic life is a tough one to watch, even with a tub of Haagen Daaz and a box of tissues.
Set against a bleak monotone backdrop, Viggo Mortensen’s nameless character struggle to survive an extinction level event. With his young son in tow, they head south towards the sea, along empty roads and ashen vistas. The grey snow falls and the wind moves nothing but the ash that covers everything. The films bare and cold landscapes paint a picture of a world at the end, where there are no people or animals. Life has gone from this dark, empty, world. Whilst the scenery is devastating to behold, it’s eerily beautiful, as grey ash and snow dance against a dreary skyline.
It’s bleak, colourless and empty, with the wind being the only sound that carries through the film.  At times all your left with is the gaunt silence of a world that has died. By far the bleakest world put on film. 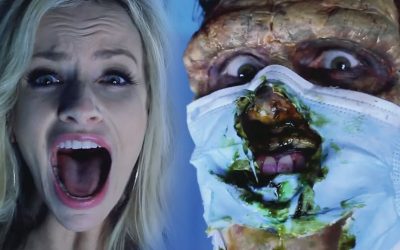 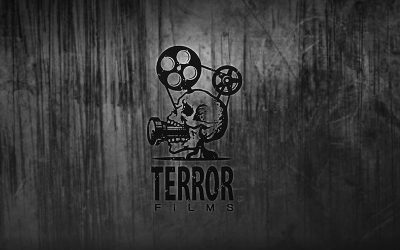