Prepare to feel old, Hellraiser is about to turn 30! Yep, Clive Baker creation is about to have a big birthday, celebrating three decades of Pinhead, boxes and cenobites. The crazy guys over at Mondo are re-releasing the iconic soundtrack by Christopher Young with a newly-redesigned LP. Artist Matt Ryan Tobin created the limited edition LP cover design, and poster, giving the film a gritty mysterious feel. Mondo Record Label Manager Spencer Hickman said…

“Even though the film was a low budget horror with a first-time director, HELLRAISER towers over just about every other horror score recorded in the ’80s. Composer Christopher Young decided that instead of providing a typical ’80s synth score, he would use a full orchestra to create a symphonic score that was epic is scope. It’s a phenomenal piece of work; huge strings, waltz-like time signatures, and suites that run from the ethereal to downright scary in a matter of moments. We are thrilled to be releasing HELLRAISER in congestion with Lakeshore Records for its 30th anniversary. This fully remastered sonic assault will tear your ears apart”

The new collector’s edition soundtrack will launch at the Prince Charles Cinema in London, with an exclusive 35mm print showing of the film, Showing on 25th September 2017, and everyone attending will get a free poster…whoopie! Though tickets will set you back £55…ouch! The soundtrack will be on sale in the lobby. Commenting on the anniversary screening, Prince Charles Cinema said

“HELLRAISER had its first ever public screening here at The Prince Charles Cinema way back in September 1987; the owner of the cinema still talks about the packed, raucous, late-night screening that blew the roof off the place. When Mondo reached out to us about launching the soundtrack re-release in celebration of the film’s 30th anniversary, we jumped at the chance to take part. And just when we thought the evening couldn’t get any better, Arrow Films came in with a 35mm print of the film in hand to make this a perfect night at the movies!”

Then 5 days later… on the 30th, Arrow Video are set to release a cool looking steelbook Blu-ray, incorporating Tobin’s artwork. The perfect gift for anyone on Halloween. 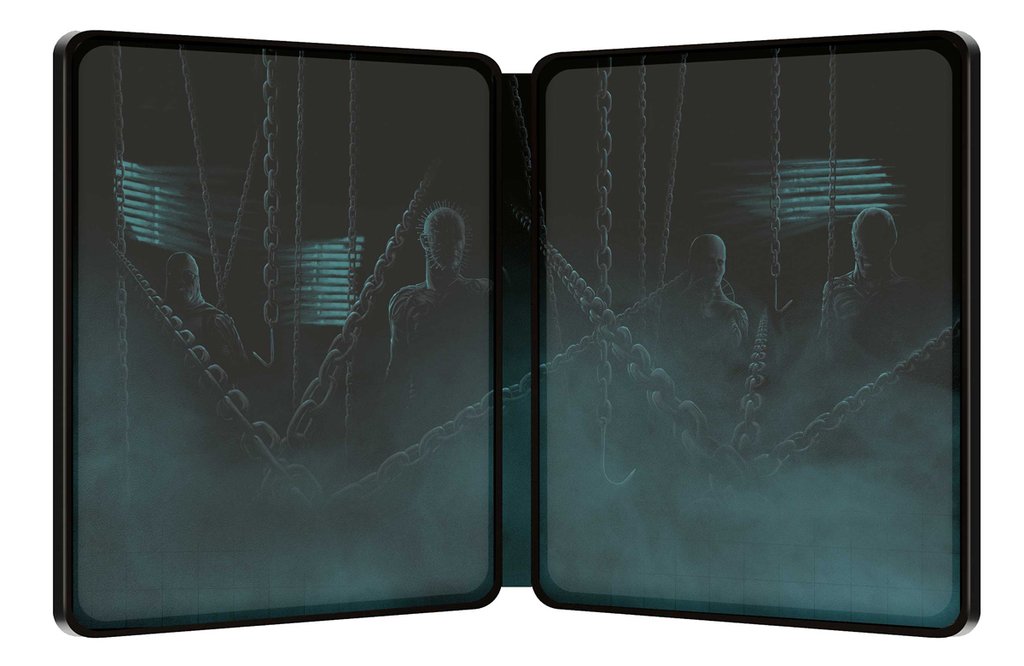 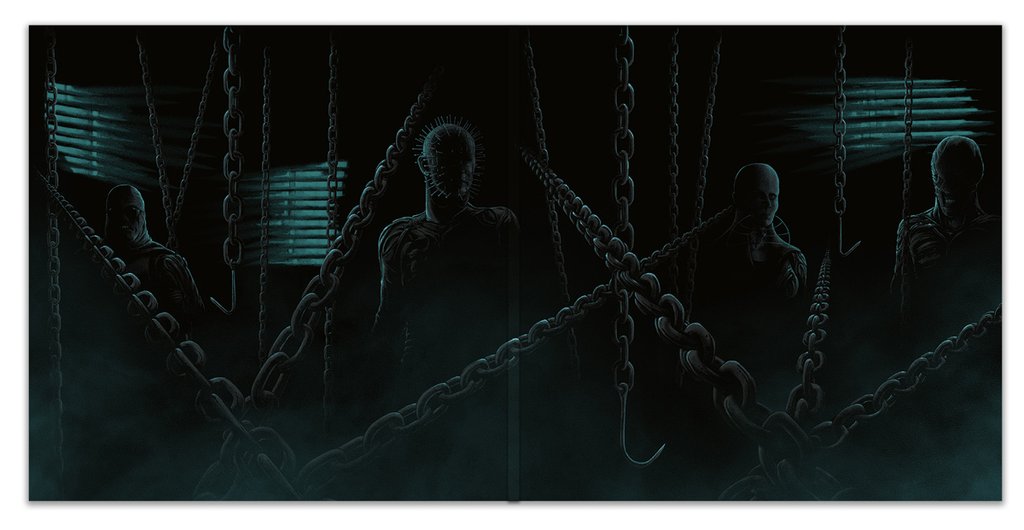 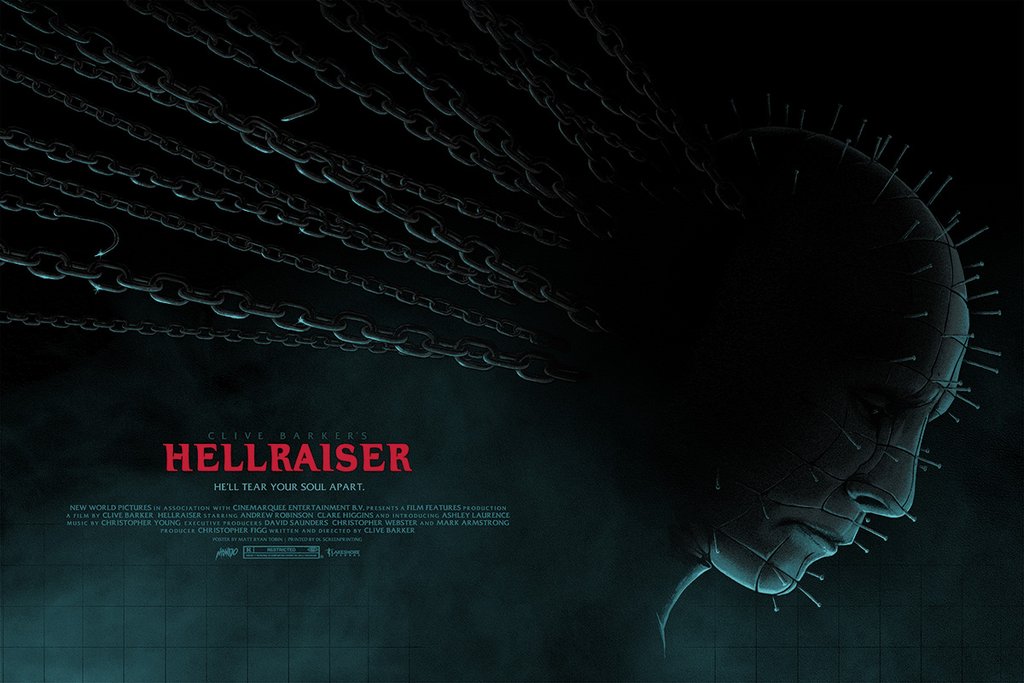 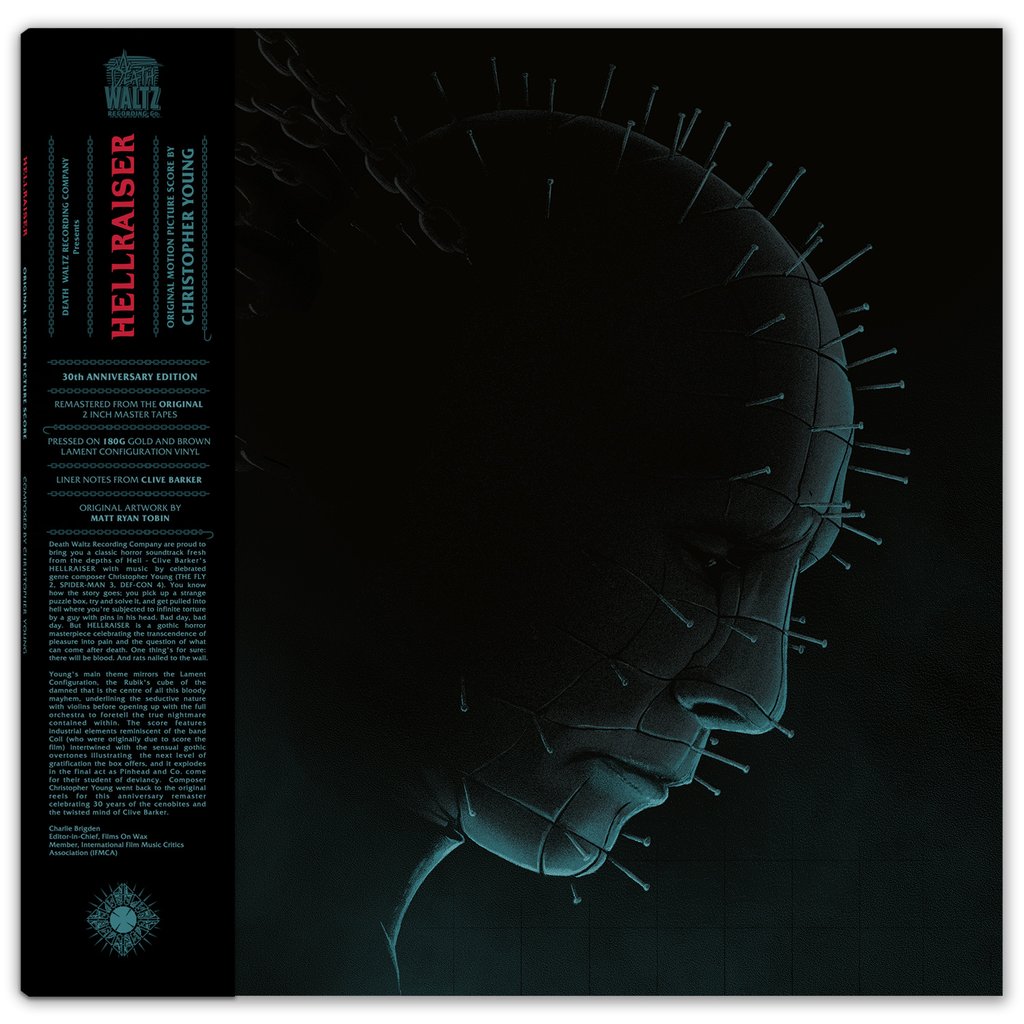 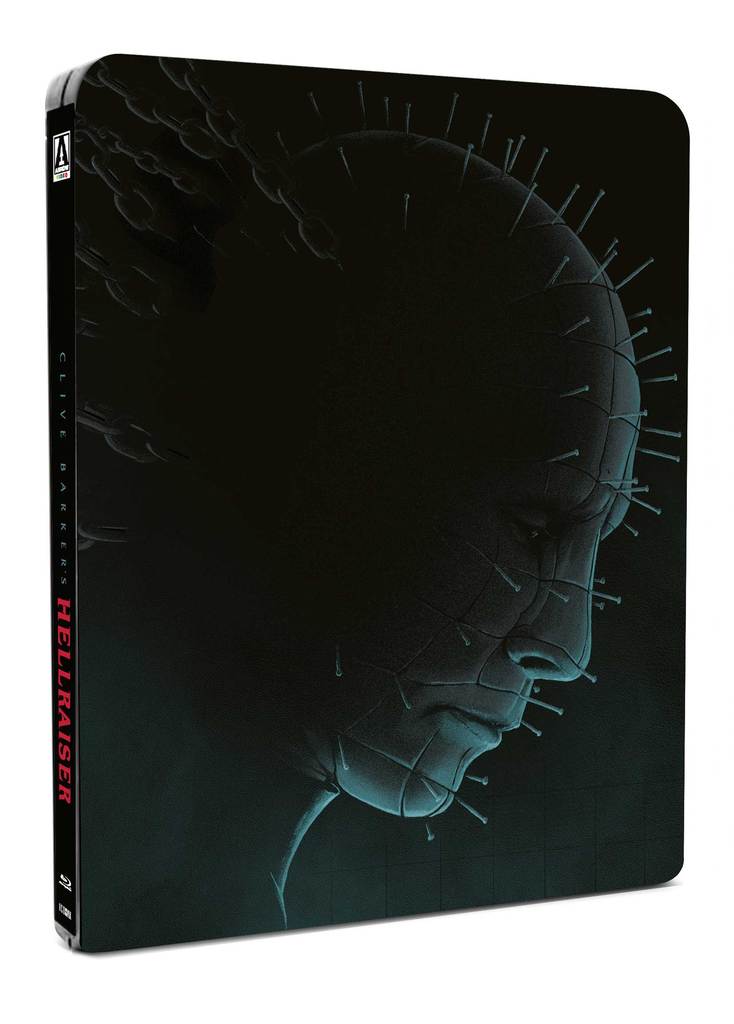