James Wan is super busy right now, with Aquaman out in the cinemas, a third Annabelle and Conjuring films up his sleeves, a Mortal Kombat film adaption but he has still got time for a little comic book TV adaption, DC’s Swamp Thing. And is the later in which Wan was chatting about today.  Wan is a producer on DC Universe’s Swamp Thing streaming series, but it sounds like Wan is having quite a direct impact on the shows visual, as he talks about creating monsters that will be battle the green fingered hero. During an interview for Aquaman, Wan said.

“Of course, that’s part of the appeal. I have an amazing team of showrunners and writers on this. Just like I was with Aquaman, we’re very respectful to the source material with Swamp Thing as well… We’re a big fan of Alan Moore’s take on it, so picking a particular story and using that as the foundation to kick it off. If we’re lucky, we can have many other stories to tell.”

Alec Holland, the doctor who becomes Swamp Thing, will be played by Andy Bean, who you’ll be seeing next year in IT part 2, as the adult version of Stanly Uris. But it’s actor Derek Mears, who played Jason Voorhees in the 2009 remake of Friday the 13th, who will be playing the hulking swamp creature. 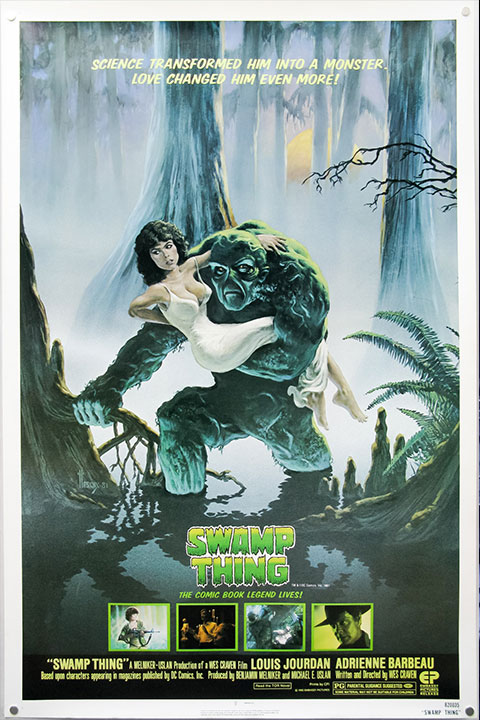 And I can’t leave this article without mentioning the 1982 movie that starred Ray Wise and Adrienne Barbeau (who I was thrilled to have met this year). It’s a real blast and defiantly worth a watch before the TV series hits our screens next year.