IT: Pennywise lurks in Sewer

In this exclusive image from Entertainment Weekly, we get to see IT in his natural habitat of the sewer of Derry. Just yesterday, we saw a leaked picture of IT from the set (which has recently been pulled from across the web), but producers have reacted by launching this early promotional shot of Bill Skarsgård lurking about in a sewer pipe.

“Pennywise shows up, he’s front and center, and he does his show. He has an act,”

More images will be included in the next issue of EW magazine and a trailer should not be far off too.
Until then enjoy this cool promo image and look out for the film Sept 8 2017 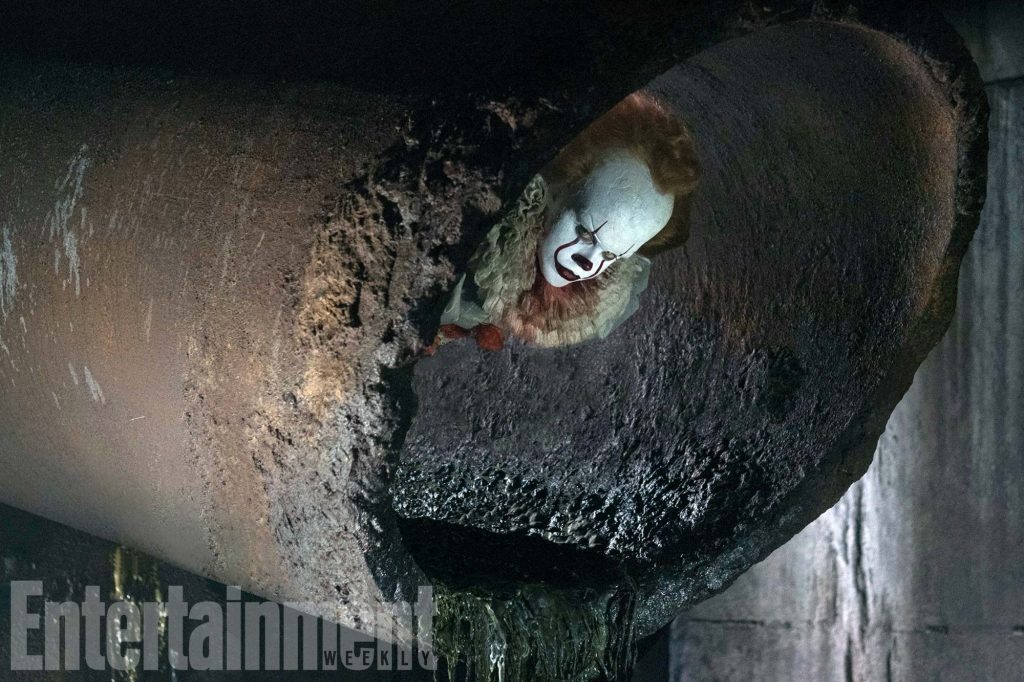