Suspiria Remake could be Disturbing

Out of all the remakes and sequels spilling out from the viod, one is certainly causing more noise than any other, and that’s the remake of Dario Argento Suspiria.

The film launched it’s teaser poster just last week and there’s been some screen shots doing the rounds that seem to be quite graphic in nature. Sadly, these have been taken down on Amazon’s request, but it does look like Suspia could be the big horror to look out for this fall. Whilst a certain Shape will certainly be filling in a halloween shaped hole, I’m also big fan of guts and gore and this new take on the 1977 Italian giallo could just be be ticket.

Some scenes were aired at the very recent CinemaCon in Las Vegas, and peeps are freaking the shiz..yo!

Ummm I am traumatized after seeing a scene from “Suspiria” in which Dakota Johnson controls the body of another woman as she dances. The woman’s body literally cracks in half. She is like, torn apart. Spitting, urinating, bleeding. It’s… A lot. #CinemaCon

Luca Guadagnino presented a scene from his #Suspiria remake; there’s a 70s sepia tone … and seriously some of the most disturbing body horror. They went for it and the #CinemaCon audience is gasping. Just brutal but with a gentle melody. Holy crap… call me by your bent body.

In Suspiria, A newcomer to a prestigious german ballet academy comes to realize that the school is a front for something sinister amidst a series of grisly murders. You can check out the poster below, and we’ll hopefully see a trailer very soon. If you have not yet checked out the original, do so. it’s a beautiful shot, neon drenched, gore fest. 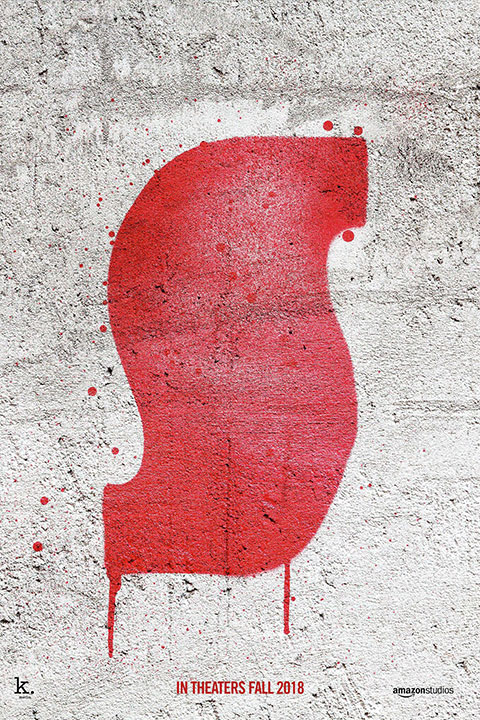