Childhood trauma can impact on children’s development. Exposure to violence at a young age can manifest itself, in later life, as a psychological break of the mind, better known as psychosis! Well, that is at least what Silent Night Deadly Night would like for you to believe. As this seasonal shock ;horror takes us on a festive journey to a fragile mind, where mince pies and sips of sherry are not as NICE as a NAUGHTY violent rampage.

Our story begins on a cold December night. It’s Christmas Eve, 1971 and a family are driving from a visit to their institutionalized grandfather in Utah’s Mental Facility. A 5-year-old Billy Chapman is still unnerved from his Grandpas looney ramblings. “You see Santa Claus tonight, you better run, boy! You better run for your life!”. Travelling with his infant brother, Ricky, and parents, the radio plays christmas carols as the parents smile at one another.  This wonderful family moment is torn apart, as a man dressed as Santa flags them down. Billy and Ricky witnesses their parent brutal murder, at the hands of this criminal who is escaping a robbery on a convenience store. Ten years later, 18-year-old Billy leaves the orphanage in the hope of finding a normal life. He gets a job as a stock boy at a local toy store, but he is forced to become the shops Santa, and his is haunted by visions of his parents death. When the store closes, one evening, the staff celebrate with a few drinks. Billy witnesses a co-worker being sexualy assulted by another and he intervene. The experience breaks his mind and he starts a bloody massacre, dressed as Santa.

In order to explain why a young man would suddenly go on a crazed rampage, the story really layers on Billy’s fragile mindset. We get a look at his time in the strict disciplinarian orphanage, Saint Mary’s Home for Orphaned Children, in December 1974. It is clear that Billy is deeply troubled by his past. A picture of a beheaded reindeer and a stabbed Santa is evidence enough that this little chap has a deep hatred of the Jolly red one. The Mother Superior believes that the best way to treat him is with strict discipline, surely compounded the trauma that Billy has suffered. The most important part though, is when Billy witnesses two orphans having sex, through a keyhole, the sight of the young girls breast, causes Billy to have flashbacks to the night his parents died. You See, the killer dragged his mother out from the car, ripping her top open, exposing her chest. What clearly was attempted rape, turned to murder as the mother fights back. Basically, the film has just justified its use of nudity! Breasts in this film..they have a purpose!

The cast is led by Robert Brian Wilson as Billy and  a whole host of other characters which are mostly just there as a body count. The film also casts Scream queen Linnea Quigley, who’s film appearance are always a pleasure. Who doesn’t remember her naked dance in the fast half of The Return of the Living Dead! Though she does not last along, becoming one of his first victims along side Leo Geter,  who’s Barry Sims bites the big one in Halloween: The Curse of Michael Myers.

SIlent Night, Deadly Night is a seasonal cult classic, and nothing’s better at getting you into Christmas spirit than a good slasher film.  It’s a film that wants to be something nice and something naughty, with a topless nudity and oodles of gore, woven together and placed inside a Christmas Stocking. Amongst Santa’s victims is a woman impaled on some deer antlers and guy strangled with some christmas lights, an orgy of evidence that this is a christmas film.And that is the films biggest selling point. Everything else about the film screams mediocre. Remember, this film came out in 1984, when the slasher genre was just begging to take hold of the horror community. Halloween was on on it’s third film and Friday the 13th saw its fourth launched that year. It is also the same year Freddy started his nightmare. Considering the quality of films we were seeing at this time, SIlent Night, Deadly Night seemingly takes a step back a few years, delivering something tongue in cheek and cheaply made. I really want to enjoy this film more, but it just lacks a little passion.

With a barebones script, a wooden cast and cheaply made sets, the film fails to raise itself up. With similar films like Black Christmas, which screened a few years previously, being far more enjoyable to watch. The biggest expense on this film is it’s gore, and even this is not enough save this yuletide tale from a sack of coal. It’s always funny to watch a man dressed as Santa killing people, and I guess this is where the film does deliver. It’s hard not to understand the dark appeal of seeing something we associate with bringing joy and happiness, delivering misery and pain instead. Silent night spends a considerable amount of time trying to justify Billy’s breakdown, but it just comes across as being a bit silly, and this backstory just slows the movie down. Imagine a Halloween film, where we see a young Michael Myers slow decent into the murderous man we know and love. How boring would that be?

SIlent Night, Deadly Night delivers a anticlimactic tale of snow and blood. It’s a stark reminder that gore over content will never make for a great film, even at the peak of the genre. It’s enjoyable , to a degree, but only on its most basic foundations, that the film is about a killer Santa. It tries to be smart and it tries to sexy but it just fails to impress and the film falls as flat as snowman in warm sunlight. 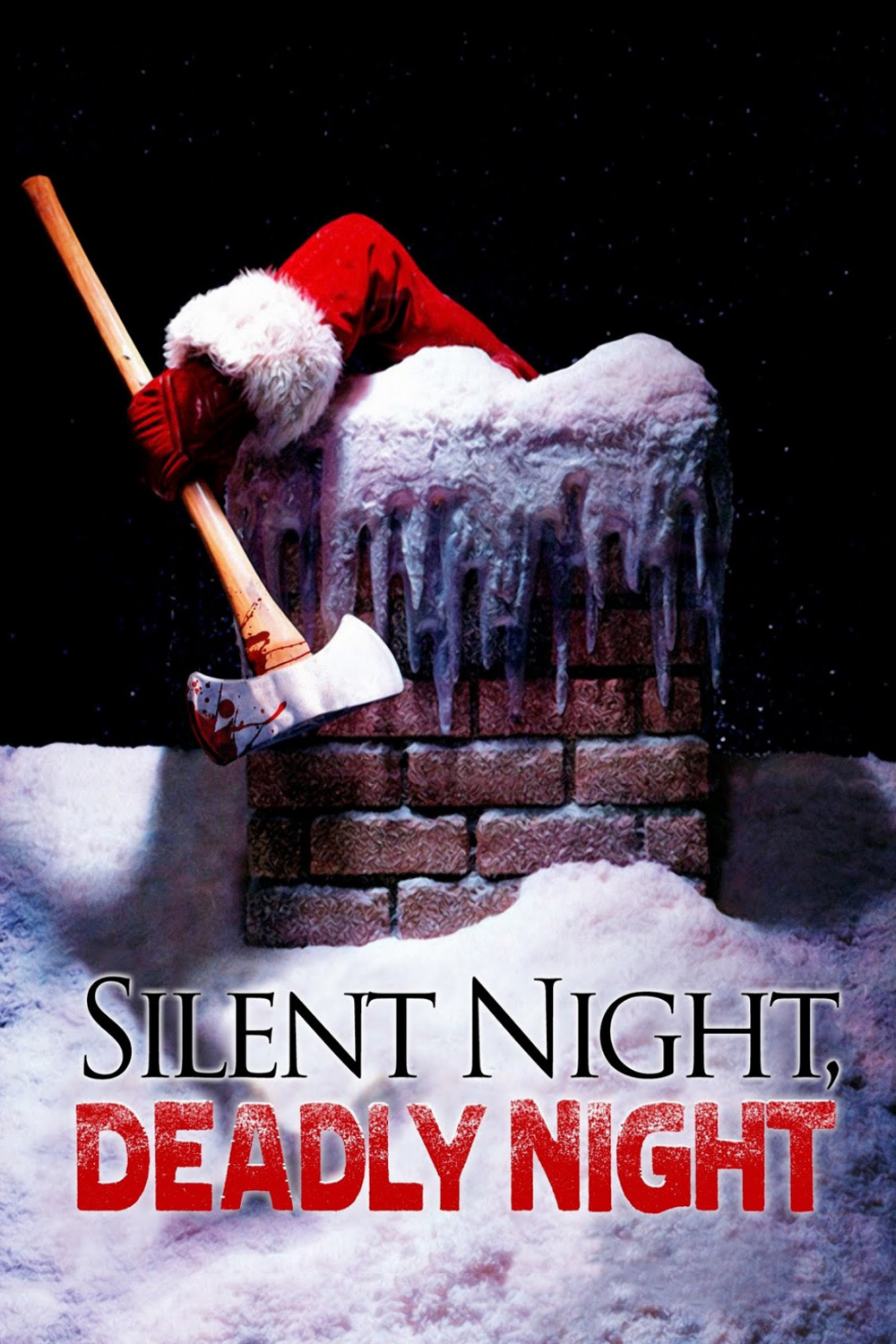 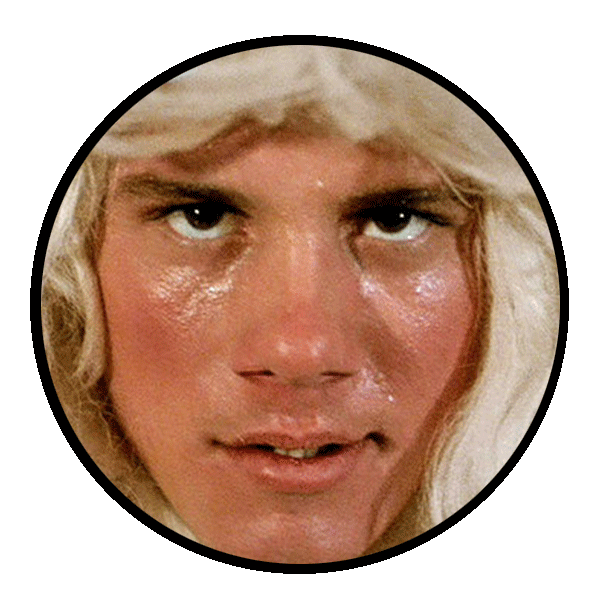 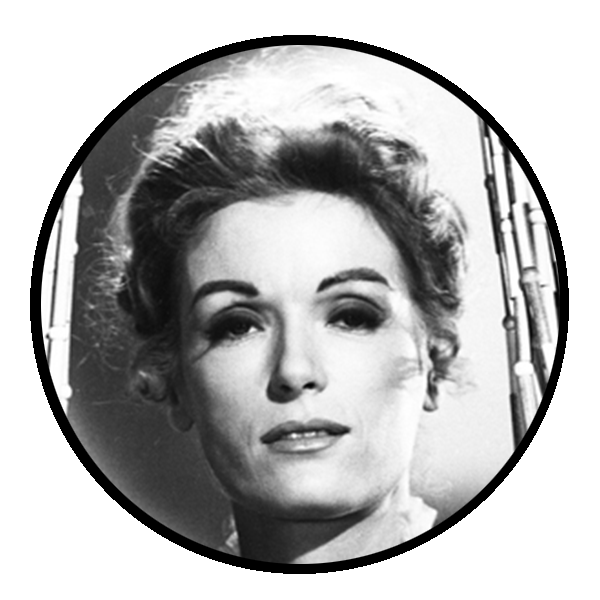 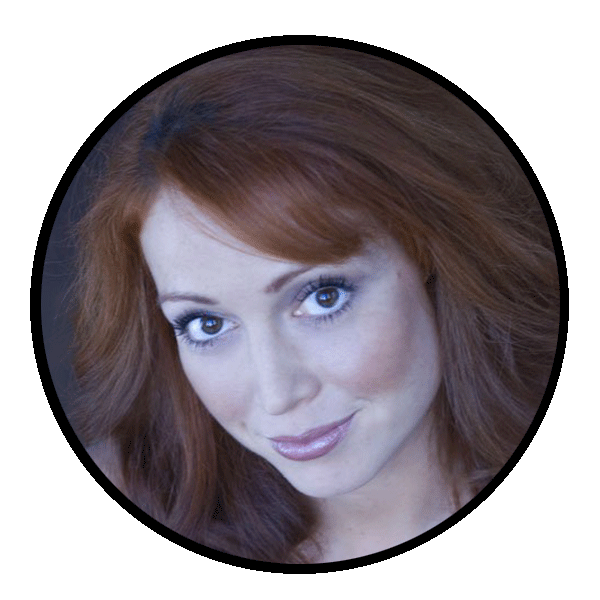 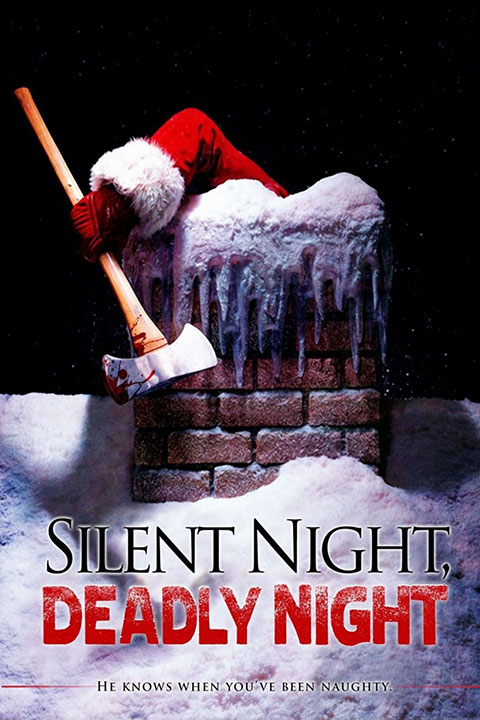 This Killer Santa film tries hard to fit into the slasher genre but ends up being an amuse-bouche to other more mature films of it’s time.