After two failed attempts at watching the 1958 Blob, in which both times my Sky box failed to record the entire film, I gave up and decided to try the 1988 Remake. To my surprise, as the opening credits rolled, i found that this sci fi thriller was written by Chuck Russell and Frank Darabont, and actually directed by Russel. Darabont is one of my favourite writers and directors. You see, I’m a big  Steven King fan and Darabont has been one of the most prolific director to adapt his work, but before he was bringing Zombies to your TV with the Walking Dead and before he was Directing King, he had Teamed up with Russel before,  on one of my favourite Nightmare On Elm Street films,  Dream Warriors. Darabont did a fantastic rewrite of the original Wes Craven /Bruce Wagner script, whilst Russell directed. So, as these two names pop up on screen, I knew that this was going to be good.

The Films Plot is pretty thin, involving a meteorite that crashes to earth and release a gelatinous blob on to the small town of Arborville, California. The blob goes on a ramapge, facing off against townsfolk and a shady military operation led by a scientist, Dr. Meddows.  Yep, its not exactly Shakespeare!

Despite it’s lack lustre cast and poor script, the film excels in the gore department. The effects team must have had a really great time working on this movie. The blob is the bastard child of the creature from The Thing, spouting wild tentacles and devouring people from the inside out. This leads to some great moments, one of my favourites being a guy getting sucked down a drain head first. The gore really makes this film.

Guys…can I get a little help here?

There’s blood and ooze spilling throughout the entire length of this film, and that makes it so much fun too watch.

Remember, I’m watching this 26 years after it’s release, yet the effects still seem relevant in a, ever growing, world of CG gore. The effects are nasty, gruesome and hilarious, all in one go. At points I’m laughing whilst being repulsed at the same time, its that crazy over the top violence that you can’t help but love. I actually question just how good a modern remake (of a remake) would be , if they chose to use CG? I’m a big fan of CGI when its used properly, but a can’t  suspend disbelief when I know that the creature is not really there.

Whilst the cast is bland, Shawnee Smith manges to  pull a “not so bad” performance playing damsel in distress and the Aliens version of Ripley all in one show. Shawnee has proved that she is a very diverse actress, I’m just not so sure you need to be that diverse in one single film.

The films mostly forgettably, with a mediocre script and score. its fun in all the right places but not a certainly not a staple of the 80’s genre horror. If you missed it, your not missing out! 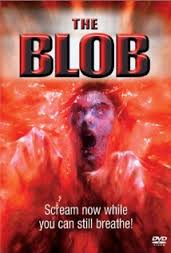 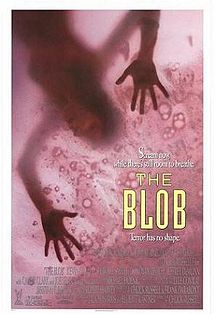 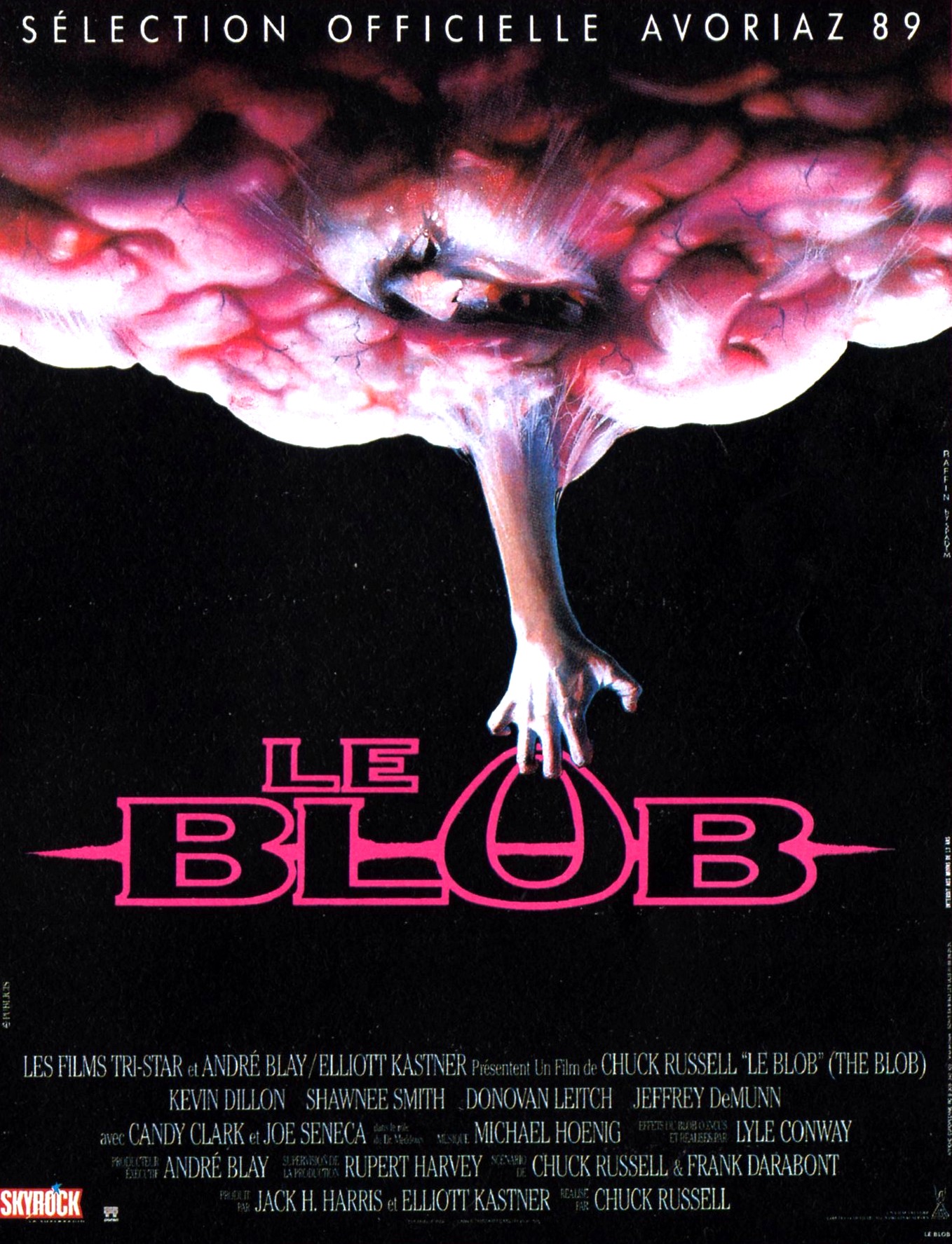 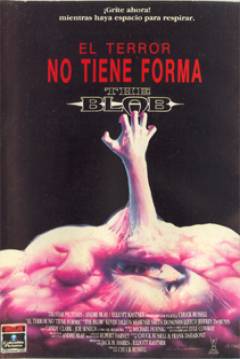 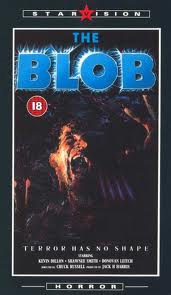 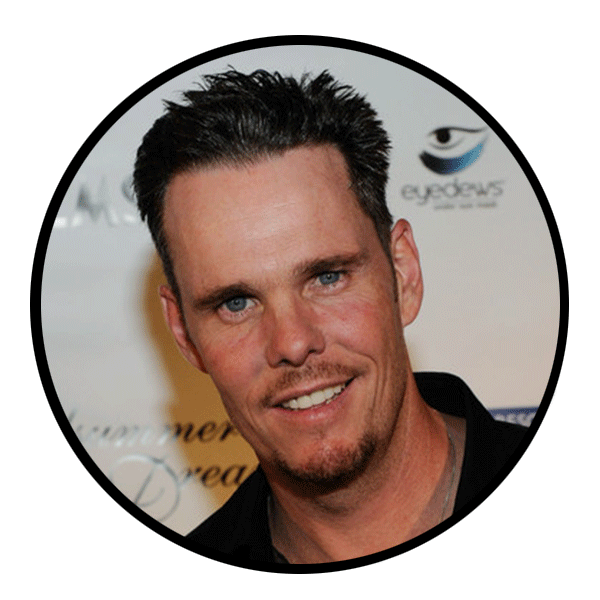 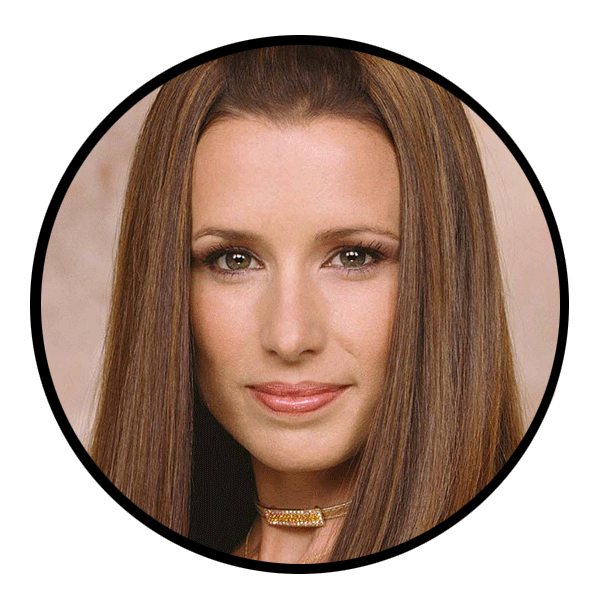 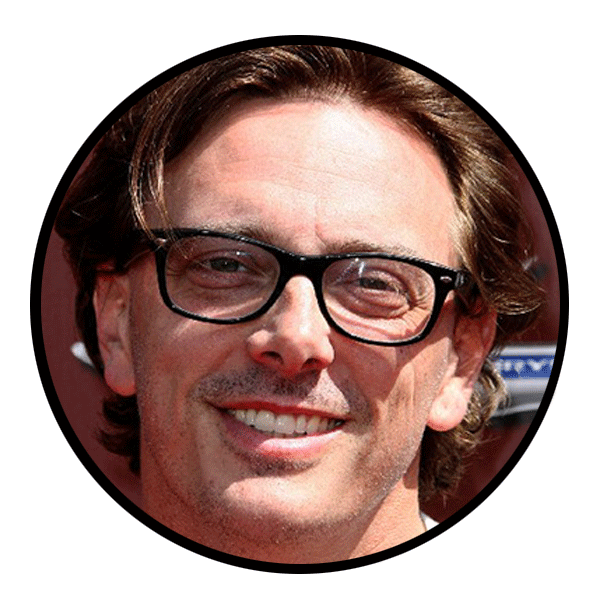 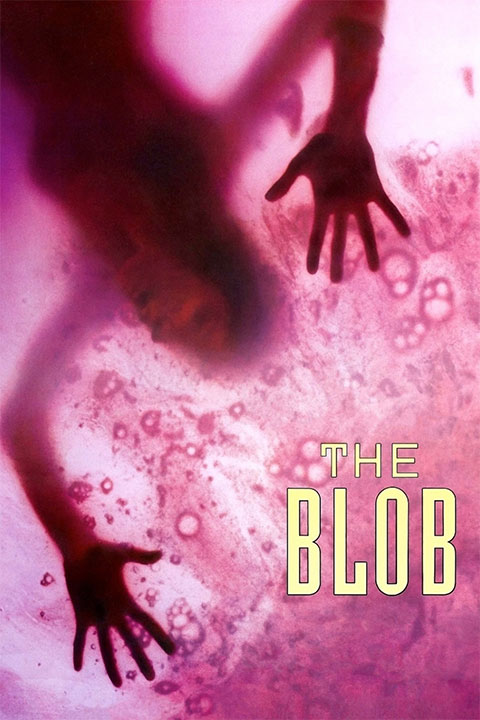 The Blob is a terrific visual effects movie, on par with other 80’s Sci-Fi such as the Thing or Hellraiser, though it’s story and cast really slow the action down. It had huge potential, but ultimately falls flat as a repeat viewing film./span>