You have probably heard of Jamie Lee Curtis, Milla Jovovich, and Neve Campbell, but there is another queen of scream making a bloody splash in the horror movie industry and her name has the power to conjure images of one the most brutal on screen killers out there. (Hint: This particular killer often sports a hockey mask and hangs out at Camp Crystal Lake.) That’s right. I am talking about Voorhees. Deborah “Sue” Voorhees of Voorhees Films, that is.

As a patient at Pinehurst Youth Development Center, Tina had a proclivity for trouble, often engaging in sex in the most inappropriate of locations. Unfortunately for Tina, trouble found her in the form Jason Voorhees’ copycat killer, who gouged out her eyes with some garden shears, ending her life in the process.

Deborah’s dabble in the dangerous was not reserved just for the one who carriers her same last name, however. She also acted in such films as Avenging Angel (1985), Innocent Pray (1984), and Appointment with Fear (1985), as well as took part in the retrospective documentary His Name Was Jason: 30 Years of Friday the 13th (2010).

With a passion for the cutthroat world of filmmaking, Deborah quickly turned her attention to writing, directing, and producing. In fact, after her first film Billy Shakespeare (2014), she directed Catching Up (2017), written by playwright Tom Sime, the dark comedy about a widow’s fascination with murder, which garnered attention at the 2017 Texas Frightmare, and directed and produced 13 Fanboy (2021), a fictional old-school slasher built around real life experiences, released in October 2021.

Staring acting greats Dee Wallace from Cujo (1983) and The Howling (1981) (and of course E.T.) and Corey Feldman from Friday the 13th: The Final Chapter (1984) and Lost Boys (1987), 13 Fanboy explored the darker side of stardom through the portrayal of horror icons stalked by a maniacally obsessed fan. Now on multiple streaming platforms—Amazon, iTunes, Vudu, Comcast, Showtime, and more—13 Fanboy ranked in the top 10 for Amazon new horror sales for 3 months and held the second place spot for three days behind the hugely popular film Scream.

Presently, the “other Voorhees” is sharpening her director and producer chops and sinking her teeth deep into her latest project Ruthless Games We Play, a primal thriller about lost innocence, sex, family and revenge. This nuanced, multi-layered picture, which is still in development at Voorhees Films, strategically transforms from a kidnapping flick into an emotionally driven crime story all while avoiding the pitfalls of transparency so commonly found in its counterparts. Don’t let the suspense of the release date kill you just yet, however, as the film is still in its infancy, and Deborah Voorhees is known as a bloody perfectionist.

Given Voorhees’ history in the industry, it is probably safe to expect her latest endeavor to be something quite “wicked,” so be sure to keep a watchful eye out for more news on the project via her Shear Horror Group or Killer Flicks on Facebook (links below).

One from the vaults – Our Guest Ghouls are talented writers who contribute to our site through their horrifying articles, lists and reviews. Everyone has a little GHOUL inside them! 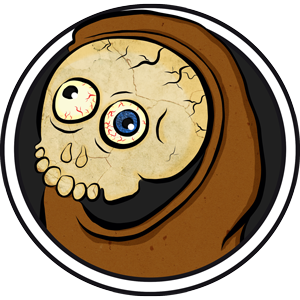 Tammy L. McCoy is a screenplay writer, journalist, and novelist. A mother, wife, and former adjunct professor, Tammy has spent years honing her craft and entertaining audiences through storytelling.

“Hello Horror Fans – Who doesn’t love a good SCREAM queen, let alone one that continues to KILL it in the industry, even if it is on the OTHER SIDE of the camera. I’m on tenterHOOKS about Deborah’s next project. Just remember…if it’s a Voorhees, there will be BLOOD!

Nice to see someone pay tribute to a true horror siren.