Ho Ho Merry Christmas Horror Fans. Let us delve into another festive stocking, that is bound to leave you COALed. Although this terror tale is more like to cause RIGAMORTIS than frights. Never less, we must be brave and face this fable. Let us delve into the terror known as Krampus : The Christmas Devil! A Tale of a police officer looking for child murder, haunted by his past and hunted by an ancient evil.

It’s always been known that low budget and bad acting go hand in hand. Somehow Krampus: The Christmas Devil manages to take this idea to a whole new level. From its anticlimactic start, to its terrible end, the films cast are as wooden as my sideboard. I’m pretty sure that my sideboard would have done a better job too. The laughable attempt at trying to add emotion into the story, with the stereotypical ” I’ve seen this creature before” story, just makes the film even worse. Yep, it’s no surprise to find out that the cop, chosen to hunt down the strange killer, was once almost a victim of the Krampus and is looking for revenge. But no amount of shouting and doing crazy eyeballs is ever going to improve A.J. Leslie’s terrible acting. The leading actor has about as much charm as a dose of the clap. It’s safe to say the best actors in the film were the kids, and their biggest roll was to get kidnapped. Don’t expect these kids to scream or struggle either, they are professionals, they will go willingly without so much as a single shout or wiggle of defiance.

Whilst bad acting can be sometimes overlooked, terrible casting choices can’t, and Krampus feels as if they casted this thing down a pub. I honestly can’t explain any other way they could have come across this cast, unless they had just turned up in pub one day and started shooting. And that’s exactly how the film feels at times. There a quite a few scenes set in bar, and to be honest, they are the best thing about this film, just because of how terribly filmed they are. I watched with tears strolling down my face, as the “cast” tried their “oh-so” best NOT to look into the camera. But it’s a CAMERA, they have to look into it, almost ever other shot. I’m not kidding either, I beg you to watch these hilarious moments, as the awkward cast try their best to remember their lines, keep in shot and NOT LOOK IN THE CAMERA.

Talking of cameras.. Have you ever wanted to know what happened to Heather Donahue from The Blair Witch Project? Well it’s very possible that she got herself a position as a camera man on Krampus, as the shaking camera fails to focus on anything and just randomly shoots things without any real direction. Pretty much how Heather shot The Blair Witch. With no focus and shots aimed at people’s chest rather than their heads, the only explanation is that the person filming has some sort of problem with depth perception, or they shot the film attached to one of the those vibrating muscle exercise machines.

The camera work is not the worst thing here though. One thing that stands out as being slightly worse than the shaky camera work, is the awful sound design. Oh my, what a mess that is. With dodgy sound bites and mismatched music queues, the sound is amateurish at best. You’ll notice odd little sound effects thrown in willy nilly, without any real reason to them, and some of the effects sound as if they had been ripped from some bad youtube sound effects video. Did you know that guns can fire without any sound? In fact, in this film, heavy rock beats replace your usual sound of a semi automatic rifles ripping throw a magazine, because nothing says bang bang like a dose of rock n roll! I guess the sound guy left his gunshot sound effects tape at home on that day! Bizarrely, these semi-automatic rifles are the weapon of choice for the local police force hunting down a child killer. Especially when wandering the local woodland. You never know when you may come across a rabid beaver or killer bear. And if you did, your gun fight would be set to the sound of Marilyn Manson, as the actors tried not to stare down into the shaky camera lense.

Despite all this, My biggest issue with this film was the inclusion of a topless kidnapped woman, Who the Krampus fondles like some sex offender. Why is this woman here? Who is she? Why is he touching her fun bags? I’m sorry if I get a little confused here, but I’m pretty sure that the Krampus kidnaps children! I’ve never heard or seen anything that would make me believe he would, or even could kidnap adults. Nor do I believe that this immortal creature has underlying sexaul issues. The only reason this scene is here, is because the desperate film makes though a little nudity would make the film more marketable. But without any context, it does not. Sure, most of the classic horror films over the years have had nudity, but it’s usually a bunch of hormone induced teens running around half naked and drunk. These guys and girls are trying to get laid, nudity just lends itself to that fact. But nudity for the sake of nudity is just pornography, not entertainment! And to make things worse.. this line follows the pointless boobie fonderling. ” I know you hate doing the things you do to the girls!” . Wait.. what? Suddenly this creature has gone from child killing mythical creature to, to a troubled molester.

Lets chat about the Krampus. He’s the films titular character, yet he almost feels like some sort of tacked on after thought, as the film concentrates on Jeremy Duffin’s troubled life. When the legendary creature does get some screen time, any brief look at him is spoiled by wobbly cam. Wearing the classic santa custom, and sporting a pair of cool looking horns, this version of the Krampus seems to be a little forgetful. Ever so once in awhile, he’ll check his list of bad boys and bad girls, Just so you know his motivation, despite a terrible voice over telling you this at the start of the film. Running his clawed finger down the list of..erm..5 or 6 names. Yes this “global” menace really has his hands full. But just in case the Krampus did forget to check his list, he has a handy sidekick that can do that for him. I believe the legend may have left out the part about Santa Clause helping the Krampus kidnap, torture and kill little kids! Here, played laughably by Paul Ferm, his southern ways have a way of stealing any scene he shares with the hairy beast. Apart from addressing the Krampus as his “Brother”, he has some real cracker lines such as my personal favourite “Scratch this kid off the list, he’s turned good on us!”.

The real issue with this anti Santa, is that his motivation is just made so unclear. Is he killing kids “around the world” or not, or does he just hang out around the little town featured in the film? The script tries to paint the creature as a sympathetic character, who regrets his ways and who lets kids go as a stark warning to be good in the future. But this just does not fit in with the picture painted throughout the rest of the movie. With hundreds of kids having disappeared in the area over many years, it’s apparent that they are not exactly in the land of the living anymore. So would an immortal creature, tainted with this grisly job of punishing the bad, really have wiggle room to just warn them about being bad? If so, how does he judge which kids are just bad, and which are really bad? And oh..why did he just fondle that women’s boobs?

Did you know that the Krampus also has special powers! He can punch a guy in the face wearing sunglasses, and not break them. And then suddenly make them disappear when he stamps on your head! Now that’s a party trick anybody could enjoy. It’s also a key point when you realise that the film makers had about as much respect for continuity as they did for women.
Between the boob squeezes, shaky cams, terrible cast and muddled story telling, you’d hope to find some sort of ray of sunshine that could redeem this film, making the whole 82 minutes experience worth the watch. Sadley, that’s just not the case. Everything about Krampus is an awful mess. There are some real bizarre moments too! There’s a home invasion scene, where a guy just lies down on the ground upon seeing the teenage daughter, expecting some sexy fun time. He literally, sees the girl, andf without even a word, he just lays himself down on the floor, where the teenage girl straddles him, a knife wielded behind her back. Of course, the film forgets about causal murder by a teen age girl, and instead gets right into the action with a really awfully choreographed fight! Did i mention where this fight takes place? You guessed it, a bar!

So with a sense of duty and a good amount of patience, I came to the end of the Krampus : The Christmas Devil. A little older and a little wiser. It’s a cheaply made, awful mess, with little to nothing that is good. A terrible script, badly acted by a budget cast, filmed on a roller coaster and directed by an apathetic director. Topped with terrible sound and served with a side of sexism.
If this DVD turns up in your stocking…someone doesn’t love you! 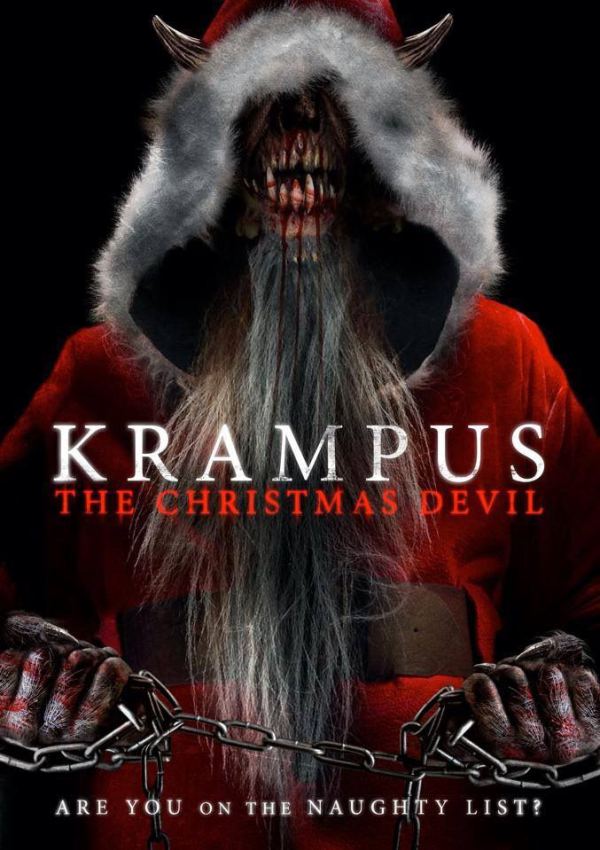 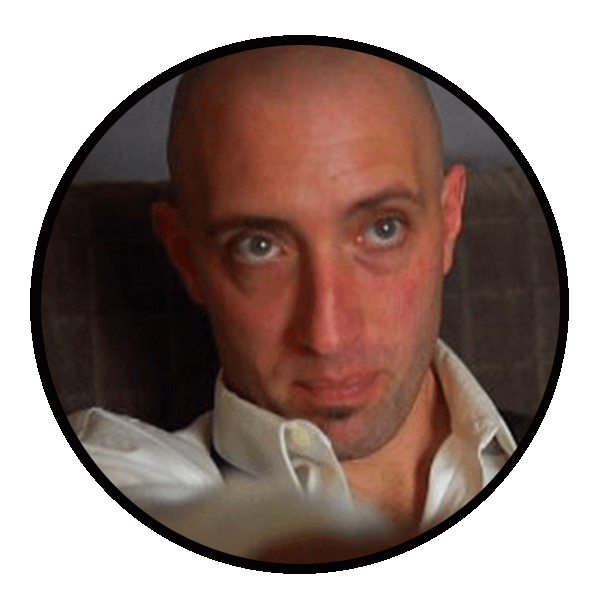 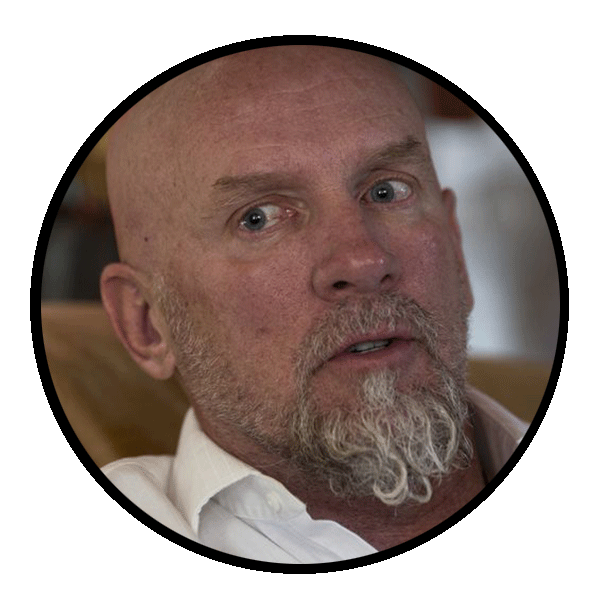 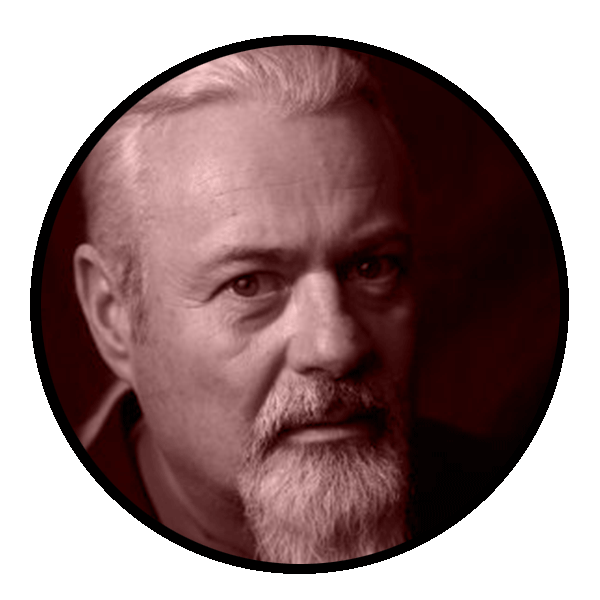 Is Krampus: The Christmas Devil the worst modern film ever made? Or did some other terror tid-bit rub you up the wrong way? Let us know?

Kako^
Reply to  The Caretaker

But is it worse than Poultrygeist: Night of the Chicken Dead? I honestly thought that would be a fun “so bad it’s good” movie….but no. Quite literally the worst thing I’ve ever seen.