Much like the recent Halloween film, it seems that the Leprechaun series is going to be taking a few back steps to get the old engine running. Bloody Disgusting had an exclusive look at Lionsgate new feature ‘Leprechaun Returns’ as it heads onto Digital and On Demand.

Leprechaun Returns will pick up 25 years after the 1993 original film, meaning that it will be a direct sequel to the first entry in the franchise, which saw the Leprechaun falling down into a well, after having a four leaf clover shot inside his mouth. The new poster shows the Irish killer climbing out of this same well.

“The deadly, wisecracking Leprechaun is back in all his gory glory. When the sorority sisters of the Alpha Upsilon house decide to go green and use an old well as their water source, they unwittingly awaken a pint-sized, green-clad monster. The Leprechaun wants a pot of gold buried near the sorority house, but first, he must recover his powers with a killing spree—and only the girls of AU can stop him.”

Sadly for us fans Linden Pork is taking over from Warick Davis, which makes the news bitter sweet at best. Having Warwick return would have made this project 100 times better! However, the film will also co-stars Mark Holton, who returns to the series, reprising his role as Ozzie Jones.

Beware pots of gold on December 11th, 2018, when the green menace returns! 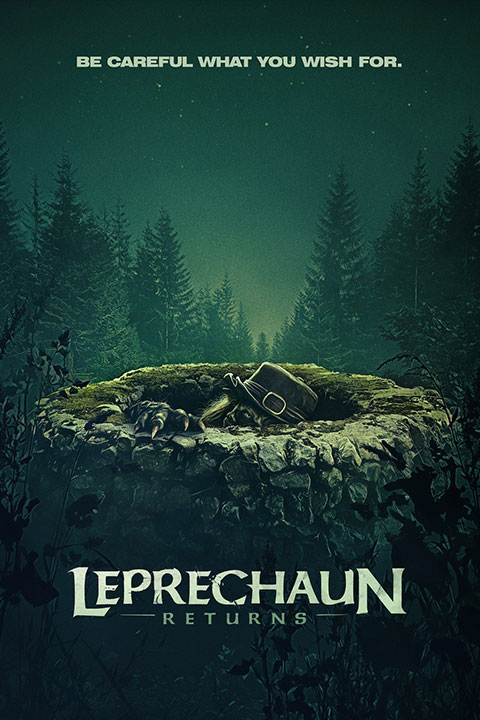