976-EVIL Coming To Blu-ray in October

Robert Englund is best known for his acting chops, with his role of A Nightmare on Elm Street’s Freddy Krueger being his career defining role. But he also stepped behind the lenses a number of times, with the techno horror 976-EVIL being his directorial debut.  Released in cinemas by New Line in 1988, the film failed to bring in the big bucks, but did indeed create a cult following and even managed to produce a sequel.

Co-written by future Oscar winner Brian Helgeland, the film is a supernatural black comedy that follows Stephen Geoffrey’s as Hoax, a a high school loser who discovers a phone line that brings his darkest fantasies to life. But the price of power is great one, as Hoax find’s Dominic forces slowly taking hold of him.

“High school underdog Hoax (Stephen Geoffreys – Fright Night) fills up the idle hours in his seedy little hometown fending off the local leather-jacketed thugs, avoiding his overbearing mother (Sandy Dennis) and dreaming of a date with trailer park temptress Suzie (Lezlie Deane), But his quietly desperate life takes a terrifying turn when his cousin introduces him to an unusual new hobby – phoning in for his “horrorscope”. Hoax is hooked up with a compellingly hideous demonic force that slowly begins to overtake his entire life and now there’s more than just a phone bill to pay for anyone who ever dared cross “the neighbourhood nerd”.

Eureka Entertainment are bringing this classic horror to Blu-ray on the 19th October 2020, with the extended Home Video version that did not air at the cinemas. This 105 minute version will include new interviews and also audio commentary by Englund. Sadly it’s still only a 1080 presentation. I guess we are still waiting on a 4k version.

The first two-thousand copies will also include a limited edition slipcase cover and a physical booklet, so UK Horror Fans might want to jump into this order soon. 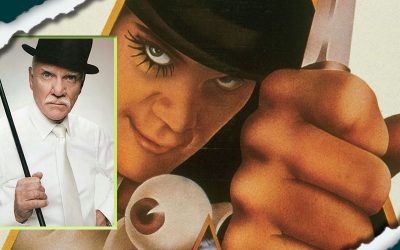 Malcolm McDowell has enjoyed a fine career in American film and TV since moving to the States in the 1980s, but it was his role as Alex in Stanley Kubrick's classic movie A Clockwork Orange that made his name in Hollywood. The film, based on the book by Anthony... 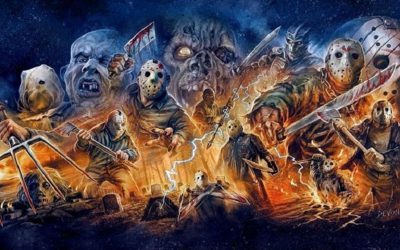 Scream Factory has just announced the full list of exciting bonus features that will be included in the Friday the 13th Collection (Deluxe Edition) and it's bloody brilliant! Being released on October 13th 2020 in the US & Canada this jam packed box set is sure to... 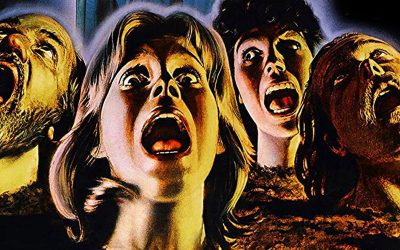 ‘Motel Hell’ Gets a 4K Transfer from Scream Factory

In 1980, Kevin Connor brought us the cult classic slasher film Motel Hell, a low budget horror with a touch of satirical humor.  The low-brow horror was first dug up onto Blu-Ray by Scream Factory in 2012. Well, it looks like they are about to give it a another...