Fox have unveiled the first official poster for upcoming sci-fi sequel Alien: Covenant, confirming for sure that THIS film will include the a character sadly missing from 2012’s Prometheus, The Alien!

Fans were left frustrated at Ridley Scott last installment of the Alien franchise, where it was heavily implied that the film would tie into the original series, but ultimately did not.

The new poster certainly seem to be a much darker approach than Prometheus and fits in with what Michael Fassbender, who reprises his role as android David in the movie, told Collider.

This Alien is going to be… I’m very excited to see it and everybody in the film was saying this is a film that we all want to see. It’s much scarier than Prometheus but it’s got the same sort of scope of Prometheus. It’s kind of got more of the sort of thriller, imminent disaster feel that Alien had, so it’s kind of a beautiful meeting of both of those films. I’m really excited to see it, I think it’s gonna be super scary number one and then again with the massive scope of Prometheus… Once it starts and the ball starts rolling, it doesn’t let up. It’s really gonna bring chills to the cinema.

Judge for yourself below. 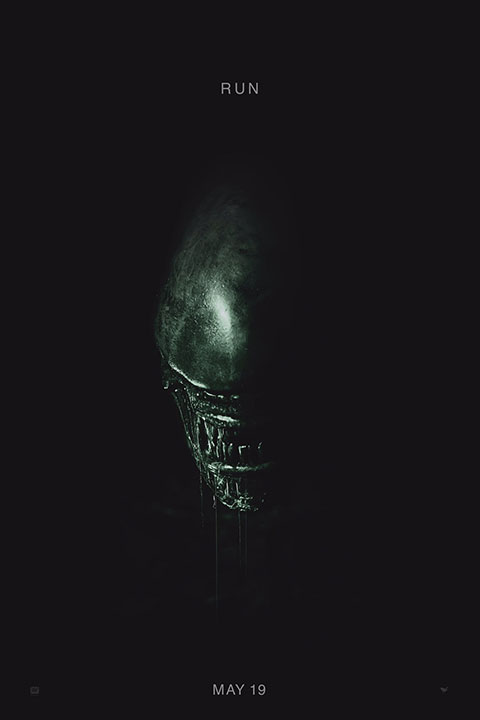 The film was marked down for a 4 August 2017 launch, but now that seems to have changed. For once a film is delivering earlier than expected, which makes a nice change.  Having wrapped production back in July 2016, Alien: Covenant will now be released on May 19, as stated on the poster.

As far as I’m concerned, more Aliens in never a bad thing, unless it’s an Aliens vs Predator film…then it can go jump off a cliff.