A big surprise this year was the discovery that Netflix had bagged the rights to the classic 1960s Sci-fi show Lost in Space, and even more so that the show was just about ready to air. The show followed the Robinson’s, a pioneering family of colonists, who sabotaged ship sent them deep into unknown space. Facing often hostile and dangerous situations, the show was always one filled with plenty of action and drama. Well Netflix is once again going to throw the Robinson’s off into the deep unknown, and you can watch it on on April 13th.

The original version of “Lost in Space,”  was created by Irwin Allen, and later adapted into a feature film, in 1998, starring William Hurt,  Mimi Rogers and Gary Oldman. The new crew are Toby Stephens as John Robinson, Molly Parker as Maureen Robinson, Mina Sundwall as Penny Robinson and Max Jenkins as Will Robinson. A gender swap sees  Parker Posey as the infamous Dr. Smith.

You Can Check out the Trailer, and more on the show below.

Set 30 years in the future, colonization in space is now a reality, and the Robinson family is among those tested and selected to make a new life for themselves in a better world. But when the new colonists find themselves abruptly torn off course en route to their new home they must forge new alliances and work together to survive in a dangerous alien environment, light-years from their original destination.

Stranded along with the Robinsons are two outsiders who find themselves thrown together by circumstance and a mutual knack for deception. The unsettlingly charismatic Dr. Smith (Parker Posey) is a master manipulator with an inscrutable end game. And the roguish, but inadvertently charming Don West (Ignacio Serricchio) is a highly-skilled, blue collar contractor, who had no intention of joining the colony, let alone crash landing on a lost planet.” 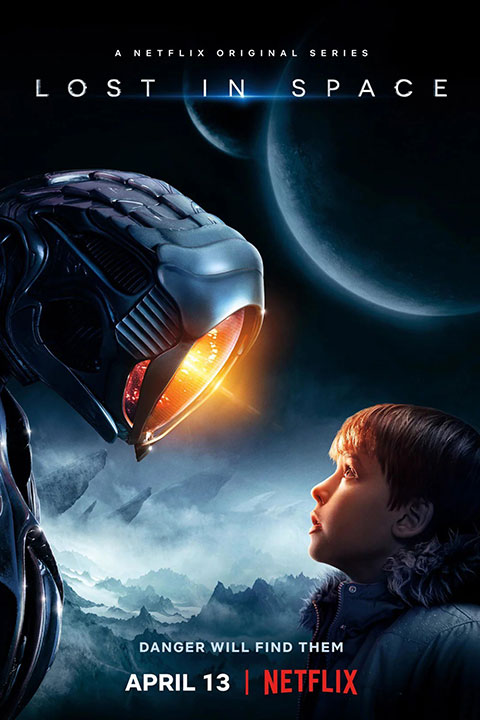