Can you handle 4 Different Versions?

Listen up Deadites, because were about to get medieval! Scream Factory is about to release a special edition Blu-Ray for the third chapter in the Evil Dead series, The Army Of Darkness. Starring Bruce Campbell as the lovable rogue Ash Williams, the special “Collectors Edition” will come with four different versions of the film.

Whilst most fans would have seen both the Theatrical and Directors cut, few may have ever seen the Television Cut, which boasts additional footage, albeit in a standard definition broadcast.

Whilst the disc includes some making bonus items you may have seen before, it also some new items , include stills galleries and 55 minutes of previously unseen behind the scenes footage. The biggest edition, is the Medieval Times: The Making Of “Army Of Darkness” Featurette , which includes interviews with cast and crew.

It’s the most definitive release so far, which will keep even the most prolific deadites busy with new stuff!

You can pre -order the Army of Darkness Blu-Ray Here! 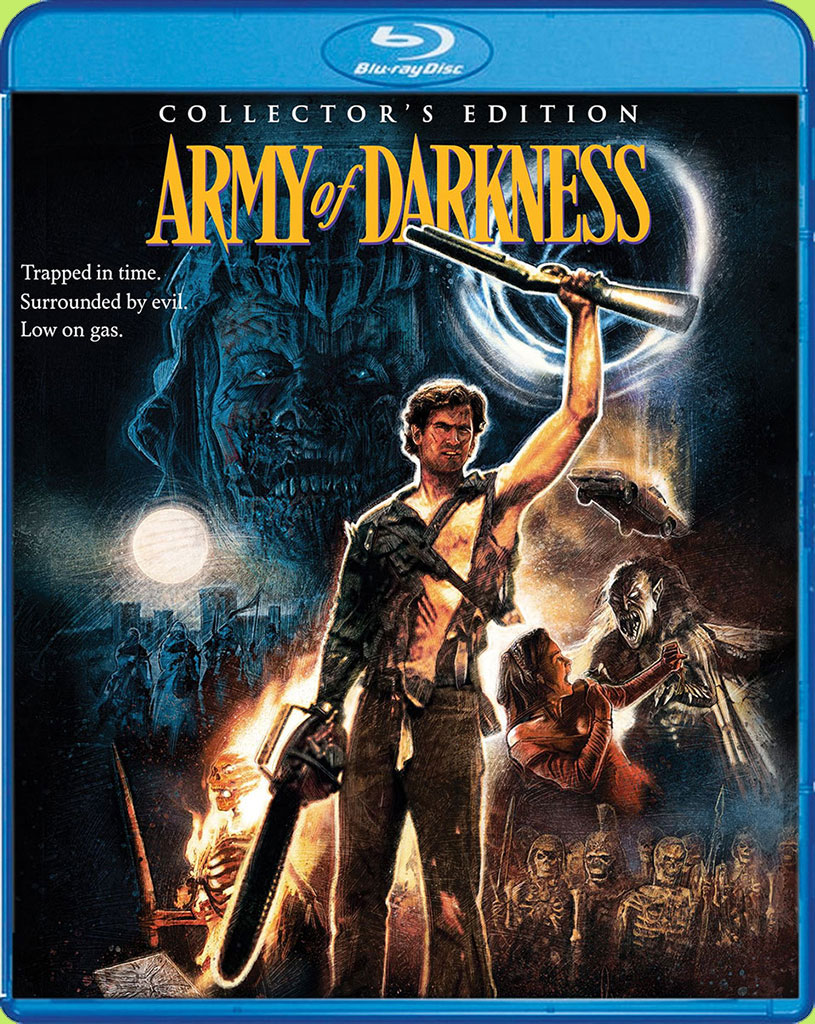