Awesome Cover Art for ‘Lost in the Shadows’

Howdy Horror Fans, here’s a little something to get your teeth into! Ready for pre-order is the Lost in the Shadows: The Story of The Lost Boys, a book which delves deep into the heart of Hudson’s Bluff hidden mysteries and discovers how the Lost Boys film was made.

The Book promises to be an ultimate inside look at the making of the 1987 classic vampire thriller. With over 400 behind the scenes photos (with some exclusive never-before published images)the book also contains interviews with over 40 members of the cats and crew, which includes archive material form actors Corey Haim (Sam), Brooke McCarter (Paul) and Edward Herrmann (Max), who all have sadly passed away since the films release. Fans of the Lost Boys are going to love this must-have book.

“LOST IN THE SHADOWS serves as the ultimate chronicle to one of the most beloved vampire movies of the 1980s.”

Our horror buddies over at Bloody Disgusting got this exclusive look at the amazing artwork from artist Graham Humphreys, which I just love. Showing off almost everyone from the film (Barnard Hughes and Dianne Wiest are missing form the artwork). 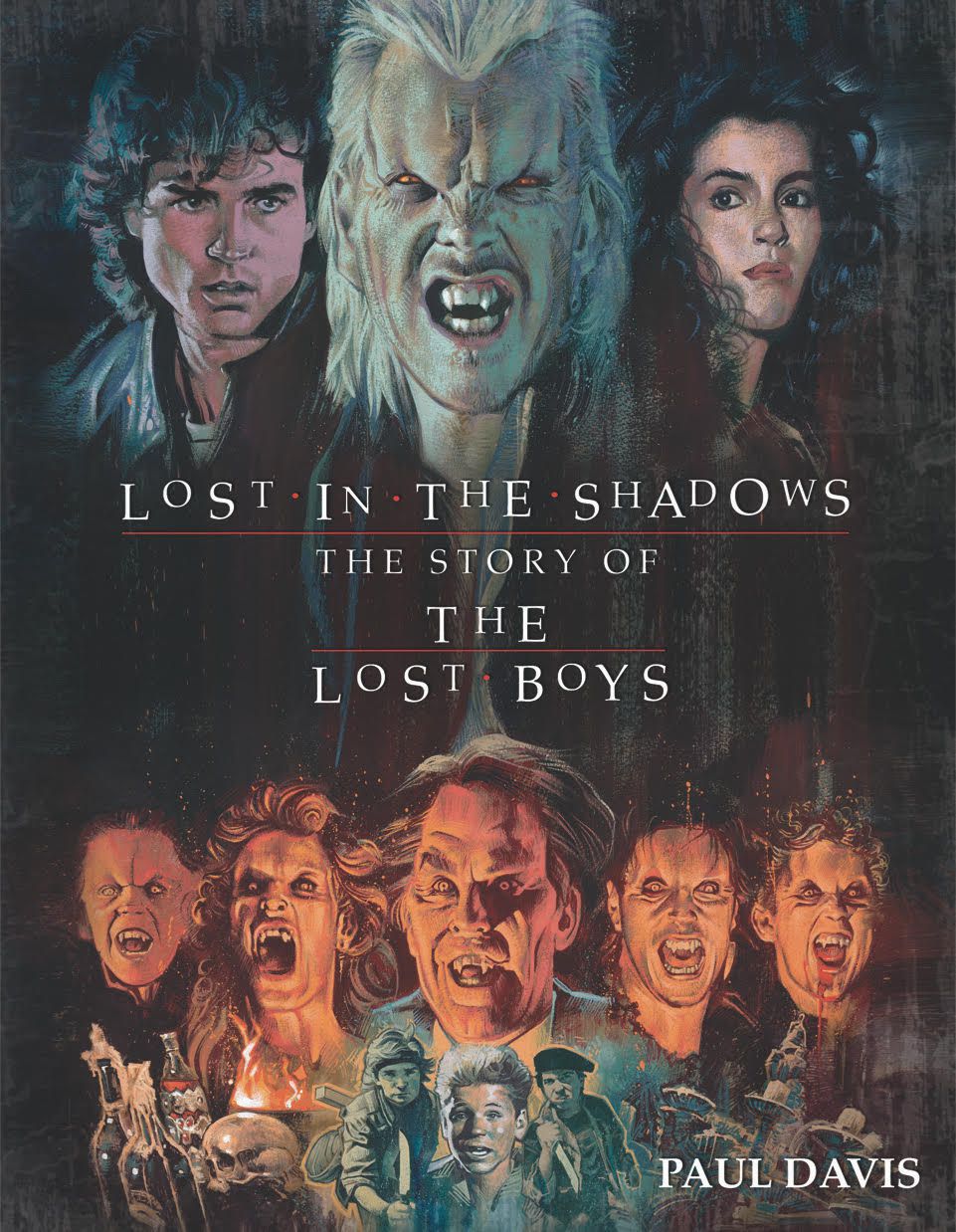 From writer and director Paul Davis, Cult Screenings Ltd. and Dead Mouse Productions, comes a brand new limited edition, 256-page, all colour, hardback book on the making of the 1987 cult favourite. THE LOST BOYS. LOST IN THE SHADOWS delves into the complete history of the film, from its inception as a Peter Pan inspired kids adventure, its eventful production, and its enduring 30-year legacy.
Featuring brand new interviews with Joel Schumacher, Kiefer Sutherland, Jason Patric, Jami Gertz, Corey Feldman, Richard Donner (and many more), and hundreds of rare behind the scenes images, LOST IN THE SHADOWS serves as the ultimate chronicle to one of the most beloved vampire movies of the 1980s.

Well I’ll be grabbing my copy… dont miss your opportunity to get yours.