Directed by Screen Writer Colin Trevorrow, the all-new official Jurassic World short film ‘Jurassic World: Battle at Big Rock’ debuted on FX last night, and the film hit the interwebs shortly after, and we have it for you right here!

Set one full year after the events of Fallen Kingdom, a family on a camping trip to Big Rock National Park has a confrontation with dinosaurs. The story follows the family as the encounter with these wild animals becomes a terrifying fight for survival. 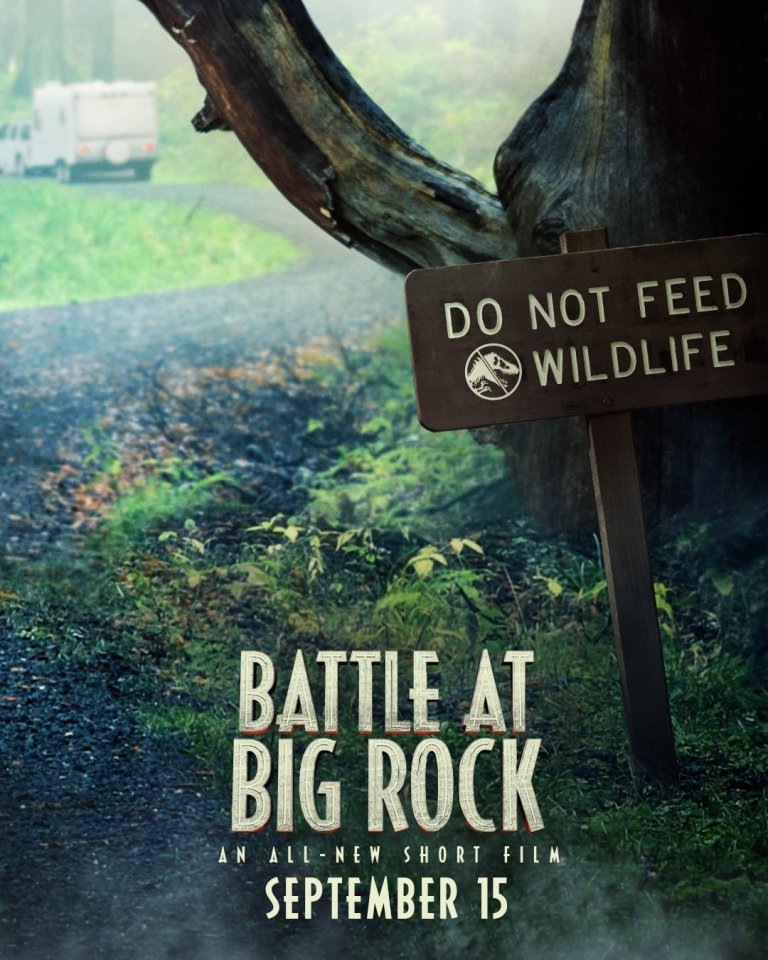