Great news for fans of killer good guys doll, the trailer for highly anticipated TV series Chucky has hit the the interwebs. In the next chapter of the ongoing film franchise “an idyllic American town is thrown into chaos after a vintage ‘Good Guy’ doll turns up at a suburban yard sale. ”

A couple of weeks back, we were treated to a teaser of the upcoming show, which will be hitting screens on Oct 12th, along further information about the shows direction. Franchise created Don Mancini spoke about his wishes to bring the series back to it’s classic slasher roots, which is exactly what the new trailer shows.

One of the things I wanted to do was bring [the franchise] back to its Child’s Play roots and have the protagonists [be] kids. But since, with the first couple of movies, we’d already delved into having little kids I wanted to explore something different, so this time we’re exploring young teenagers.

Teenage star, Zackary Arthur (Transparent), will be stepping into the shoes of vulnerable Jake Webber, who seems to take a shine to his newly found “classic” good guy doll, only to find ridiculer and abuse from friends and class mates. In a interesting twist on the original screen play, it does indeed seem that Chucky will be getting revenge on all those that have wronged poor Jake. In the original script, called Blood Buddy, Buddy” was an expression for Andy’s unconscious rage. Mancic explained the idea with THR.

“One of the features the Good Guy dolls had was fake blood in them, because I was inspired by my sisters’ dolls — they peed, you could make their hair grow — and I thought in the context of a horror movie, how awesome to have a doll that would bleed… So the way that the doll came to life was that because Andy is a lonely kid — no dad around, his mom is a busy working mother — in that classic rite of brotherhood he cuts his own thumb and the doll’s thumb so they’ll be best friends forever —‘friends ’til the end’ — and after that the murders start.”

The show certainly looks like it could be exploring some of these element, with our young protagonist being much more a lonely and venerable character.

Brad Dourif is back as Chucky, alongside long time co-stars Jennifer Tilly as Tiffany, Fiona Dourif as Nica Pierce, Christine Elise as Kyle and Alex Vincent as Andy Barclay. The new series will launch Oct 12th, to SYFY and USA.

Of the many negative stereotypes that exist for the LBGTQ Community, perhaps none is more damning than the court of public opinion, that stems from years of systematic enforcement through films, that gay/lesbian/bisexual/transgender/queer people are dangerous. You... 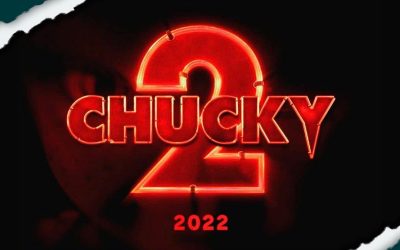 Just in case there was any doubt on Chucky's future, creator and director Don Mancini drops a logo reminding horror fans that Chucky Season 2 is indeed happening. BD spotted the following tweet from Mancini this weekend, that included a newly designs logo for Charles... 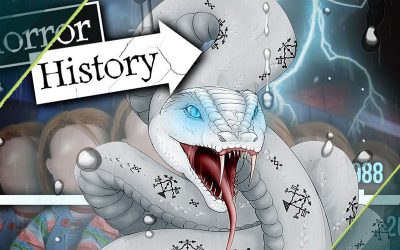 CHUCKY: The History of Damballa

The Haitian deity Damballa plays a pivotal role in the Child's Play franchise, being the source behind Charles Lee Rays transformation into Chucky. Whilst we are introduced to the voodoo practice in which brings Chucky back from the dead, we learn very little about...