Some good news for lockedown Horror Gamers as Behaviour Interactive launch the third Tome update for their asymmetrical horror title, Dead By Daylight. Bubbed “ESCALATION,” this extension brings more history for fans to enjoy in addition to new challenges for them to explore.

Dead by Daylight is an asymmetrical multiplayer (4vs1) horror game where one player takes on the role of the savage Killer, and the other four players play as survivors. As a survivor, the goal is to repair generators that will power the exit gates. As a killer, it’s your job to stop the survivors from escaping. It’s an amzingly fun game thats as thrilling as it is challangeing, and it’s made venb better with it’s ever growing roaster. Just recently, we saw the addition of the Demogorgon from stranger things alongside new surviror, steve Harrington ( with purchasable Scoops Ahoy sailor suit). They join a roster of horror villains such Freddy Kruger and Michael Myers, and a many original characters created by BI. 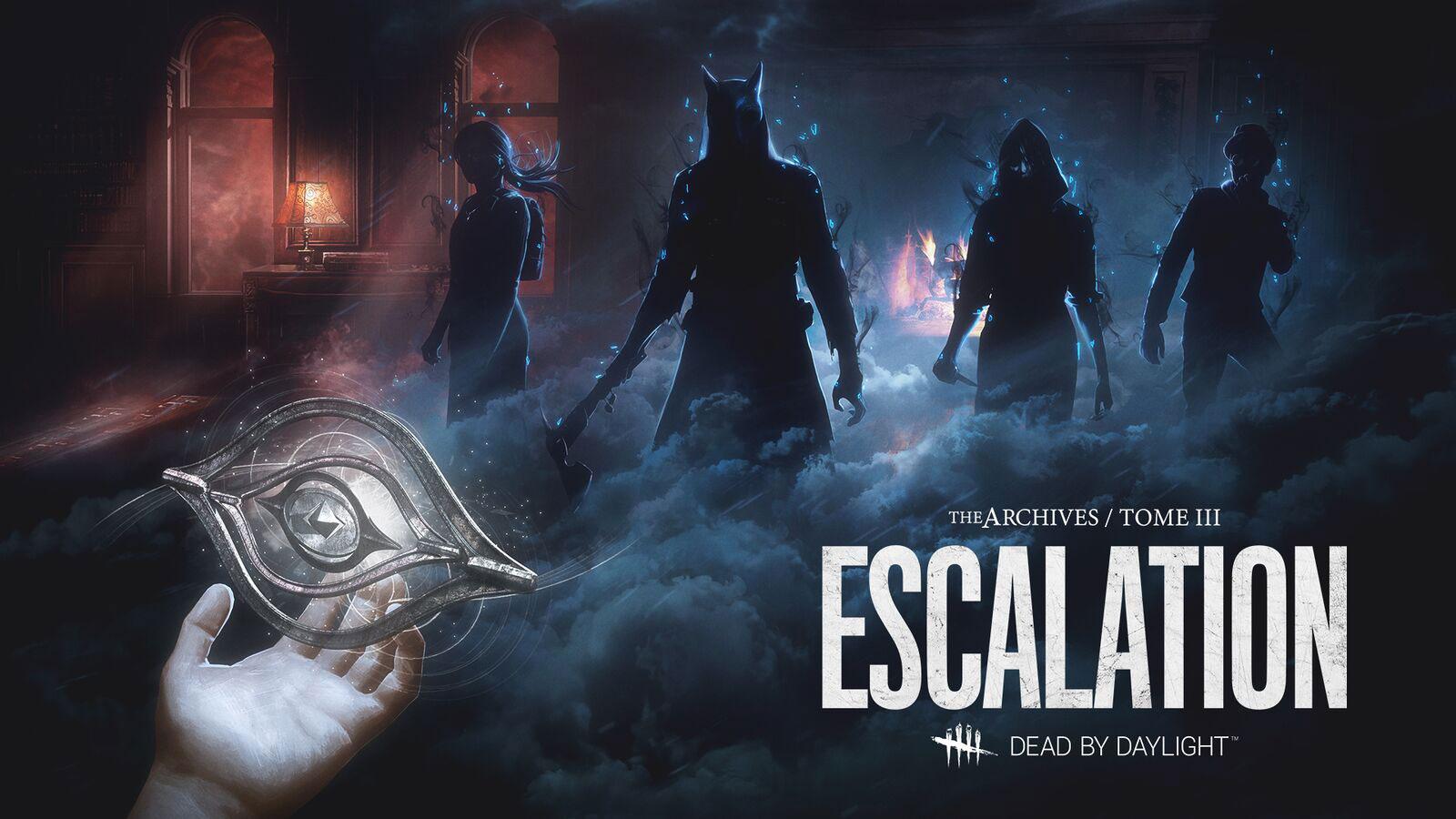 ESCALATION allows players to unlock memories from Dwight Fairfield’s “A Story by Any Other Name,” The Huntress’ “A Lovely War,” Kate Denson’s “Back to Zero” and The Legion’s Soldiers of Mayhem. All unlockable by completing challenges in the TOME. This also opens the RIFT, a system based off of Fortnights Battle Pass and allows players to pick up new costumes and charms.

“The Archives aim to deepen every player’s Dead by Daylight experience by delivering a fun and exciting content into the Fog. Discover the secrets of The Entity and The Observer through a new Tome and time-limited Rift every Mid-Chapter. Fans are called upon to complete new Master Challenges to progress further through the Tome and its respective Rift. Every Tome is separated into several Levels, each containing a fresh layout for the Auris Web with more Challenges, lore Entries, Bloodpoints, and Rift Fragments.”

On top of that, between the dates of April 29th and May 6th, Tome III features a 30 percent sale on the main characters Kate and Legion. The Spirit and Feng Spring Harvest Range is also to be released as part of this upgrade.

Dead By Daylight is available on PC, PlayStation 4, Xbox One, Nintendo Switch, and more very recently they had added Android and iOS to their roster, so you can ply on your phone or tablet.

Are you a fan of Dead By Daylight? Why not join me for a game over on STEAM and Let us know in the comments below or on Facebook, Twitter, or Instagram! You can also carry on the convo with me personally on Twitter @Lallen_UK

The page you requested could not be found. Try refining your search, or use the navigation above to locate the post.