Cassandra Peterson teased some pretty exciting news this week on a Instagram Q&A session. The 67 year-old star is best know for her alter ego Elvira, whoes revealing, black, gothic, cleavage-enhancing gown, beehive black hair and vampish appearance has been entertaining us since the early 80’s. Peterson score a film back in 1988 with Elvira, Mistress of the Dark and now it sounds like we may just get a bit more of the buxom Horror host.

movieweb was the first to report on the news, where Peterson was asked about the possibilities of another movie.

“I’m giving this some serious thought. A LOT of people ask this question, so I’m thinking one more… we’ll see!”

She also revealed that she’s working on bringing her show, Elvira’s Movie Macabre, to Netflix. When asked is she had considered Netflix, she simply replied, “I’m working on it!”, along side a fingers crossed emoji. So one way or another, it looks like we’ll be getting much more Elvira in the future. What is clear is that Elvira’s fan base is still growing and I hope that she’ll be a staple in our horror community for many more years to come. 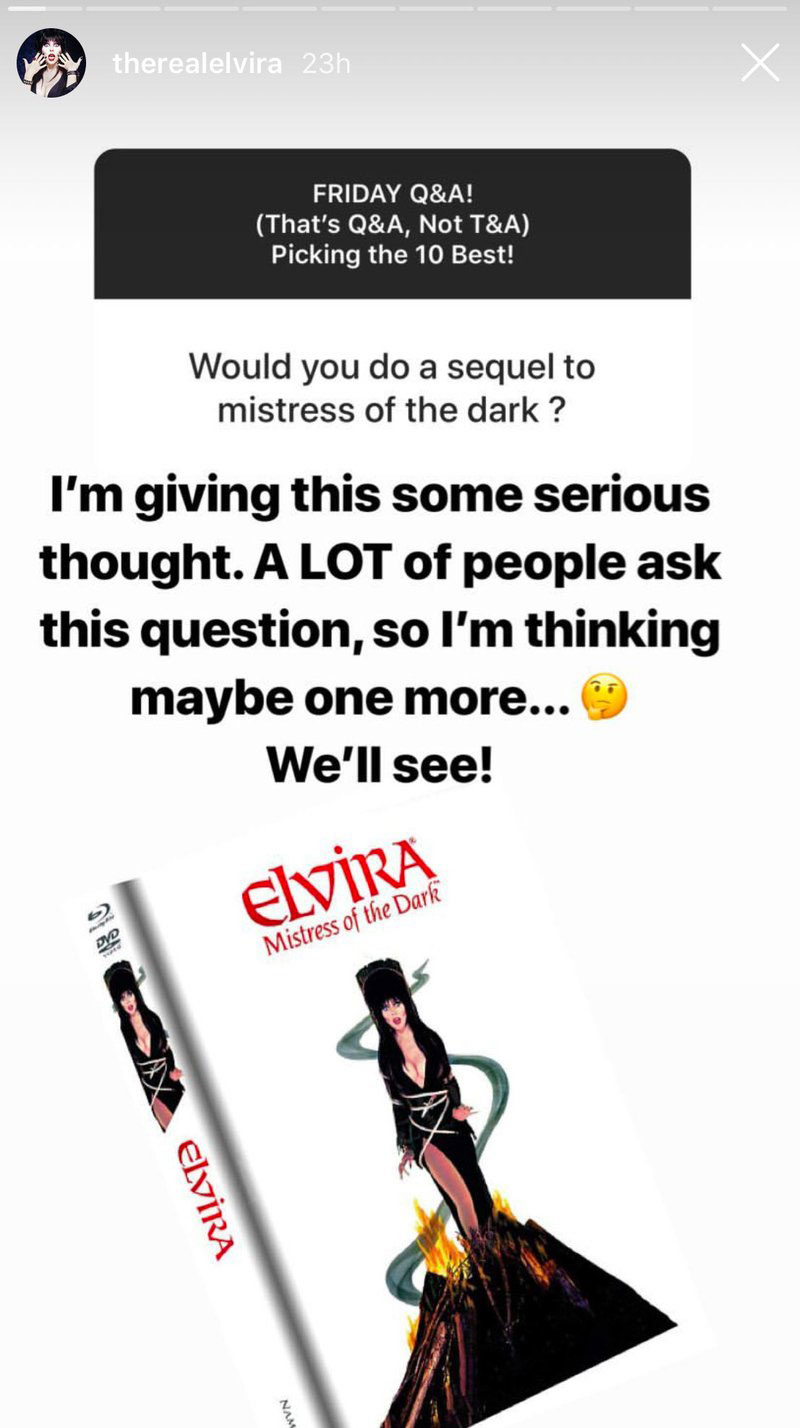 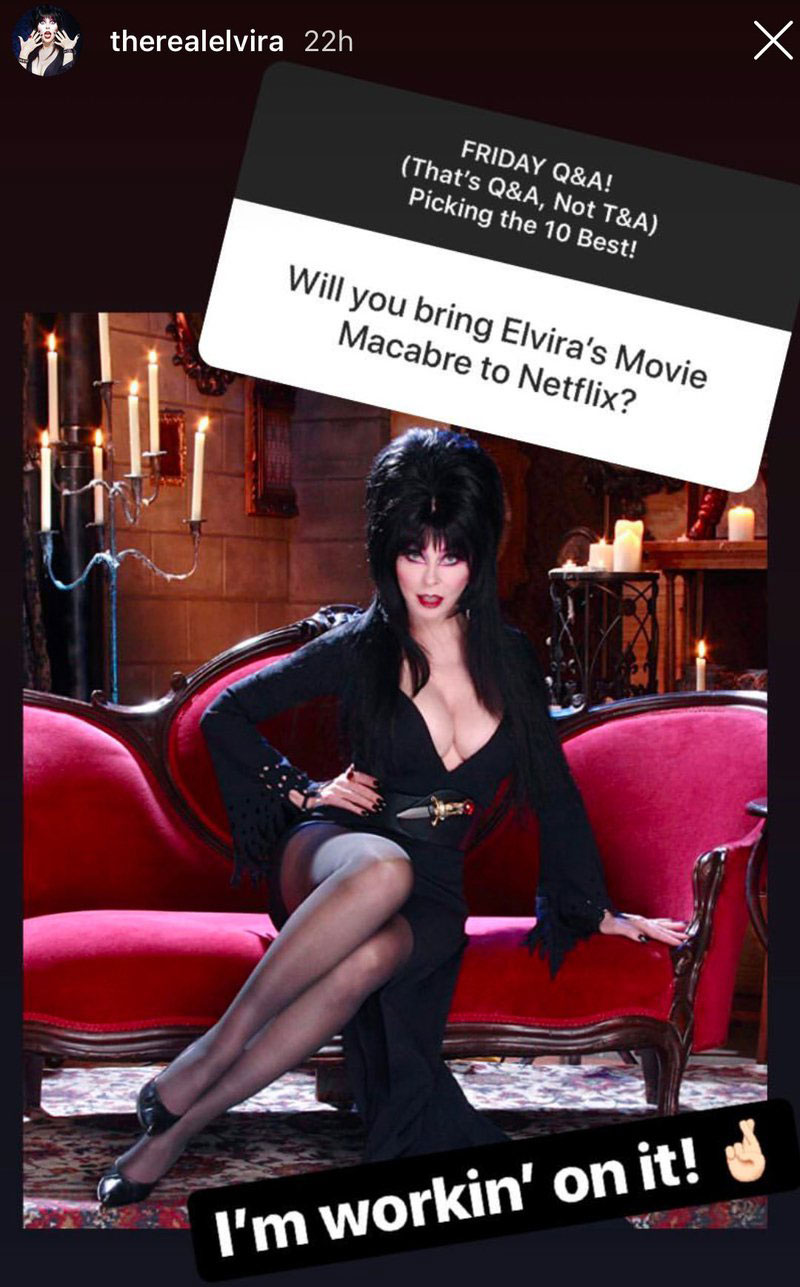