Are you a fan of A Nightmare on Elm Street film series? If you answered yes (and you should have!!!) then be prepared to meet you new best friends, who call themselves FREDHEADS!

The new documentary, called Fredheads, looks at the passionate fans of the Freddy Krueger and his films. Focusing on the films influences on it’s fans, and the large community built up over the years, the film makers behind the project are travelling across the US, meeting Fredheads from all communitea and nationalities.

As A Nightmare on Elm Street continues to thrive many years after its 1984 release, fans of all ages, both nationally and internationally, are invited to share their stories. With the central theme of how being a fan can change your life, FredHeads will feature enthusiasts of all types: passionate fanatics, lifelong aficionados, cosplayers, creators, artists, filmmakers, kids, and more. The documentary will also feature insight from the stars and creatives involved in the original film series, exploring the enduring legacy, the cultural impact, and the passion of the Elm Street fan community.

Fans that sign up to the crowdfunding campaign can pre-order a limited edition DVD of the documentary, as well as purchase T-shirts, posters and soundtracks, from the NOES films. There are even prop replicas up for grabs, signed by Freddy Krueger himself, Robert Englund, and a chance to be even be in the documentary sharing your experience of the NOES films.

Director Paige Troxell has this to say on the very personal project.

The Nightmare on Elm Street franchise has done more than impact my life, it has saved my life. In my darkest times I have turned to Elm Street. It is a survival story, it is my best friend, it is my comfort, and it is my home. Traveling the country and meeting other fans and friends who all share similar stories sparked an idea. I knew that there were others out there who saw this film for more than just the typical slasher. It is my goal to bring to life each and every story; to show the world that this community stands together, that we are a support team for each other. I want to show the world what it really means when we call each other FredHeads.

This is great chance for you to take part of something special and help produce a documentary that will sure to show the other side of Horror, the people that really make the genre so great, (YOU) the fans! 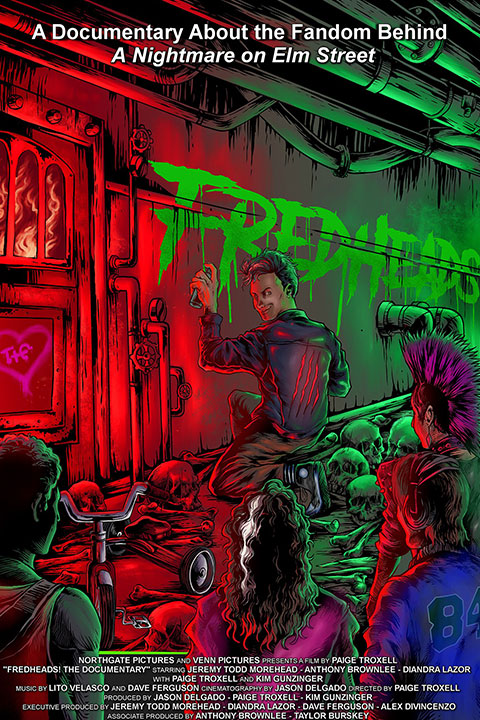