Fancy a little gross-out nostalgia? Then look no further as Indican Pictures looks set to release it’s latest documentary, 30 Years of Garbage : The Garbage Pail Kids Story. Yes those crazy collectible cards are about to get a amazing look back, as the new documentary plunge into the filth to bring your the history of the The Garbage Pail Kids.

“In the 1980s a bunch of underground cartoonists parodied a popular doll. The result was GARBAGE PAIL KIDS
TRADING CARDS. This product tapped into the international kid zeitgeist. It spoke against the corporate
culture that was being fed to a rebellious generation. To quote featured, Pulitzer-Prize winning co-creator
Art Spiegelman, “We were bringing the counter culture to a new generation of
kids, only it was the candy counter. “

The Garbage Pail Kids was a series of trading cards from Topps that were a grotesque parody of the the popular toy franchise, The Cabbage Patch Kids. Each sticker card features a Garbage Pail Kid character that was either deformed, gross or otherwise disturbed, and each character would come with a ludicrous name. Topps printed two of each character, each one with a different name, doubling the amount of trading cards they could sell.

Characters included the likes of Adam Bomb, Crater Chris and Dead Ted, amongst many more over the 15 series between 1985 and 1988, with the later designs looking less and less like the Cabbage Patch kids, due to a trademark infringement from Coleco, the makers of the popular doll line.

The new documentary is diving deep into the history of the grotesque trading cards, with interviews with the creators , artists and even the actors from the 1987 movie.

“There’s a rich cartoon, parody history hidden in these small time capsules known as trading cards.  How and why did Garbage Pail Kids trading cards become a colossal, 1980’s pop-cultural phenomenon?  Let’s celebrate the 30th anniversary of the Topps Company Garbage Pail Kids with a documentary that is jam-packed with interviews with the original creators, artists and actors of the movie with the same name.  Grown-up kids share nostalgic memories of what it was like to be a part of an international sensation.  Superfans give us a peek of a 30-year amassment of Garbage Pail Kids memorabilia. We will mark this simple bubble gum collectible as a true art form of the 20th century.

This documentary revisits the artists who made these collectibles famous, showing a rare glimpse into the corporate culture of Topps as they launched Garbage Pail Kids through the height of the cards fame, the downfall from the legal battle with the Cabbage Patch kids and their untimely demise. The film is jam packed with interviews of over a half dozen artists. Each artist penned these counter-culture trading cards and each artist shares the inside stories”

Look out for these crazy cards return on September 20th via VOD and on DVD. 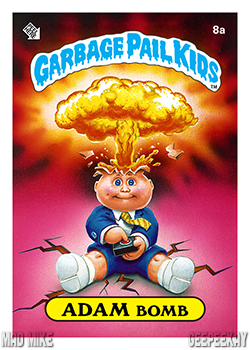 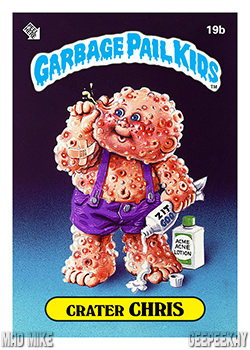 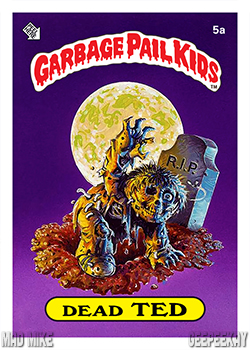 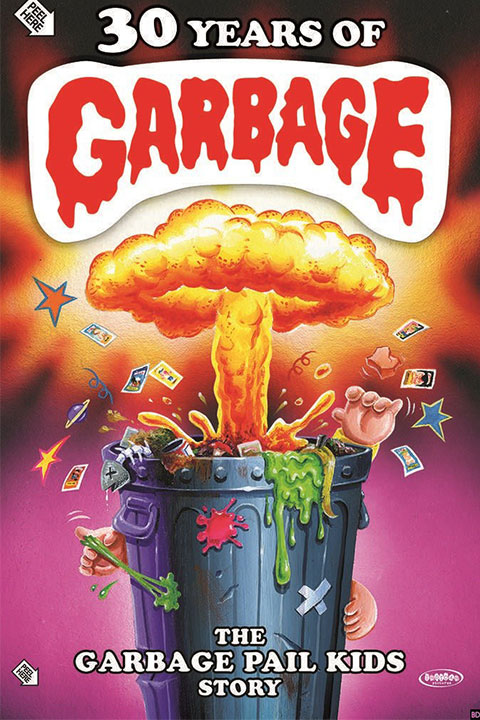