Mad Max: Fury Road director George Miller has bee chatting recently about his next big Mad Max film, which is the spin-off movie Furiosa, which will be following the character from Fury Road. The new film promises to be a major departure from the world of mental car chases and big explosions. Instead, the film will be a much more grounded affair with it’s own epic scale, as Millar revealed to Deadline this week.

“I’ll tell you how it’s going when it’s finished, but it has got off to a lovely start. All I can say about my excitement about doing it is that it’s definitely exciting, because even though it’s certainly of that world of Fury Road, it’s also got a lot of the differences we’ve been talking about. Again, it’s uniquely familiar. And probably the biggest difference is the timespan. Fury Road happened over three days and two nights and this one happens over 15 years. So, it’s a saga.”

The film will follow the character of Furiosa’s and we will get to see the world of Fury World being built from the vantage point of this renegade character. It all sound very exciting. In a behind the scenes book Fury Road producer and first assistant director P. J. Voeten weighed in on just what we can expect to see in the new film.

“When I started reading [the ‘Furiosa’ script], I couldn’t put it down. It is going to be really, really good. You get to see Gas Town. You get to see The Bullet Farm. It’s exciting to be able to build that stuff.”

Whilst the original character was played by Charlize Theron in Fury Road, Furiosa will star Anya Taylor-Joy as a younger version. There will also be a number of familiar faces popping up, including Nathan Jones who will be reprising his role as Rictus Erectus. Sadly, one actor that won’t be returning will be Hugh Keays-Byrne who played Immortan Joe (and also Toecutter in the original Mad Max in 1979), as he sadley passed away in 2022. Who will be replacing him is unknown at this time, but I’d love to see co-star Chris Hemsworth tackle this incredible nuanced bad guy.

Furiosa is set to be released in 2024, so I’m sure there will more news coming as film comes together.

Are you thrilled about Furiosa? Let us know in the comments below or on Facebook, Twitter, or Instagram! Or head over to our Fans Page to join like minded horror fans. You can also carry on the convo with me personally on Twitter @Lallen_UK 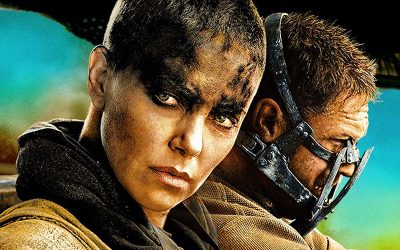 I'm a huge fan of the Mad Max films, with the Mad Max: Fury Road being one of my favorite action films of all time. With Tom Hardy stepping into the shoes of MAX, director George Miller delivered one of the most ambitious film projects ever put on film.  After...