George A. Romero on ‘ROAD OF THE DEAD’

Have you ever sat there and wondered what a mashup between ‘Mad Max’ and ‘Night of the Living Dead’ might look like? Well if you haven’t, zombie master George A. Romero sure has, and it’s called ROAD OF THE DEAD.

“It’s really THE FAST AND THE FURIOUS with zombies”

Rue Morgue got the drop on this cool news with an interview with the maestro about his new zombie project.

“It’s set in a sanctuary city where this fat cat runs a haven for rich folks, and one of the things that he does is stage drag races to entertain them”

George sets the scene in an isolated city, a few years after the events of ‘Land of the Dead’, and will continue the theme of the zombies evolving. Think Big Daddy, but with zombies at the wheels of cars instead of guns.

“There’s a scientist there doing genetic experiments, trying to make the zombies stop eating us, and he has discovered that with a little tampering, they can recall certain memory skills that enable them to drive in these races. So it’s a demolition derby with zombies at the wheels, and of course the shit hits the fan in other ways. It’s really a romp; it’s great fun, with stunts galore.”

While no cast has yet been secured for ROAD OF THE DEAD, Romero and collaborator Matt Birman have revealed that the film will have a whole host of characters including villains, comic relief, and hero characters, which is very much inline with Romero’s previous films.  However he does not feel under pressure to update his zombies such as in recent Zombie cinema, and his undead goons will remain ‘Walkers’.

“Well, they’re fast on wheels—fast and furious! They don’t run, though; they’re still going to schlep around when they’re on foot”

ROAD OF THE DEAD will continue the exploration of class difference, as we last saw in LAND, but he has laid down a line at exploring the recent volatile period of politics.

“It would be hard to; that’s almost too large to deal with, and we didn’t want to go there when we were writing it. This one is really almost a comedy, though it’s got scares and spooky moments and all that. It’s more about suspense than blood. While there is gore, it’s not overt; there are no big, operatic sequences where people get torn apart. There’s slapstick in it, but it’s mostly stunts; it’s quite different. One character dies, for example, in a tragic way, but was once in NASCAR and is able to come back and drive. It’s that kind of looney-tunes. It’s really THE FAST AND THE FURIOUS with zombies.”

So it sounds like it going to be an action packed film, filled with characters we will love and hate, lots of stunts and plenty of that Romero gore. Bring on the zombies…

Make sure you pop over to Rue Morgue to catch the whole interview and let us know what you think in the comments below. 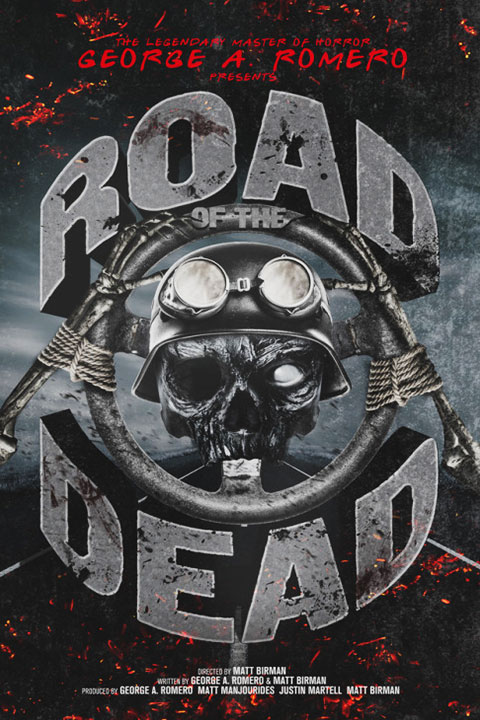