‘Halloween Ends’ Story Will Have A Time Jump

With Halloween set to return this October thanks to the second outing of David Gordon Green’s new series, called Halloween Kills, the director recently spoke about his plans for the third film and how it would be very different from his other two films.

In Halloween (2018), we revisit both Michael Myers and Laurie Strode 40 years following the killing spree in Haddonfield. With Michael back in town for fresh blood, Laurie lures Myers into a fiery trap in which it seems there is no way out. The trailers for the new film show that Myers does indeed escape and continues his rampage. Remember that all of this; the events of the first two films, are taking place on the same Halloween night. Recently, Green spoke with the ReelBlend podcast, telling the crew how the planned third film, to be called Halloween Ends, will actually evolve a time gap.

“This weekend, Kills will pick up mere moments after the previous movie ended, but if you’re expecting the already-greenlit Halloween Ends to also take place immediately after its predecessor, director David Gordon Green has revealed this won’t be the case. Instead, there will be a “bit of a time jump… they’re going to “take a beat” to recoup ahead of Halloween Ends, hence the time jump rather than continuing on in the same evening. “

For fans of the OG Halloween series, this is nothing new, with Halloween 4, 5 and 6 all taking place years apart. Michael Myers overwhelming need to kill keeps brining him back to his home town on Halloween. The series often comes up with various gimmicks to explain the time periods between the films. Whilst Halloween (1978) and Halloween II (1981) took place on the same night, Halloween 4: The Return of Michael Myers (1988) explained the ten year gap by having Myers comatose in hospital. It’s during a transfer to Smith’s Grove Sanitarium by ambulance, that Myers awakes and heads off to Haddonfield in time for Halloween. In Halloween 5: The Revenge of Michael Myers (1989), Myers once again falls into a coma and is nursed back to health by a hermit (Doctor Death), arising a year later. At the end of Revenge, Myers is taken by the mysterious man in black. Halloween: The Curse of Michael Myers (1995) shows that Michael has been imprisoned by, or under the control of, a strange cult, and is sent out to retrieve the young child taken from their care.

Whilst the new films promise to wrap up the 40 year battle between the Shape and Laurie Strode, producer Jason Blum has hinted that there could be more coming if Blum House Productions could secure the rights. If they do, the films will surely have to take a different path, fans will have to get used to larger time gaps between films, much like the OG timeline.

Reassuringly, Green’s has called Halloween Ends a “satisfying” conclusion to Laurie and Michael’s saga, and a time leap between the films is obviously a major part of that journey.

Halloween Kills hit’s cinemas 15th October 2021, So get carving those pumpkins and make sure to hit those cinema seats next week.

Will you be heading to the cinema to see it? Let us know in the comments below or on Facebook, Twitter, or Instagram! You can also carry on the convo with me personally on Twitter @Lallen_UK 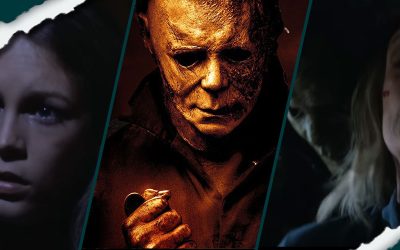 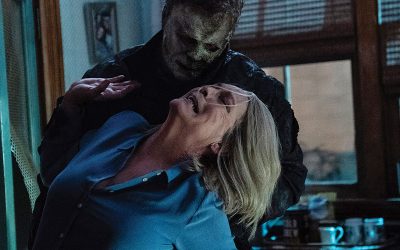