I first caught these films on VHS way back when i was a speck, and the quirky humor and dark atmosphere really left an impact on my young mind. House 2 is still a firm favorite of mine, with some great characters and awesome story line. I often wondered why this film was never turned into a saturday morning styled cartoon, like The Toxic Avenger. With its cute side kicks and endless story possibilities, t would have been a fun show.  Love them or hate, them the house films are staple of 80’s and 90’s horror this new presentation will make any horror fan happy.

Step inside, we’ve been expecting you! At long last, Arrow Video is proud to present the complete House saga, brought together on Blu-ray for the first time!

In the original House, William Katt (Carrie) stars as Roger Cobb, a horror novelist struggling to pen his next bestseller. When he inherits his great aunt’s creaky old mansion, Roger decides that he might just have found the ideal place in which to get some writing done. Unfortunately, the house’s vindictive supernatural residents have other ideas…

House II: The Second Story sees young Jesse (Arye Gross) moving into an old family mansion where his parents were mysteriously murdered years before. Plans for turning the place into a party pad are soon thwarted by the appearance of Jesse’s mummified Great Grandpa, his mystical crystal skull and the zombified cowboy who’ll stop at nothing to lay his hands on it!

In House 3 (released domestically as The Horror Show) Lance Henriksen (Aliens) stars as a detective who sends a sadistic serial killer to the electric chair, only to find himself stalked by the maniac from beyond the grave. Meanwhile, House IV: The Repossession has William Katt returning to the fold for one last terrifying tale mixing seedy mobsters, Native American spirits and a singing pizza in perhaps the barmiest House entry of all!

From the team that brought you Friday the 13th, the House films remain era-defining horror classics – now newly restored and loaded with brand new extras! 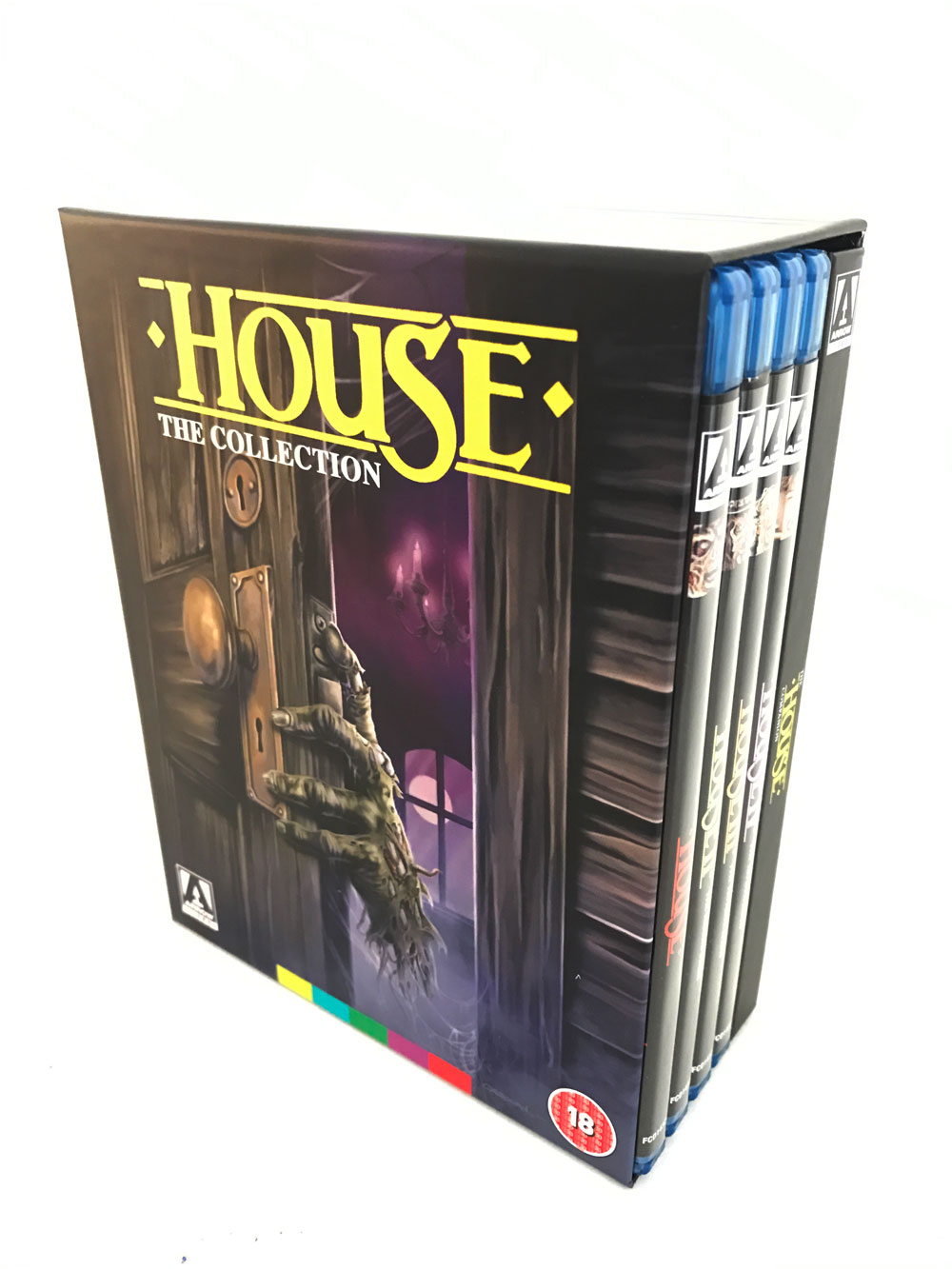 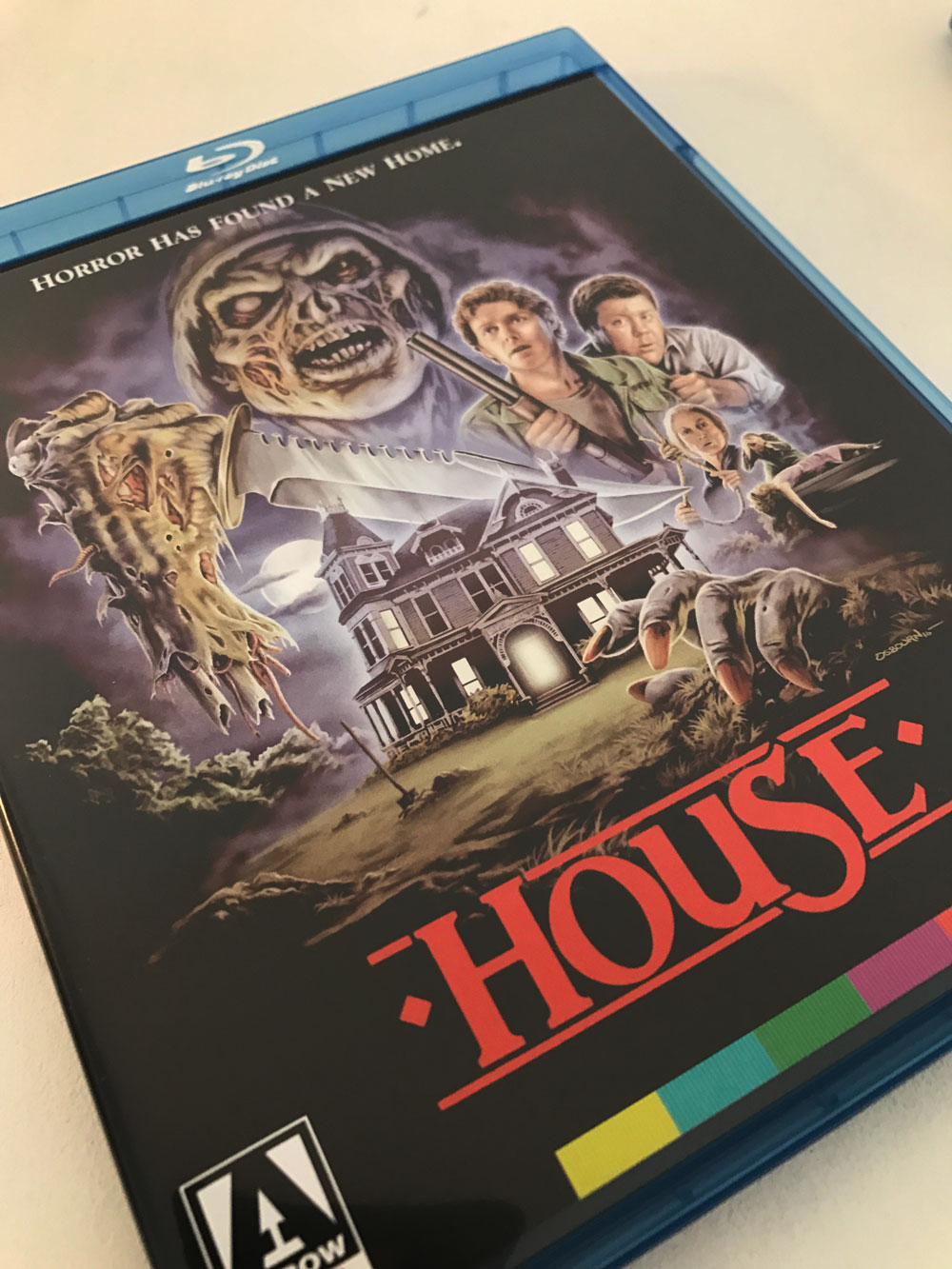 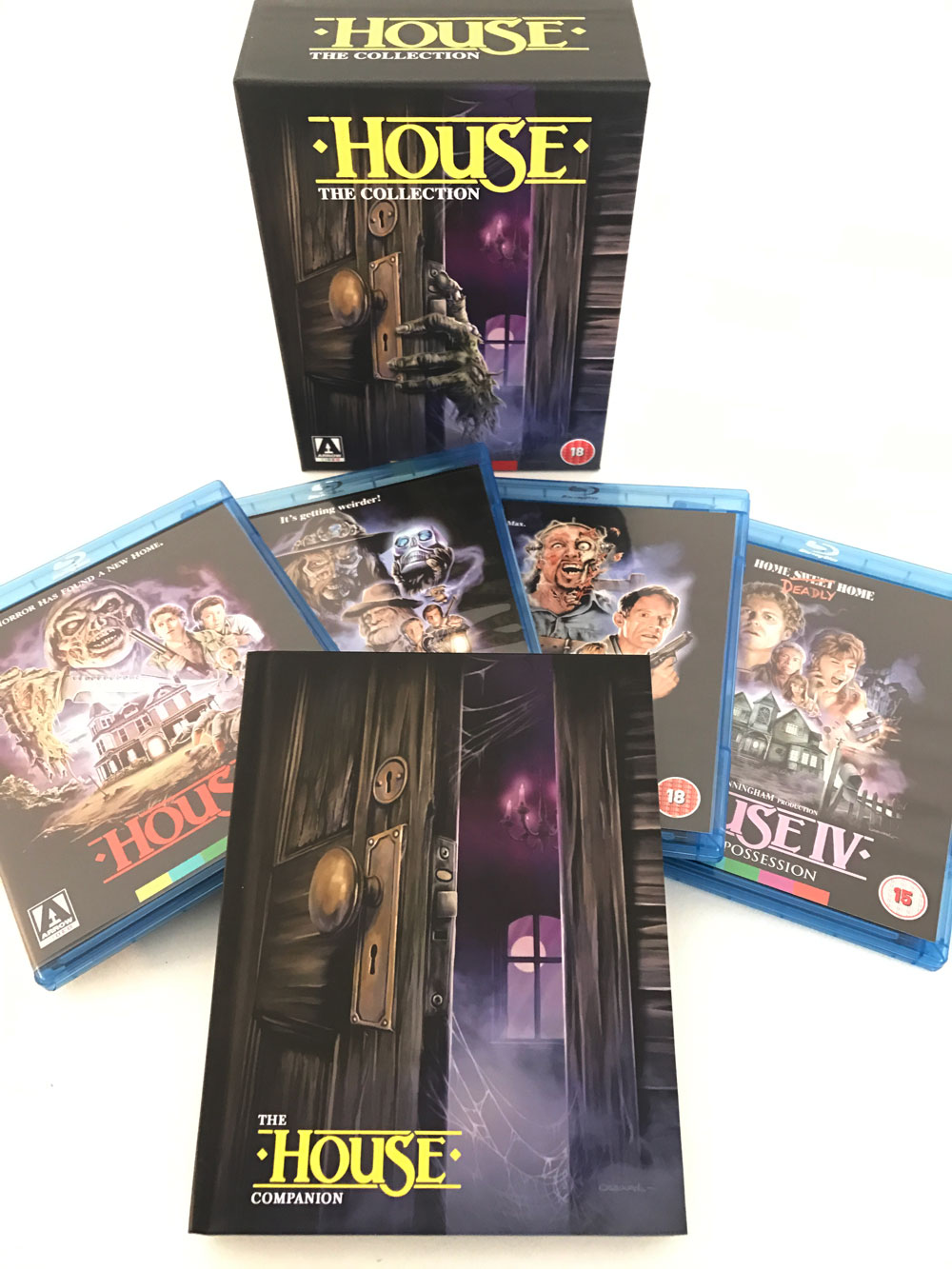 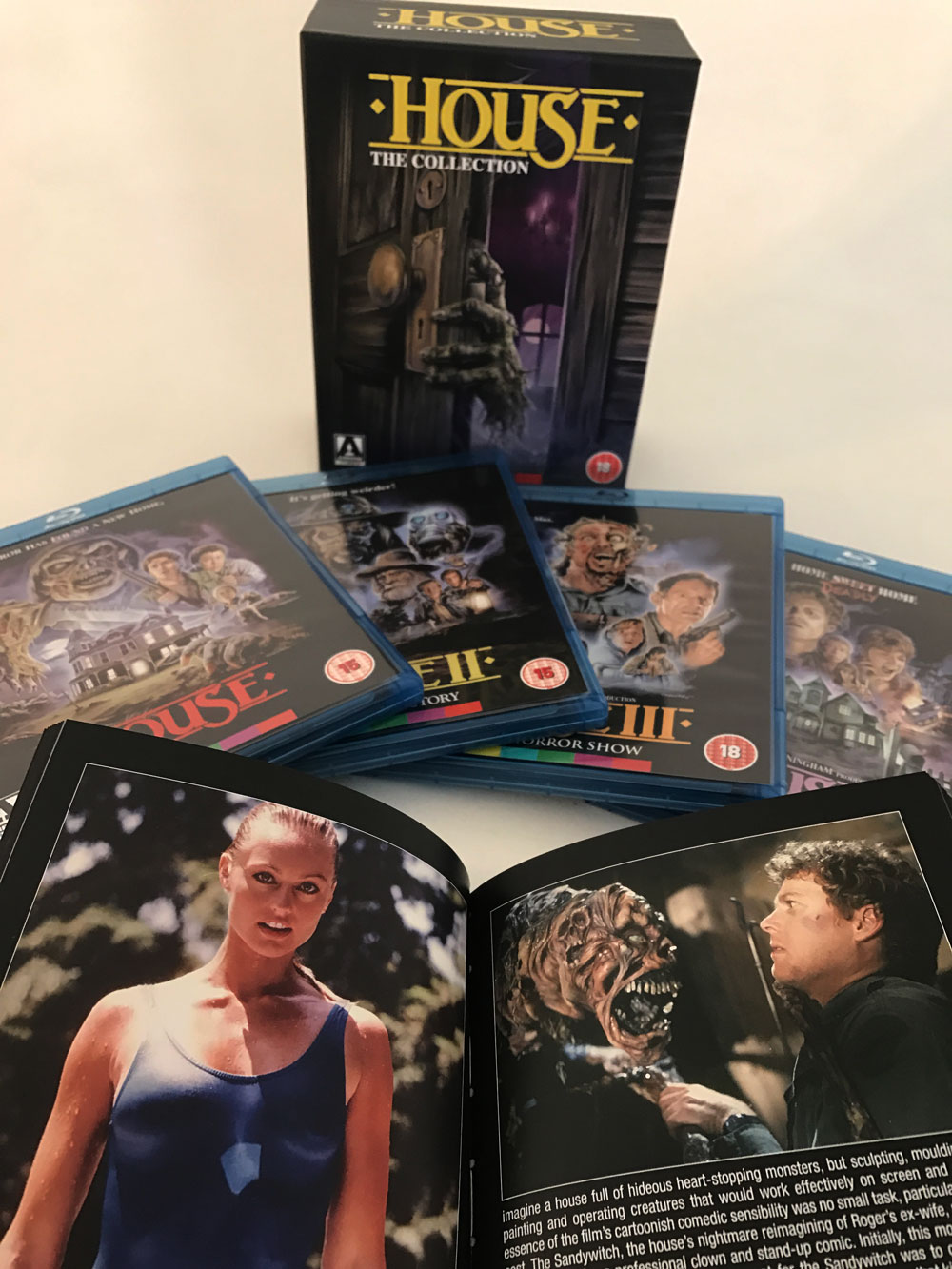