Just this week we learned that the fourth installment of the Insidious saga was being titled ‘Insidious: The Last Key’, and just as we were all pondering on what on earth that could all mean, Universal Pictures went and dropped a huge Trailer in our laps. Boom.. Trailer Time!

Insidious: The Last Key  is the second chronological spin-off film following 2015’s Insidious: Chapter 3, which sees popular character Elise Rainier (Lin Shaye) revived for a prequel. As the series first film (spoilers…….seriously have you not seen this yet?) did away with poor Elise in the closing moments, only to include some time travel trickery something, that allowed them to have a younger Elise pop up. And of course there was the ghost Elise that seemed happy to continue her ghost hunting, even as a spirit.

“In the supernatural thriller, which welcomes back franchise standout Lin Shaye as Dr. Elise Rainier, the brilliant parapsychologist faces her most fearsome and personal haunting yet: in her own family home.”

The next film will see Elise battling spirits in her own family home. The trailer is filled with chilling and dark imagery, enough to get me excited about this now. Check out the trailer and poster below and Insidious: The Last Key returns will be out  on January 5th 2018. 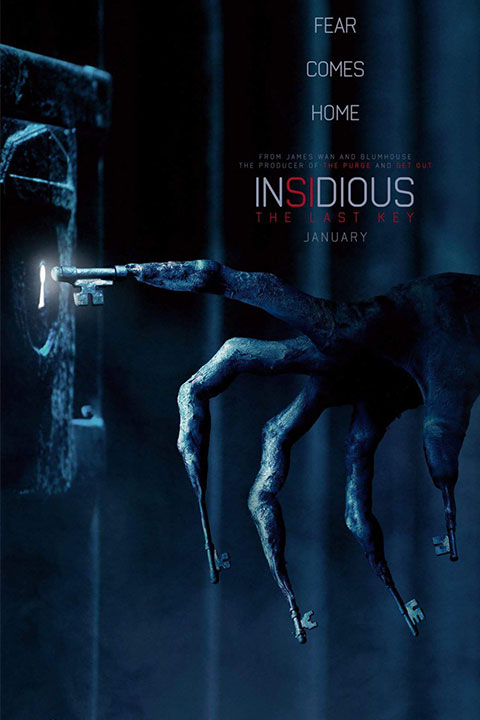