Happy Valentines Day Horror Fans! Some news from the otherside today. With love in the air and chocolate smeared over your grinning faces, some peoples kinky times together can go awfully wrong. No more so than in Kings 1992 novel Gerald’s Game, in which a woman accidentally kills her husband while she is handcuffed to a bed. Netflix are looking to launch their film adaption of the book some point this year, but news from King himself reveals that he has seen a rough cut over the weekend.

If you have not read the book, Gerald’s Game is a tricky one to adapt, as the entire story plays out with the main character handcuffed to a bed, and the many voices in her head tormenting her as she lies there. It’s a chilling story and one that deserves a good adaption, so I’m looking forward to see what director by Mike Flanagan (Hush, Ouija: Origin of Evil) has in store for us.

A woman accidentally kills her husband after being handcuffed to a bed, leaving her unable to free herself. As time passes and she realizes that rescue is an all but hopeless thought, she begins to slip into insanity, the voices in her head manifesting into visions

With Kings thumbs up, us mere mortals will have to wait for the release date, which has not yet been set. Soon though…very soon! 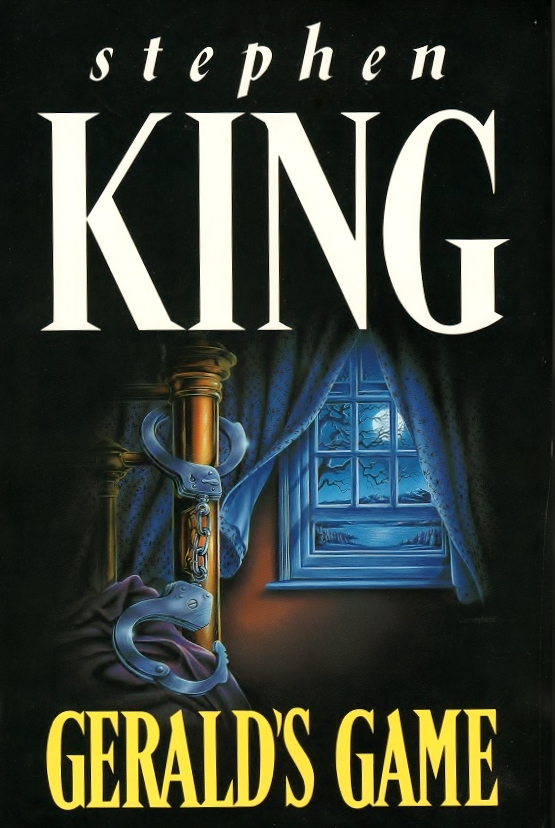