The Lair of the White Worm Limited Blu-Ray

I’m a huge Ken Russel fan, and one of my all time favorite films is the crazy British horror classic The Lair of the White Worm. which was made as part of a four-picture deal Russell and producer Dan Ireland had with Vestron Pictures.

The film is based loosely on the Bram Stoker novel of the same name and drawing upon the English legend of the Lambton Worm, an old legend from North East England in the UK. The legend revolves around John Lambton, an heir of the Lambton Estate, County Durham, and his battle with a giant worm (or Dragon?). The film follows the ancestor of “John d’Ampton” current Lord of the Manor, James d’Ampton (Played by the wonderful Hugh Grant), as he becomes to realize that the legend is true.

It’s a film filled with bizarre sexual imagery, filled with gore and a good dose of humor to match. It’s undoubtedly the work of the unruly cinematic anarchist Ken Russel who terrified and shocked audience through the 70s and 80s, and I believe it’s one of his best pieces of work.

Luckily for us, Lionsgate Films currently own the back catalogue of Vestron Pictures and are about to release a very limited edition of the The Lair of the White Worm on Blu-Ray, which you can pick up from their store, from January 31.

Our friends over at Bloody Disgusting got hold of this exclusive clip from the Blu-Ray, which shows Sammi Davis on Her ‘The Lair of the White Worm’ Role.

Hugh Grant, Amanda Donohoe, and Catherine Oxenberg star in this mix of heart-stopping horror and campy humor. James D’Ampton (Grant) returns to his country castle in England. Legend has it that James’s distant ancestor once slayed the local dragon — a monstrous white worm with a fondness for the sweet flesh of virgins. The young lord dismisses the legend as folklore, until archaeology student Angus Flint explores James’s property and unearths a massive reptilian skull and a pagan snake god’s ancient site of worship. When James’s virtuous girlfriend, Eve Trent (Oxenberg), suddenly disappears, James and Angus set out to investigate the foreboding cavern said to be the worm’s lair, where a centuries-old mystery begins to uncoil.

You can also read our review of The Lair of the White Worm right HERE. 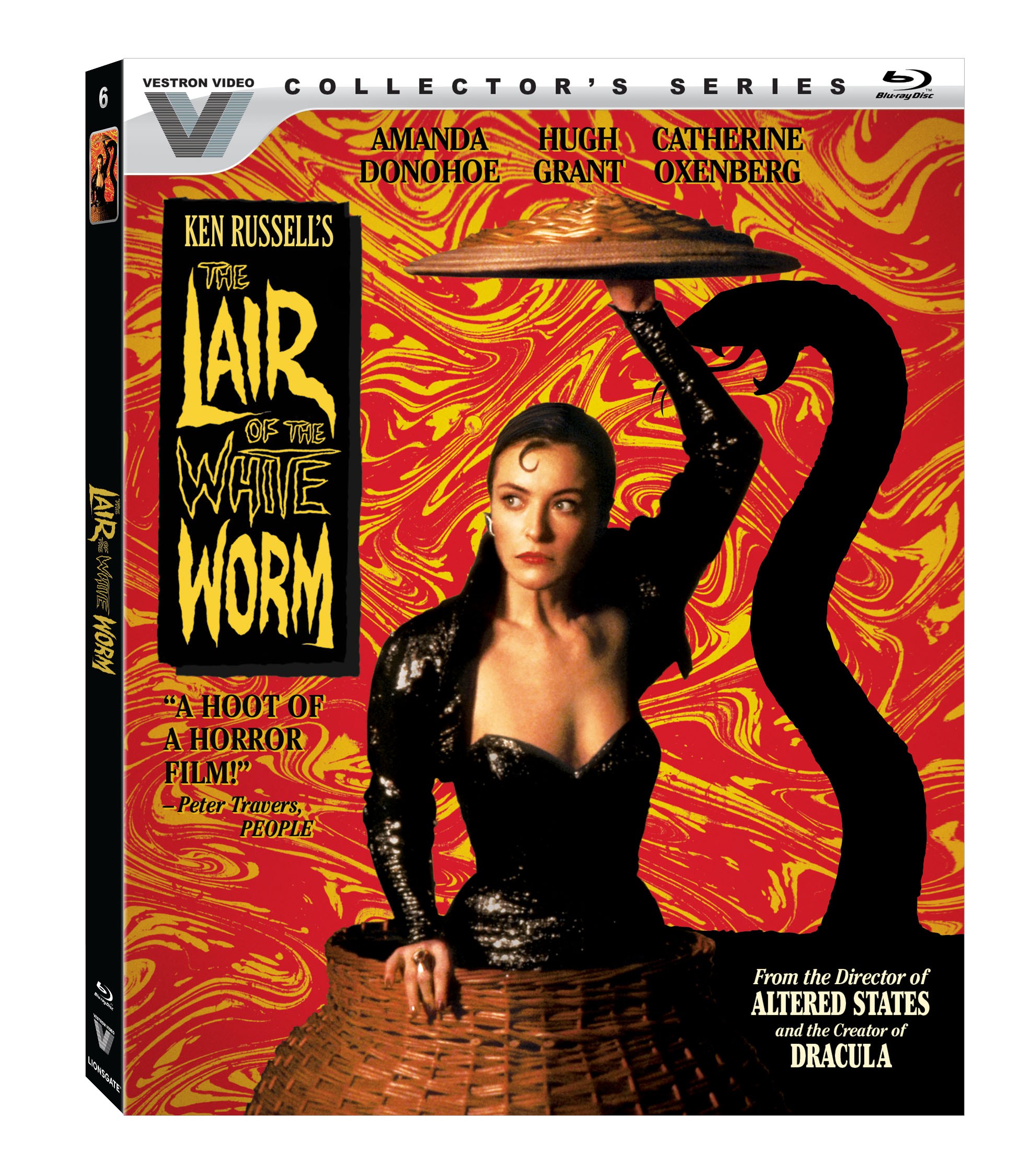