OK Horror Fans, it’s time to get excited about about James Cameron’s new Terminator film. The franchise director announced at a private event that Linda Hamilton would be returning in her iconic role as Sarah Conner.

“As meaningful as she was to gender and action stars everywhere back then, it’s going to make a huge statement to have that seasoned warrior that she’s become return.”

Hoping to once again make a statement about gender roles in films, Cameron added.

“There are 50-year-old, 60-year-old guys out there killing bad guys, but there isn’t an example of that for women.”

Hamilton first appeared in the original 1984 film, becoming a huge role model for strong female leads during the 80’s.

With Arnold Schwarzenegger set to return as well, the new film is shaping up to be the sequel we always wanted. Set to be directed by Tim Miller (Deadpool) the film will be returning to it’s true roots by having the involvement of Cameron, as well as the original cast. James Cameron is producing the Skydance and Paramount film. It will be based on a story by Cameron and writtern by David Goyer (The Dark Knight), Charles Eglee (Dark Angel) and Josh Friedman (The Sarah Connor Chronicles).

This is not the first film to be looking at reuniting its original cast. We almost had a proper sequel to another Cameron property, Aliens, as well the recent announcement that Jamie Lee Curtis is returning for a new Halloween. Top Stuff! 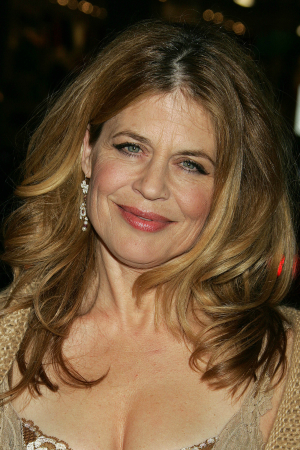