MGM are getting ready to introduce you to their new interpretation of the beloved Adams Family, with a big budget animated movie heading to cinemas in October 2019. The studio has just recently announced it’s full cast, that will see the likes of Oscar Isaac and Charlize Theron stepping in to voice the kooky family. With Isaac and Theron providing the voice of Gomez and Morticia, the rest of the family are being provide by a whole host of talents.  Nick Kroll, will voice Uncle Fester; Chloe Grace Moretz will voice Wednesday Addams; Stranger Things star Finn Wolfhard will voice Pugsley Addams; Bette Midler will voice Grandmama; and Allison Janney will voice the films villian Margaux Needler.

The new film will follow Addams family as they face-off against a crafty reality-TV host voiced as they preparing for their extended family to arrive for a major celebration.

This certainly will not be the first animated version of the classic Charles Addams’ comic book strip, as a cartoon series ran from 1992 to 93. The family have also been adapted into several live action TV shows, three feature films and even a very popular pin ball machine. Tim Burton tried his hands at resurrecting the family back in 2010, but it eventually fell through.

Sausage Party filmmaker Conrad Vernon and Greg Tiernan will direct the film that is sure to tap into the recent popularity of family friendly animated movies. In a statement Vernon said

“Greg and I have always been a fan of the Addams Family in past versions, so when we set out to make this movie, we were excited to do something new. With that in mind, I drew from the brilliantly original Charles Addams New Yorker cartoons for the look of the film and decided to tell the story of how Gomez and Morticia meet, find their house and start their family.”

They’re creepy and they’re kooky, and the new look Adams Family will be haunting cinemas in October 11th 2019. 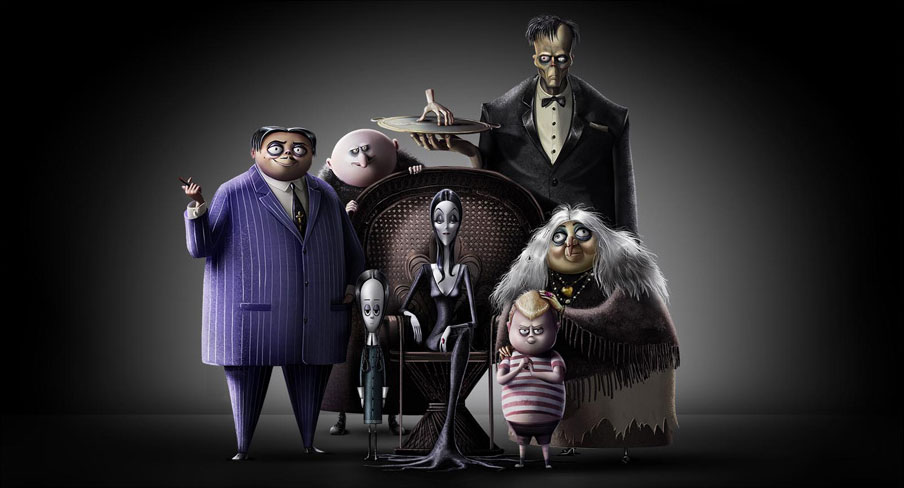