The Mist TV Trailer Rolls In

Stephen kings short story ‘The Mist’ received an amazing film adaptation back in 2007, directed by king aficionado Frank Darabont . However Spike TV think that there is more stories to tell. Spike TV’s much-hyped adaptation of King’s novella has rolled out a a full-scale promotional campaign, including a trailer and a poster. And the series is closer than you may think, with the premiere set for Thursday, June 22nd.

The story is set in a small Maine town where it is engulfed by a strange mist. The Original King story was set in a single location, concentrating on a group of people stuck inside a grocery store. Show creator Christian Torpe has expanded this story to include other characters and places.

“I wanted to be respectful to the source material, but my feeling was there was already a great adaptation out there by Frank Darabont. The novella is 200 pages and one location, and we needed to change that to make an ongoing series. But we wanted to remain faithful to the heart of the story,”

Whether or not the series will re-tell portions of Kings story, or just create new narratives is unclear, but we wont have long to find out. Check out the poster and trailer below and drop us message in the comment, telling us your thoughts on the new series. 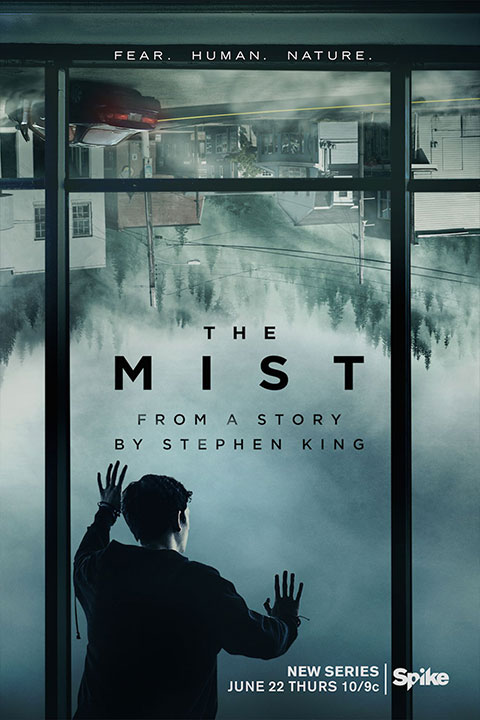