New ‘Day of the Dead: Bloodline’ Clip is Saved

Hèctor Hernández Vicens is about to release a zombie horde on the world with his “bold new reimagining” of the George Romero gorefest Day of the dead. This 2018 re-telling of a group of soldiers and scientist hold up in an underground bunker, arrives soon in theaters, VOD, and Digital HD on January 5th, 2018, and it’s star is sure to be the “Bub” replacement called Max.

“He’s a half-human, half-zombie hell-bent on destroying her world”

In a new clip released this week, we meet a pre-zombie Max attacking a fellow scientist, giving us an insight into his character. It looks like Max, played by Johnathon Schaech, is going to be a pretty nasty guy. However, we already know it’s not going to end well for him. The clip shows a large zombie saving the day as max assaults the films heroine.

“DAY OF THE DEAD: BLOODLINE is set in a postapocalyptic, zombie-filled world where a former med school student is tormented by a dark figure from her past. The only thing is, he’s a half-human, half-zombie hell-bent on destroying her world.”

Check out the new clip, courtesy of Rue Morgue below. 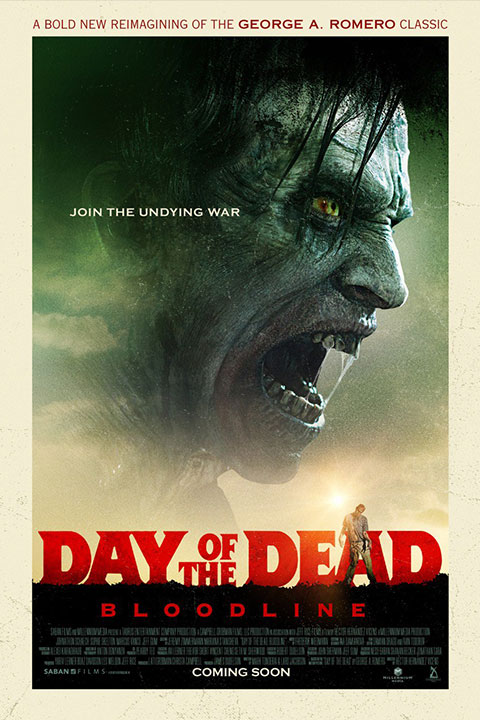