Get ready for more zombie action as Fear the Walking Dead season 4 is about to hit our screens on Sunday, April 15th. The season marks the departure of original showrunner Dave Erickson, and with fresh faces Andrew Chambliss and Ian Goldberg jumping into the big seat(s), things are sure to be very different. For one, the season will see our first proper cross-over between “Fear” and “the Walking Dead” with Morgan Jones (Lennie James) set to appear. It’s not clear on Morgan ‘s time line here, but followers or TWD know that he certainly wont be in any major danger.

The show promises lots of new faces in the new season, something desperately needed as the previous series struggled to gain any new or interesting people to follow. In fact, last season resurrected one character (really?) who we all hated anyhow, and only introduced a bad guy who has dubious motivations, and manages to get over major back surgery within minutes. So fresh writers are most welcome.

“In Season 4, we will see the world of Madison Clark and her family through new eyes — the eyes of Morgan Jones, joining the story from the world of “The Walking Dead.” The characters’ immediate past mixes with an uncertain present of struggle and discovery as they meet new friends, foes, and threats. They fight for each other, against each other, and against a legion of the dead to somehow build an existence against the crushing pressure of lives coming apart. There will be darkness and light; terror and grace; the heroic, mercenary, and craven – all crashing together towards a new reality.”

Be sure to check out the new images below via TV Guide , TV Insider and CinemaBlend. And we look forward to more Zombie TV Action, as The Walking Dead continues season 8 and Fear will be not be far behind. 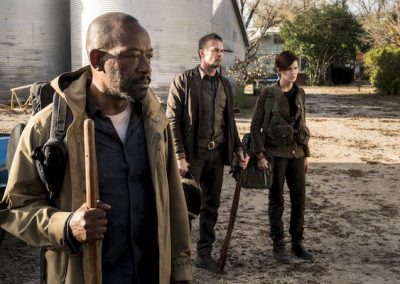 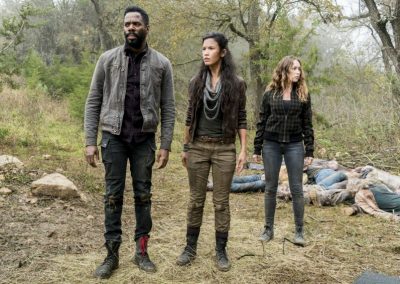 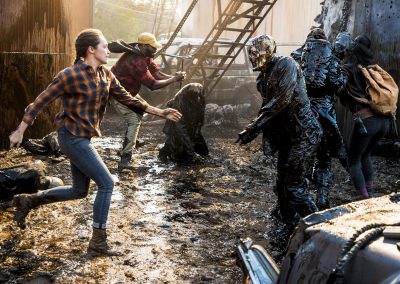 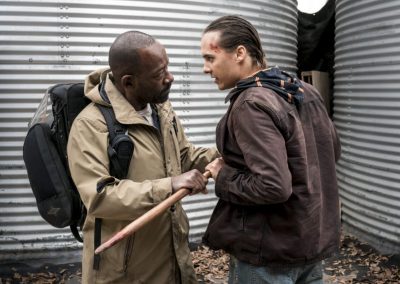 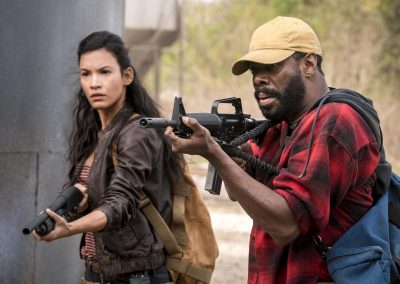 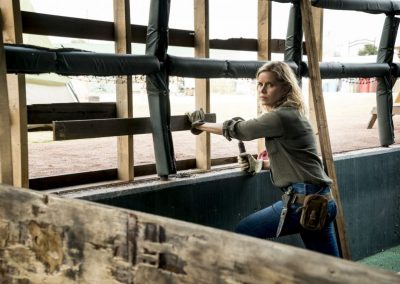 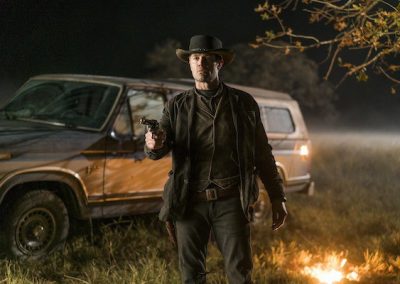