Originally set for release on December 18, 2019, Sony Studio went full ahead full, without a captain on board, for a live action Masters of the Universe film. But with the deadline looming and no film in the can, the film was quickly moved forward for a more realistic  date of March 5, 2021. Being directed by brothers Adam and Aaron Nee (Band of Robbers) the new film has already cast Noah Centineo (To All the Boys I’ve Loved Before) as our new He-Man.

However, it seems that a live action film is not the only return to Eternia we will be getting, as a new Masters of the Universe Animated Series has just been announced. Kevin Smith & Netflix are teaming up to bring us a continuation of the original Filmation TV series, that ran for two seasons between 1983 and 1985. Variety reported on the announcement at Sunday’s annual Power-Con convention, where the new show was given a title and poster. Masters of the Universe: Revelation,” will take place in the Mattel toy inspired world and will focus on some of the unresolved storylines of the classic ‘80s show. Smith will serve as showrunner and executive producer. He said

“I’m Eternia-ly grateful to Mattel TV and Netflix for entrusting me with not only the secrets of Grayskull, but also their entire Universe… “In ‘Revelation,’ we pick up right where the classic era left off to tell an epic tale of what may be the final battle between He-Man and Skeletor! Brought to life with the most metal character designs Powerhouse Animation can contain in the frame, this is the Masters of the Universe story you always wanted to see as a kid!”

We’ll be raising our swords again soon when the show hits Netflix, probably next year. 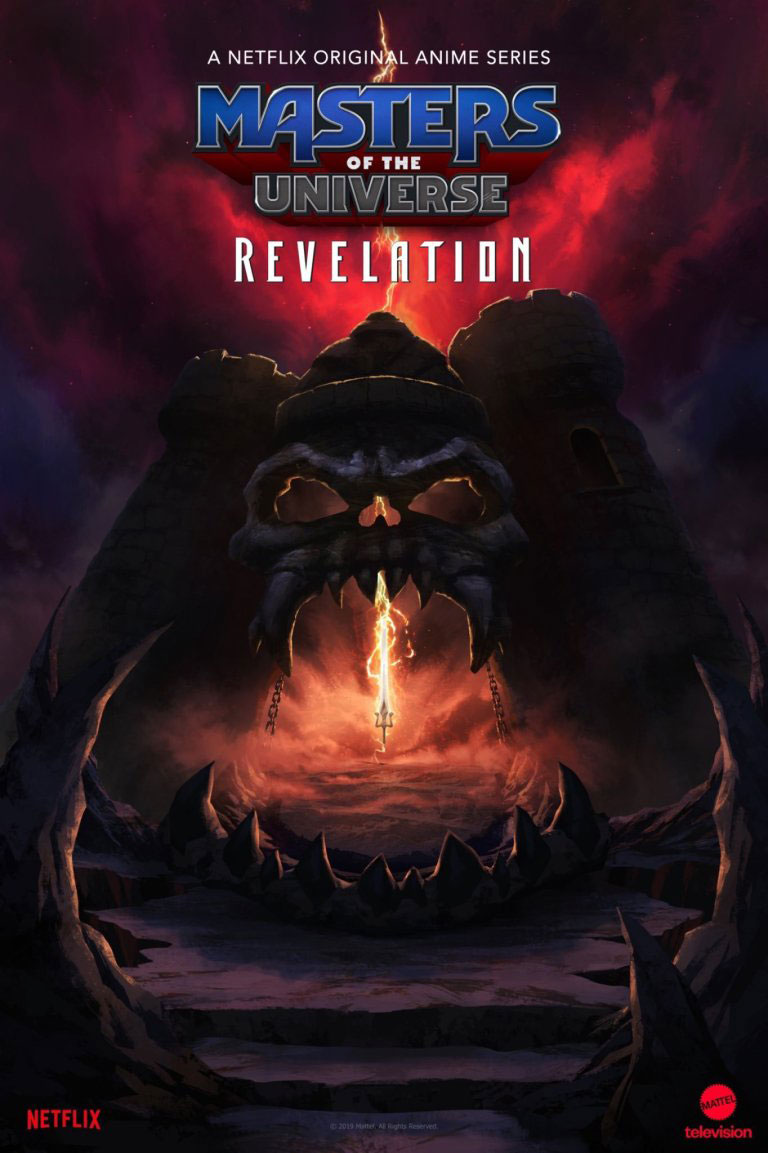