Rings Poster Wants You to Watch!

Paramount Pictures has released a new poster to promote their latest part of The Ring franchise, aptly named Rings. You see the new film promises a twist. A film within a film, hence Rings (get it?).

Rings, the third american film adapted from the Japanese horror series, will see the return of Samara, who is still haunting anyone crazy enough to still own a VHS player! Lets hope this film sees the tape transferred over to DVD, just so the franchise can catch up a little with modern tech.

A young woman becomes worried about her boyfriend when he explores a dark subculture surrounding a mysterious videotape said to kill the watcher seven days after he has viewed it. She sacrifices herself to save her boyfriend and in doing so makes a horrifying discovery: there is a “movie within the movie” that no one has ever seen before. 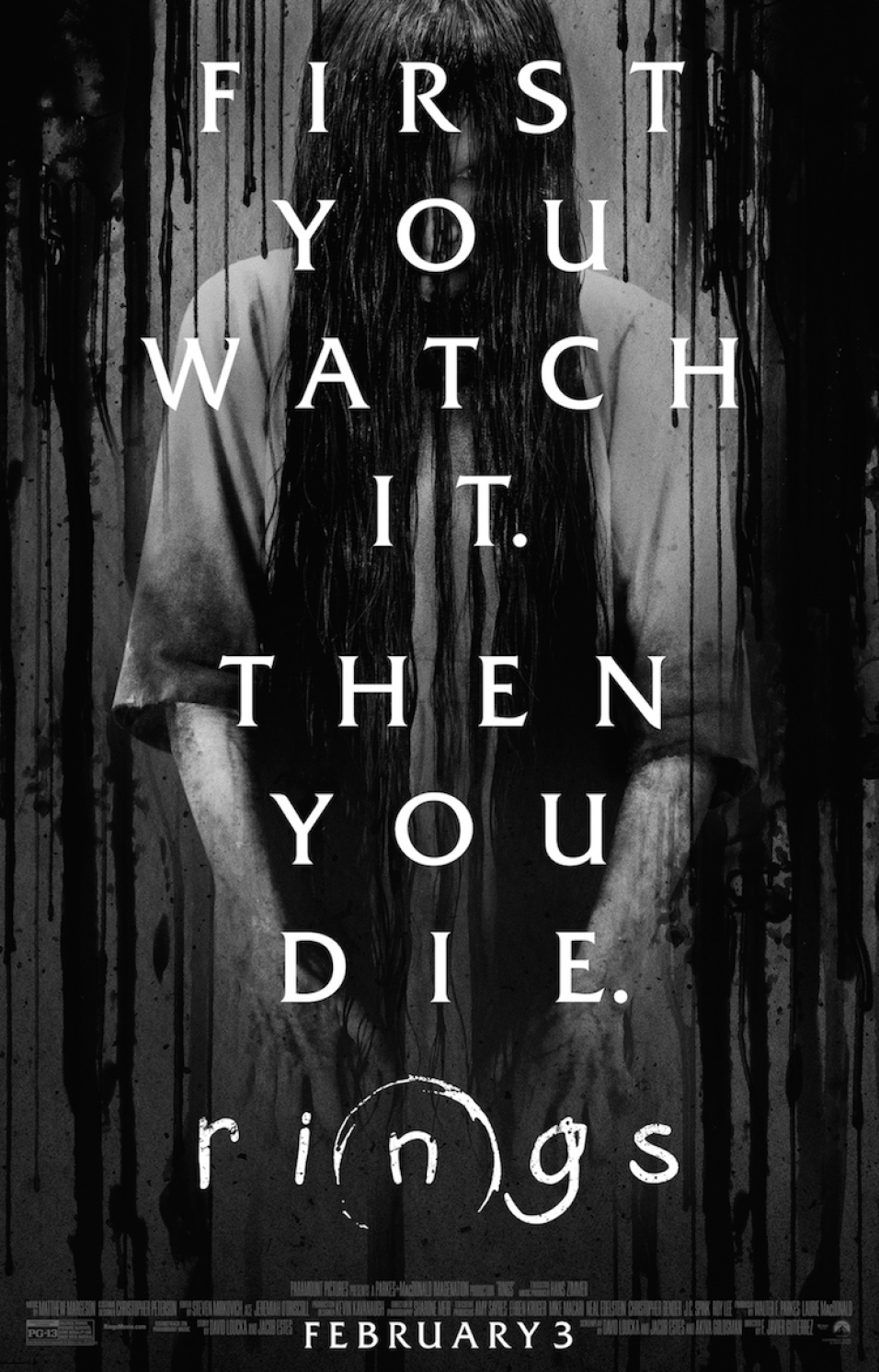