Whilst the gimmick of having Arnold Schwarzenegger in every Terminator movie is wearing thin, there is one character returning to the series that is worth getting excited for. Yep, actress Linda Hamilton is finally being brought back into the fold, after her character, Sarah Connor,  was killed off (Terminator 3), replaced (by Lena Headey in Terminator: The Sarah Connor Chronicles) and rebooted (Emilia Clarke in Terminator Genisys) throughout the franchises many outings.

And it seems that even Producers James Cameron and David Ellison understand Schwarzenegger waning popularity and the fans excitement of Hamilton’s return, as the first look at the new film concentrates on our the true hero of both Terminator 1 & 2,  Sarah Connor. With a bad ass new look, and flanked by fellow stars Natalia Reyes and Mackenzie Davis, the trio look ready to kick ass and take names. 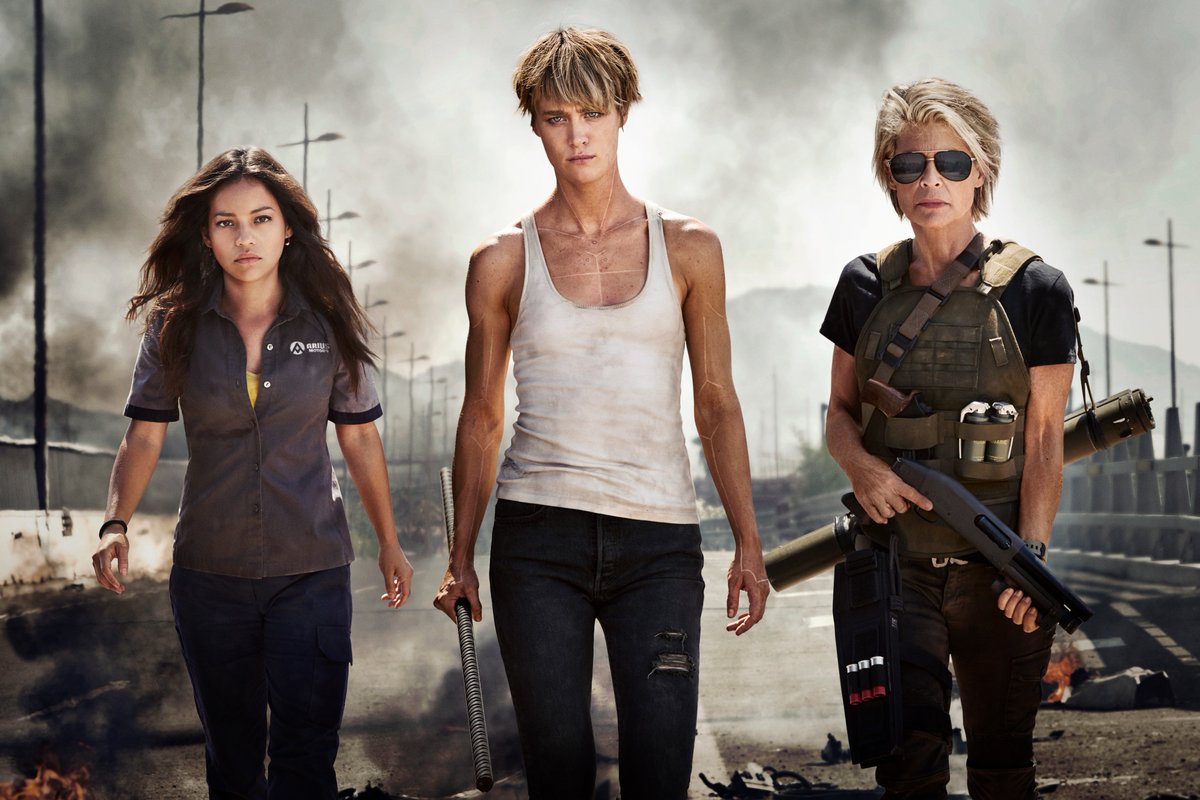 With James Cameron back within the series, albeit as a Producer, the film is really shaping up to be something very special indeed. Alongside Hamilton, Arnold Schwarzenegger is also set to return as the title character, but we are unsure in which capacity, as the 71 year old is no longer a spring chicken.

No words on what has happened to John Conner, but lets all keep our fingers cross for a surprise return from Edward Furlong, whose drug problems have kept him at arms length form the franchise for many years. The great news is that he is still acting, off the drugs and would hopefully stop the never ending revolving door of actors that have starred as the humanities last hope. I think i blinked and missed it, but i’m pretty sure Christian Bale is on that list somewhere? ( Good foorrr Yoooouu!)

The new “Terminator” is the sixth instalment in the franchise and is due for release November 22nd, 2019, as it was pushed back from it’s original July 26th date. Tim Miller is directing the still untitled reboot, with the film following on from Terminator 2 and forgetting about all the other films in the series. Keep an eye out for more news soon!