Slithering on (so sorry..) to Blu-ray this summer is Scream Factory’s collector’s edition of James Guns alien invasion flick Slither. Not to be confused with the Sharon Stone / William Baldwin film of the similar name (that’ll make you sick for different reasons), Gunn’s ‘quaint little town under siege’ film is a monster movie behemoth , with some of the biggest creature effects we have ever seen. I’m so glad that’s getting a release it deserves, it’s just a shame it’s not a 4k release.

Prepare yourself for this terrifying, twisted and chilling film that critics are calling “the most entertaining horror movie in years” (Joe Williams, St. Louis Post-Dispatch).

From the co-writer and director of Guardians Of The Galaxy and Guardians Of The Galaxy Vol. 2, comes the deliciously demented story of an unnamed evil wreaking havoc on a small town. Intent on devouring all life on Earth, this dark and slimy entity is infecting anyone in its path. Now it’s up to the local sheriff, Bill Pardy (Nathan Fillion, Firefly, Serenity), and his team to stop the spread of rampant devastation – and shocking mutilation – before it’s too late. This outrageously funny horror film also stars Michael Rooker (Guardians Of The Galaxy, The Walking Dead), Elizabeth Banks (The Hunger Games, Pitch Perfect) and Gregg Henry (Body Double, Jason Bourne). 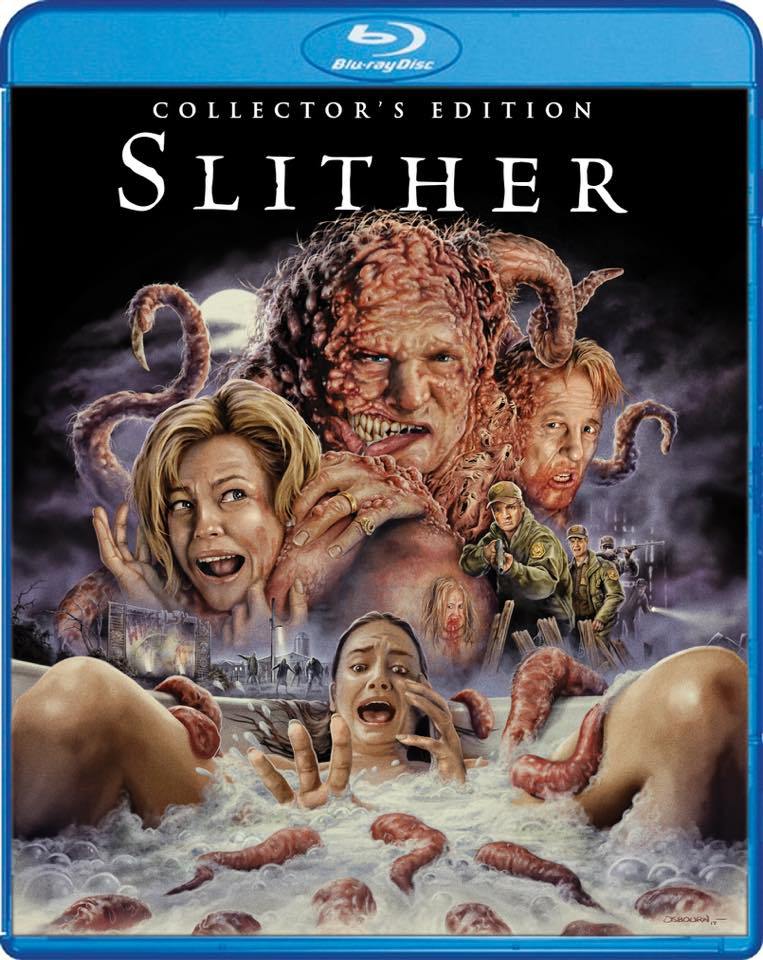