‘Spiral: From The Book of Saw’ has a New Poster!

The Saw films have a new movie coming out, with Spiral hitting cinemas this May and a new poster just dropped online. Comedian Chris Rock has breathed some life into the defunct series with his take on Jigsaw, and he takes front and center of the new artwork.

The franchise revolves around the fictional character John Kramer, also called Jigsaw by the police and press, who traps victims in situations that test their will to live. These twisted games usually revolve around the victims having to mutilate their own bodies in order free themselves. Whilst this new film is being sold as a “spin off”. The official synopsis hints at the series connections reading…

Working in the shadow of an esteemed police veteran (Samuel L. Jackson), brash Detective Ezekiel “Zeke” Banks (Chris Rock) and his rookie partner Detective William Schenk (Max Minghella) take charge of a grisly investigation into murders that are eerily reminiscent of the city’s gruesome past. Unwittingly trapped in a deepening mystery, Zeke finds himself at the center of the killer’s morbid game.”

The connections and the roll of Jigsaw are still unclear, but I’m sure things will start to make sense once the film hits cinemas. Enjoy the poster and trailer below! 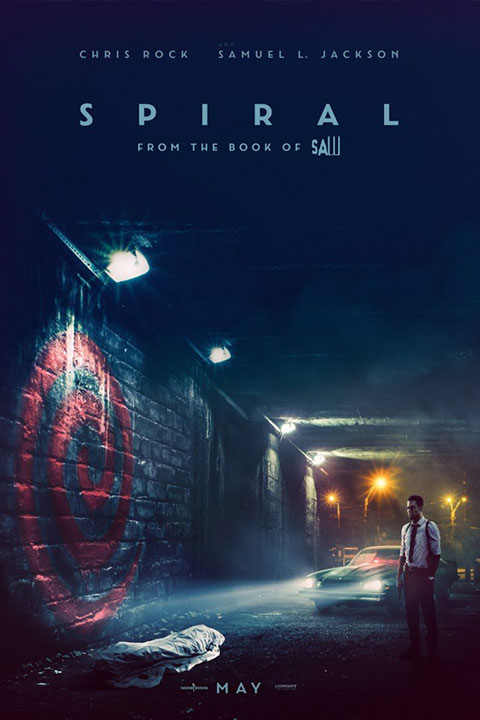