It’s been news now for quite some time that James Cameron was making a 3D version of 1991 mega-hit, cyborg sci fi flick,  Terminator 2,and that they aimed for a 2016 release. But now it’s on as the official facebook page release a date and poster for the films cinema re-release. Missing the 25th anniversary of Terminator 2 this year (2016), the film is now hitting screens at some point in 2017. 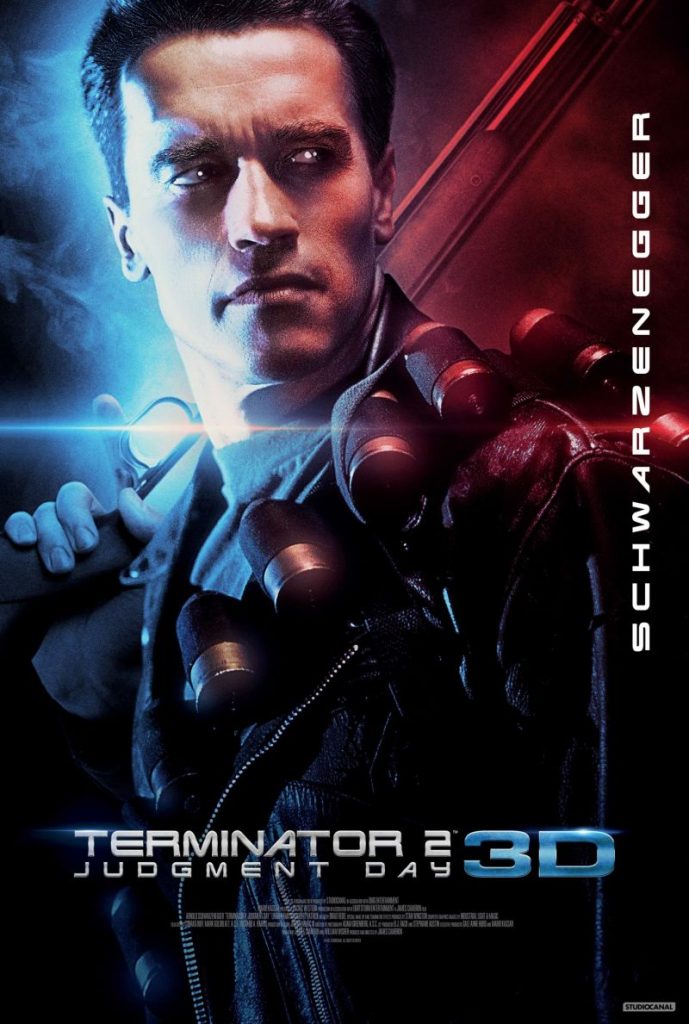 Cameron has been working with a company called StereoD to create the conversion, and also released 3D version of Titanic a few years back, which had a lukewarm reception. However Terminator is such a big franchise, it should put plenty more bums on seats.

It’s going to be amazing to get to see Terminator 2 on the big screen. I’d pay to see it without 3D!