The Annabelle Creation Trailer is Haunting

New Line Cinema and Warner Bros. Pictures have released the new Annabelle: Creation trailer!
The first film, simply named ‘Annabelle’ was a spin off movie from the Conjuring film and was released with a whooping $250 million profit. No wonder New Line Cinema and Warner Bros. commissioned another film. This movie, a prequel to the 2014 original promises to give sus the origins of the cursed doll.

Annabelle 2 tells the tale of a dollmaker and his wife who, several years after the tragic death of their little girl, welcome a nun and several girls from a shuttered orphanage into their home. Very soon, however, they become the target of the dollmaker’s possessed creation, Annabelle.

Check out the killer poster and trailer below. 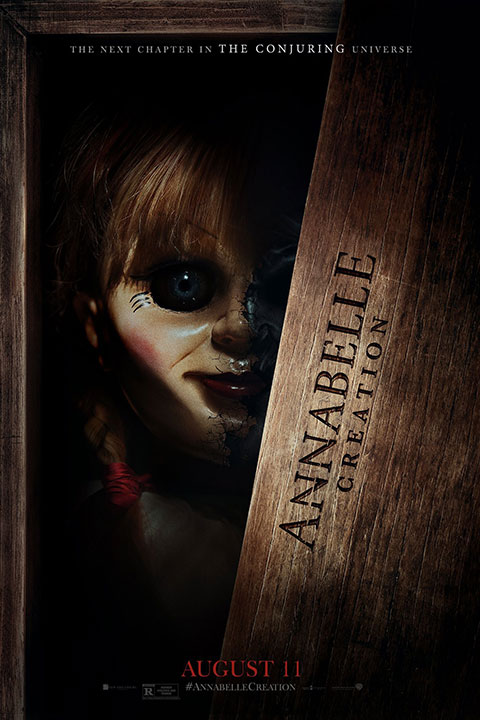