The Exorcist Reboot is Coming in 2021

Well it seems like Morgan Creek have had a change of heart about one of it’s film properties as a recent Deadline article inadvertently spilled the beans about plans for an Exorcist Reboot. The article in question was about a Amazon’s Dead Ringers series, but buried at the end was this quote.

Current Morgan Creek projects include Stay Tuned at AMC, with a planned theatrical reboot of The Exorcist in the works for 2021

For those not familiar with The Exorcist, it’s a popular film franchise which started life as a book by American writer William Peter Blatty. The novel and first film both follow the same story, about a young girl who becomes possessed by the Devil, and the exorcism that tries to free her. The highly successful  1973 film is still viewed as being one of the most scariest ever made. The franchise span into five films, a theatrical play (based on the book) and a TV series. So whats the big deal about a remake?

Despite the film being close to many Horror Fan’s hearts, rights holders Morgan Creek made it pretty clear in 2015, that they were not going to be remaking The Exorcist. This came as rumors started to circulate about the company making plans for a reboot. They took to twitter to say…

For the record, we will never attempt to remake THE EXORCIST

Well, if the Deadline article is correct, it seems that NEVER may come sooner than we thought.

The Exorcist is, quite frankly, the most iconic horror films ever made, so I guess it was only a matter of time before a remake happened. Even with it’s owners word that it would not go down that route. 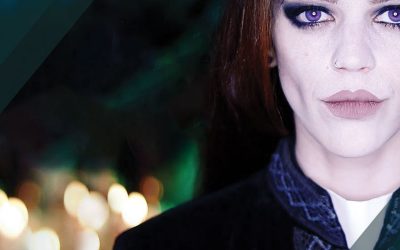 The Exorcist – The True Story Behind the Hollywood Movie

The Exorcist may very well be one of the best horror film ever made, but it's tone and atmosphere are all derive from the screen play developed by William Peter Blatty, which was based on a novel Blatty wrote by the same name. The novel was inspired by a 1949 case of...