Hey Horror Fans, If you’re in Northern England on May 27th, book this date for a weekend of horror with The Triple Six Horror Film Festival 2017. This brand new festival aims to bring the chills to the North with films, guests and plenty of shocks. The brainchild of Andy Deen ( UK Horror Scene) and Chris Barnes (The Slaughtered Bird) Triple Six celebrates independent horror filmmaking.

With 9 films and 12 shorts screening at the AMC cinema in the Great Northern Warehouse in Deansgate , Manchester, Triple Six looks set to be an awesome event.

The show will kick off with the European Premiere of Quarries, Nils Taylor’s wilderness stalker thriller and is followed by films such as The Forest of Lost Souls, The Unkindness of Ravens and the UK premier of The Chair. Check out the full roster below.

Richard Stanley will be the special guest for the entire weekend and tickets are available now.  More info and ticket links are on http://triplesixfest.com/film-line-up/ and the direct ticket link is here – http://bit.ly/2o1mswb

“ We are so thrilled that we can finally announce the full line-up for Triple Six. As genre fans myself and Chris have spent the last 9 months organising Triple Six and now can’t wait to get until the weekend of May 27th & 28th to sit with real horror fans and watch a weekend of stunning and diverse independent horror cinema”. “The highlight will of course be the 35mm screening of the seminal horror sci-fi classic Hardware (1990) and the live Q&A with Richard Stanley , but in reality there will be many highlights throughout the weekend as we have such sights to show you”

“ The reasons behind starting Triple Six were our love for horror (both Andy and I run UK horror websites) but also we wanted to shine a blood red spotlight on the amazing talent in genre filmmaking. I mean when you look at the range of feature and short films we are showing you can see just what passion, vision and skill everyone involved in these films have”. “ Also we are grateful to AMC Manchester as they have fully supported a new horror festival and have made us feel part of the family. Their knowledge and professionalism ensures we will have a smooth and stunning weekend of big screen horror – and I mean BIG SCREEN!!” 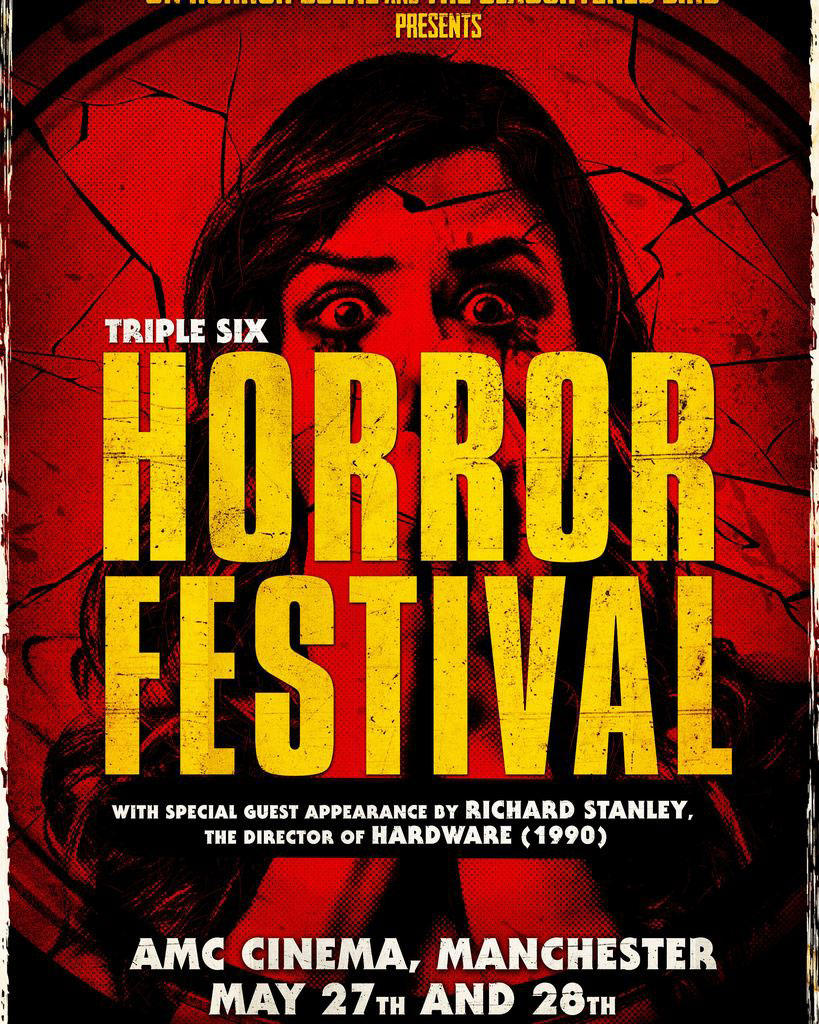