Awhile back, we talked about how the rights to Fright Night are close to reverting back to original creator and director Tom Holland. Well it seems that Tom’s plans are already in action, as he reveals that he is writing a sequel NOVEL, based on his characters from the film.

“I’m still writing the book and loving every minute”

Part of the US Congress’ Copyright Act of 1976 lists licensing rights for artists, granting writers the ability to reclaim previously licensed works after a period of 35 years. This mean that Holland could nab back the vampire series in 2019. However, before this happens, Holland announced that he is actually writing a book, and we guess the possibility of turning that into a film next year.

Listings on Amazon say that Holland’s Fright Night: Resurrection will be out 20 Feb. But hold on to your horses…. Holland says nope, the listing is fake. Taking to twitter Holland had this to say.

Wanted to remind people. The Amazon page offering Fright Night 3 the novel is a complete farce. I’ve been getting many messages lately because according to the page the release is coming up. Sorry all but that page is NOT me. I’m still writing the book and loving every minute

So basically “have a little faith” and wait for the real Tom Holland to return to Fright Night at some point soon. Oh and if you pre-ordered this book online…you may want to cancel it. 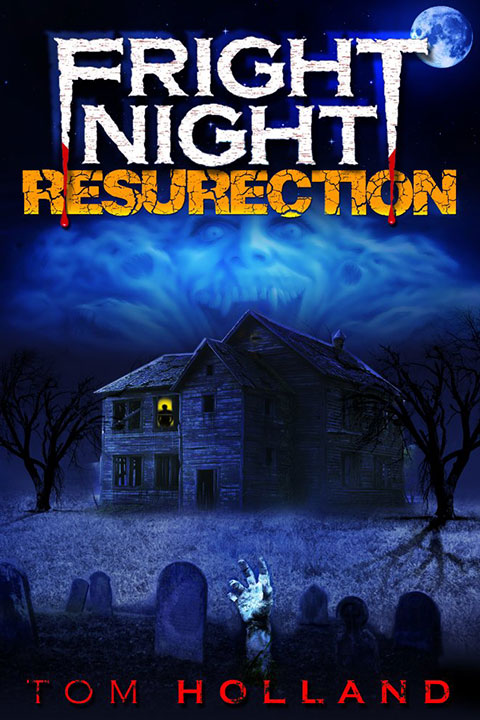