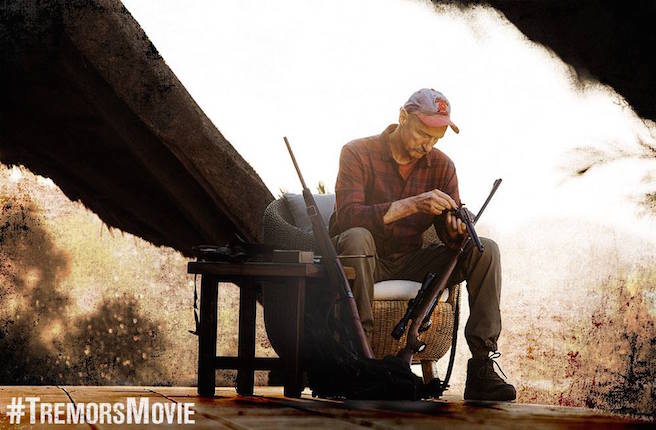 Universal Pictures have released an early clip for the latest film in the Tremors series. Tremors 5 see Burt Gummer, (Michael Gross), returns to battle Graboids and Ass Blasters in sunny South Africa. Along for the ride is a tech-savvy newcomer named Travis Welker, played by Scream star Jamie Kennedy. The direct to video sequel is due to be released in October, so this clip is an early gift to fans ahead of a trailer, hinting at a BIGGER problem than expected.