A Tribute To Actor Miguel Ferrer

Miguel Ferrer, a versatile actor who always made his roles memorable, no matter the part has sadly passed away.

Many of you will remember him best for his roles in TV, including parts in Magnum P.I., T.J. Hooker, Miami Vice, Desperate Housewives and most recently, NCIS: Los Angeles. But perhaps he was best know for playing the angry yet likeable pathologist Albert Rosenfield in Twin Peaks, a role in which he returned too when he filmed Twin Peaks series three last year.

I’d like to share with you one of my favourite Alberts moments from twin Peaks, from the 3rd episode of season 2.

As well as TV, Miguel had an amazing career in film, most notably in Robocop as ambitious OCP executive Bob Morton and his amazing turn in Hot Shots! Part Deux.

Thanks @GuyIncognito777 for reminding me of one of the great line readings of our time from the late Miguel Ferrer: https://t.co/ja7GGTwwsj

He also had roles in three Stephen King adaptions, including The Stand and a brief audio only role in The TV adaption of the Stand, but I think his lead role as reporter Richard Dees in the Night Flier will stand testament to Miguel Ferrer amazing range as an actor. 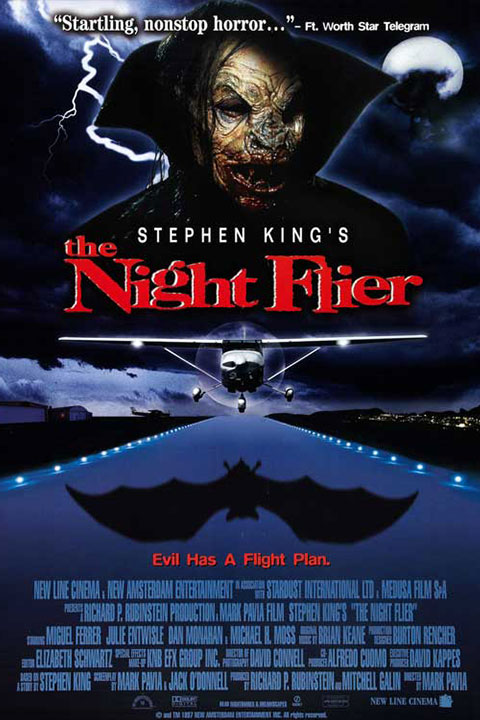 He also did a lot of voice over work including Adventure Time, Young Justice and he had just been announced as part of the cast for animated DC flick Teen Titans: The Judas Contract.

He’s survived by his wife, Lori, sons Lukas and Rafi and several brothers and sisters. Friends and family joined together to send tribute to a great man, including his cousin George Clooney, who made a statement via variety.

“Today history will mark giant changes in our world, and lost to most will be that on the same day Miguel Ferrer lost his battle to throat cancer. But not lost to his family,” Clooney said. “Miguel made the world brighter and funnier and his passing is felt so deeply in our family that events of the day, (monumental events), pale in comparison. We love you Miguel. We always will.”

RIP Miguel Ferrer, my first ever onscreen boyfriend. And thank you, @alfranken for giving me the opportunity to work with him. #Lateline 💜

Such a sad day. My heart goes out to his family and our friends at NCIS LA.
A wonderful man.

Miguel Ferrer was brilliant, tough, funny as hell. Terrific guy, by every measure.

2) We go back to 1974. Broke in on the same show. Great talent, better man. Working & writing for him a highlight in every part of my life.

RIP the great Miguel Ferrer. Memorable in many roles like TWIN PEAKS & just brilliant as Bob Morton in ROBOCOP. ‘I fucking love that guy!’. pic.twitter.com/CKAXNKG3V4

This is devastating! Miggy was one of the sweetest guys I have ever had the pleasure to work with! R.I.P. Miguel Ferrer https://t.co/NpoPVQh2Hr

In between takes of intense gravity,he’d make all of us on set laugh till we cried..had respect 4 ALL..& THE STORIES- #MiguelFerrer #RIP https://t.co/9WcWAs1FMl

Love you my brother. I’m glad you smiled and stayed strong until the finish. Sleep well in the arms of the almighty. 💪🏾
Love Todd pic.twitter.com/WG6nwwPuMh

Miguel Ferrer my long time friend !I’m crying in your passing You gave us such heart both on and off screen Rest my loving friend Rest SSWA

So sad to hear of the passing of Miguel Ferrer. Kind man and great actor. RIP

#MiguelFerrer could make me cry of laughter w a story then chew me out in a scene a beat later. The best. He made everyday on set a joy #RIP

We lost a good one today. Miguel, I was proud to call you my friend, I will miss you.

Miguel Ferrer was an amazing guy with a great career, he might no longer be with us, but he has left a legacy of films and TV that will stand the test of time. In just a few months we will see him reprise his best role as Albert Rosenfield in Twin Peaks, which i believe is the most fitting end, leaving us with his best and most loved character still fresh in our minds. Miguel, you’ll be sorely missed.. we fucking love this guy!