Third-Rate Horror Villains that are Worth a Second Look

Third-Rate Horror Villains that are Worth a Second Look

Not every horror villain is cut from the same cloth. Whilst Norman bates, Hannibal Lecter and the handful of odd people behind the Scream mask, all went on to have successful film franchises, they left a whole host of wannabee slashers in their wake. However, that does not mean that these third-rate killers films were bad, it’s just that there were better options for cinema goers. With that in mind, today we are looking back a handful of slasher films that were actually pretty good, but never really got the love they deserved. Here are Third-Rate Horror Villains that are Worth a Second Look.

Taking a different approach to the slasher genre, Cabin by the Lake introduces us to Stanley Caldwell, a script writer with a dark secret. Stanley’s obsession for realism drives him to murder, as he pens a macabre tale of a serial killer that is cultivating a garden of dead women, at the bottom of a lake. Stanley’s dark determination and brutal actions make him a very interesting killer indeed.
Whilst the films humour helps to break up the sillier elements of this Judd Nelson (Stanley) led slasher, the film manages to be disturbingly dark and tense. Cabin by the Lake is defiantly worth a watch if you’ve never seen it before, if only for the hauntingly beautiful underwater sequences that reveal Stanley’s “garden”, serenely rotting away into the lake.
A sequel called Return to Cabin by the Lake, which heavily rips of the plot of Scream 3, is equally watchable, but a lot goofier than the original.

No one really enjoys a visit to the dentist, so the thoughts of a madman hacking at your mouth should be enough to bring tears to your eyes. Dr. Alan Feinstone is one such dentists, who finds the pressures of his rich and successful life, suddenly becoming too much to handle. The discovery of his wife’s infidelity, pushes him over the edge, starting a chaotic rampage through Beverly Hills.
The Dentist is best known for its shocking gore factor, which sits as centrepiece to a slowly paced plot. But Corbin Bernsen’s angry and demented performance as Feinstone elevates the film above it’s slow burning premise and over the top effects, making this a truly fun little yarn indeed.

Revenge slashers were ten a penny in 80’s , and it’s easy to see how Slaughter High slipped through those cracks into obscurity. The film follows Marty Rantzen revenge of his former alumni that had bullied and tortured him. One of the films major highlights is its impressive gore and tongue in cheek violence. Marty, dressed as a Jester, melts, impales and electrocutes his way through to the films conclusion which twist and turns into a truly terrifying ending.

You can really feel how hard Valentine’s director, Jamie Blanks, tried to replicate the success of films such as Scream and I know what you did last summer. However, the films generic characters and slow story-line fell rather flat.
Antagonist Jeremy Melton feels rather underwhelming when measured up to other masked killers, and the lack of originality and creativity in his kills and stalking styles juts makes him another run of the mill killer. However, the films twists and turns do warrant a closer look, as the films plot rides like a roller coaster leaving the audience guessing throughout. Why Melton never stalked another cinema screen is just about anyone’s guess.

Cherry Falls feels like a film that’s trying to break the horror mould. Turning the tables on the genre, much as Scream did four year prior, it plays with the correlation between sex and death, albeit in a rather heavy handed way. It’s dark, thrilling and somewhat silly at times, but certainly keeps you on your toes. However, the bargain basket killer’s twist is obvious right from the start. That said, the cast is wonderful with Brittany Murphy being just as intoxicating as she ever was. If you can take your eyes of her for a few seconds, you’ll also notice Jay Mohr really hamming it up as the killer, and boy doe she have fun with it. Cherry Falls is not the most amazing slasher, but it’s fun energy and dark settings make it a truly cool film.

The 1995 American horror comedy film, Ice Cream Man, introduces us to mentally unstable man named Gregory Tudor, who witness a gruesome murder in his youth and has never been able to get over the trauma. The crazy Ice Cream Man servers more than just frozen treats, as he murders and mutilates his victims, introducing body parts into his ice-cream. The film flopped terrible, but Clint Howard’s performance as Tudor brought the film a cult status and many fans have been DYING to get a sequel. However, a crowd funding campaign for Ice Cream Man 2: Sundae Bloody Sundae fell flat recently, so we may never see Gregory again? Ice Cream Man is a gory silly treat and well worth a first or even a second watch.

Whether Evan Rendell Jr. is a real doctor or not could be disputed, his farther Rendell senior was for the real deal, but Jr was coined with nick name “Dr. Giggles”, because of his hideous laugh. The 1992 horror slasher is a real blast of dark humour and a splashings of gore, that sees the titular Dr. Giggles escapes from a mental asylum and head out on a killing spree. Larry Drake is wonderful as Evan Rendell Jr. and if you watch this film for only one reason, it’s should be to see Drake take on one of his best villain rolls.

1987 horror film is set inside a theater, where an escaped Mental Patient start a killing spree dressed as a fictional mass murderer known as the Night Owl. The film makes no mystery to who the killer and instead concentrates on the gore and style. Being an English-language Italian film, Stage Fright has a wonderful beauty and grace about it, and even down to the films use of music.
The films killer, dressed as a giant owl, starts of quite humorously, but as the story unfolds, this blood soaked imagery because quite terrifying. Simply put, Stage Fright’s villain is one of the most bizarrely visual killers ever put on film.
It’s gory, intense and filled with great dialogue wonderful music’s and certainly worth another look.

May has to be one of the most underrated horror films of the early naughtiest. With its slow burning story, and complicated characters, the film feels a lot more intimate than your run of the mill slasher. The film follows shy and socially awkward May as she falls into murder and madness. Whilst it’s not a hugely gory or shocking film, it’s tone and pace create a film that begs for multiple viewings, especially with its super creepy ending. It’s an addictive and intoxicating film that pulls you in and spits your out. Angela Bettis’ killer just might be the most sympathetic one out there.

The Worst Enemies in Base Building Games! 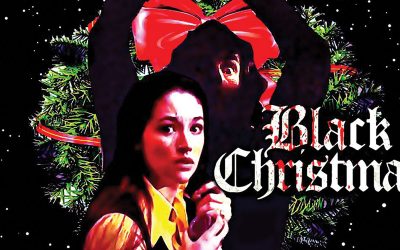 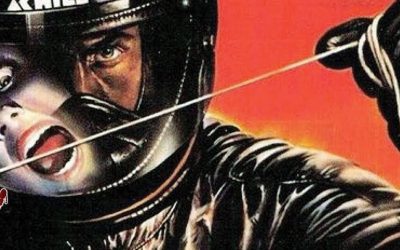 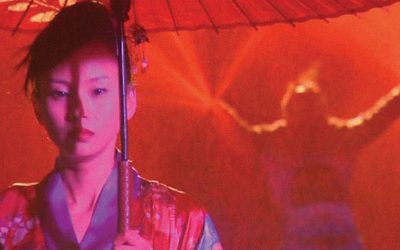 10 Cult Horror Movies You Must See Before You Die

Films you really should see!

“Hi Horror Fans – I love a good SLASHER and some of the films on this list are CLASSICS. How they never got more love than they deserved is BEYOND me? Anyhow, drop us a message in the comments below, telling us about your favourite slasher films and why your love them.