Stranded in the remote town of Hayesville, Nevada, a quiet drifter agrees to work as a night-shift janitor at Willy’s Wonderland, a once-successful family entertainment center. However, his tasks suddenly become an all-out fight for survival when the restaurant’s eight animatronic characters come to life and try to kill him. Now, teaming up with a group of teens who also found their way into the building, he will be forced to defend himself in a desperate race to survive until the next morning. 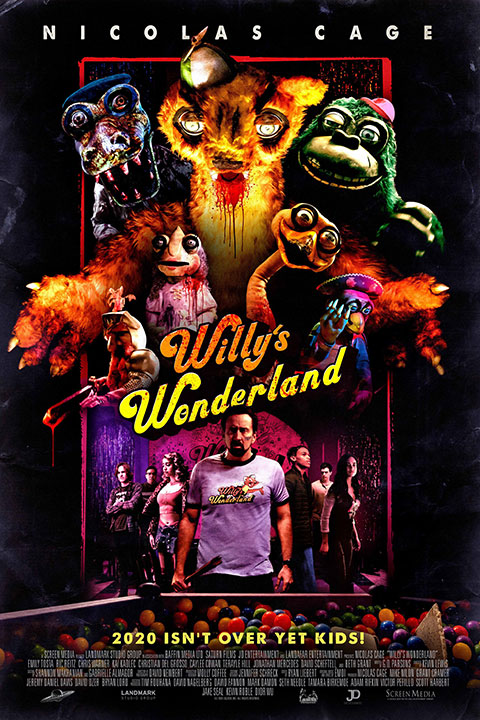