Whilst the likes of Michael Myers and Freddy Kruger have not yet reached space, there has been a fair few horror franchises that launched their respected characters into the black void. It’s by no means coincidence that almost all of these films ended the films franchises (Leprechaun had one last film in him). The desperation of keeping the films going evident in the film writer choice of location. After you’ve shot someone into space, there’s not really any where else for them to go! Looking at these films and a number of other amazing horror films set in or around space, we look at the best and worst of the bunch. Here are 12 Horror Movies that Went to Space!

With a silly plot that involves princesses and space marines, it’s hard to understand how anyone could have wanted this film, which is the fourth adventure of the killer Leprechaun. Once again starring Warwick Davis under a ton of prosthetics, the film is just a good excuse for lots of blood and gore and a scene where the Leprechaun pops out of a guy’s penis. Yep..Seriously!

No one is quite sure what the writers of bloodline were thinking when they decided to set the fourth Hellraiser film aboard a futuristic space satellite. Doug Bradley returns as the only original character from the series, Pinhead, with a ragtag bunch of uninspired Cenobites in tow. The producers were clearly frothing at the mouth with excitement of taking the franchise into space , but they forgot about adding in all that other stuff films needs, such as a plot, characterisation and a pulse! Bloodline was a clearly a cheap cash grab that reached for the stars and slipped.

After three films based on earth, finally the critters made their way back into space. Don Keith Opper returns once more as human bounty hunter Charlie McFadden, this time protecting a bunch of deep space salvagers, who unwitting unleash the critters onboard their ship. With only two Critters on the loose and without the fun and mayhem of previous films, Critters 4 turned out to be a pretty pointless expedition into the great unknown.

In one of the most disappointing films in his career, John Carpenter’s Ghost of Mars, takes the action into space. Despite a stellar cast, including Natasha Henstridge, Jason Statham and rapper Ice Cube, the film was confused and badly made. With lack lustre performances from the cast, poor direction and shoddy editing, this surely is Carpenter at rock bottom.

Base on one of the most beloved horror video games of all time, Doom managed to be awesome and awful at the same time. With Dwayne “The Rock” Johnson, Karl Urban and Rosamund Pike leading the cast, the film managed to be way to complicated for such a simple premise, but it was filled with nasty looking creatures, plenty of gore and a BFG! Hazar! Critics hated it, game fans were split, but one thing was for sure, it certainly left a big impression.

With a tag line that states “In Space, There is No Daylight.”, you get a good picture at just how awful this film is. Casper Van Dien stars as Captain Van Helsing, the captain of a ship called Mother III, that just so happens to discover space vampires. However the film fails to make use of the defendant of Van Helsing, and weaves a weak and terrible boring story of Dracula in space, without any of the fun stuff. Just like the vacuum of space against a punched hole in a ship, this film will suck the life out of you.

After decimating the teenage population within camp crystal lake, Jason found himself frozen and blasted off into space in the tenth Friday the 13th film. Simple called Jason X, because Friday the 13th part ten is just way to convoluted, Jason adjust to life in space by decimating the teenage populace onboard the ship. The film ends, much like the franchise, with Jason crashing to earth.

Critically panned, but managing to be the best of Vin Diesels Riddick films, Pitch Black is science fiction action horror film, that grew a good-sized cult following after it’s home video release. The film sees a group of survivors of a ship wreck, fighting for survival against an indigenous species that are photosensitive. In a shockingly convenient coincidence, the planet is about to be plunged into an ever-lasting eclipse, and they group must rely on convicted murderer Riddick (who can see in the dark) to save them. Really?

The Sci-Fi Horror flick Lifeforce was based on a 1976 novel called The Space Vampires, which sees a group of astronauts find a derelict alien space ship hidden in the coma of Halley’s Comet. Discovering three naked humanoid bodies, perfectly preserved onboard, they bring them back to earth, unleashing a devastating plague upon humanity. Slow to get going but with an explosive third act, Life Force is a supernova in a world of squibs.

When Danny Boyle beautifully picturesque film was advertised in trailers, no one could have fully understood just what they were letting themselves in for, as the trailers don’t quite tell you all the story. Whilst a large chunk of the film is like many space adventure films, with deadly space walks and people being sucked into the cold vacuum, the third turns into a bloody slasher, when a marooned astronaut goes all psycho on the crew of the Icarus II. With a shock ending and dark undertone throughout, Sunshine is one hell of chilling look into space travel.

With a mega cast of stars, such as Sam Neil, Laurence Fishburne and Sean Pertwee, Event Horizon is a dark and twisted science fiction horror film set around the orbit of Neptune. When the Event Horizon reappears, after being missing for seven years, a group of engineers and medics, attempt a rescue. In a Lovecraftian mix of space tech and cosmic entities, the film is a gory and dark journey into hell, that is sure to give you a few restless nights.

Ridley Scott’s 1979 film Aliens is like Jaws in space. Whilst Jaws was an unseen villain, picking people off one by one off the coast of Amity Island, Alien’s villain picks people off in space. Onboard the commercial space tug Nostromo, the crew are woefully unprepared for the devastation, that happens when an alien is let loose on the ship. Sigourney Weaver leads the show as Lieutenant First Class Ellen Louise Ripley, trying to destroy the deadly creature. The films dark corridors and eerie atmosphere made Alien one of the most terrifying adventures in space. As the tag line says “In space no one can hear you scream!” 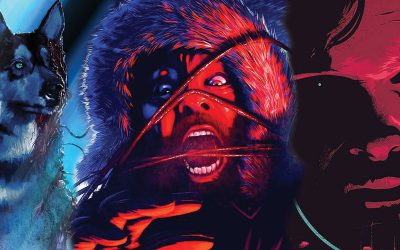 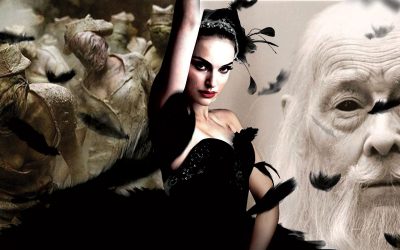 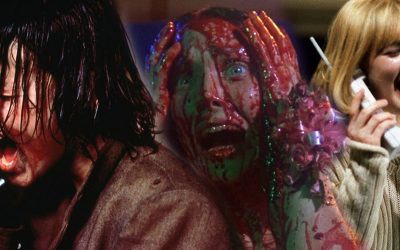 “Sup Horror Fans – Every time I see a picture of something awesome in space I say “That’s totally far out.” and everytime I write a SPACE article I think, I need a little longer to planet. But down get all SPACED OUT, lets SHOOT the breeze in the comments below. What’s your favorite space based horror film? Let us know and I’ll see you next time!